# Covid19Hoy: Germany suffers an “exponential rise” in cases amid a third wave 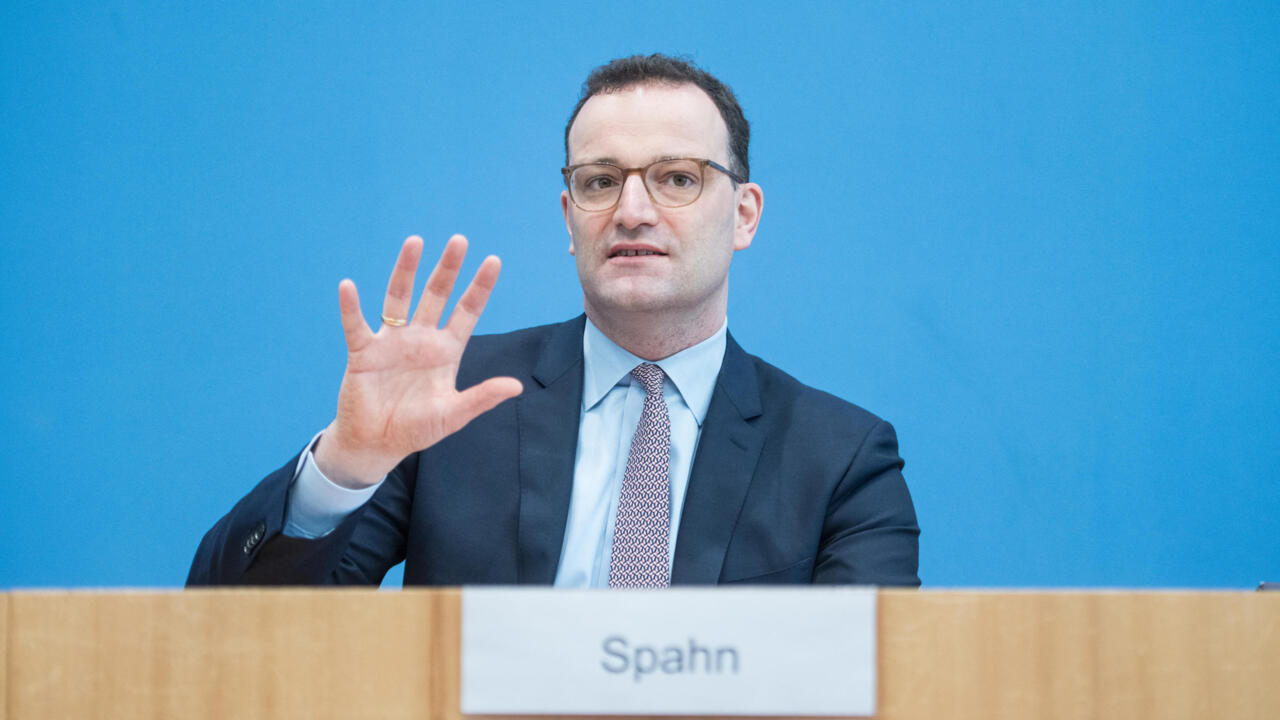 The German Health Minister, Jens Spahn, acknowledged this Friday at a press conference that the country is immersed in a third wave of the virus and that it suffers an “exponential rise” in cases, which has led the Robert Koch Institute to recommend no travel at Easter to avoid Germany being in a Christmas-like situation. Meanwhile, Boris Johnson announced a delay in vaccination in the United Kingdom and Mexico reached an agreement with the United States to receive 2.5 million doses of AstraZeneca.

More than a year after the Covid-19 pandemic began, many countries – especially European ones – see the increase in infections continues despite having been vaccinating their respective populations for several weeks. In some, such as France, harsh restrictions have been re-imposed. In Germany they are already talking about the third wave.

In the world there are already 121,882,440 people infected since the beginning of the pandemic and 2,692,806 deaths from coronavirus, according to data from the Jonhs Hopkins University.

Next, the most outstanding news of the world emergency this March 19:

The data on infections in Germany were not very encouraging in recent days and this Friday the Minister of Health, Jens Spahn, acknowledged at a press conference that the country is immersed in a third wave of Covid-19 that will be difficult to stop even by means of vaccination.

“We are in the third wave of the pandemic, the numbers are increasing, the percentage of mutations is large,” said Spahn. “An honest analysis of the situation is that in Europe there are still not enough doses to stop this wave through vaccines,” he added to recall then that “even if the vaccines arrive on time, it will still be a few weeks before risk groups are fully immunized ”.

Spahn also confirmed that Germany is in contact with Russia to close purchase contracts for the Sputnik V vaccine. “Actually, I am very much in favor of doing it at the national level if the European Union does not do something,” he said.

For his part, the vice president of the Robert Koch Institute, Lars Schaade, called for caution for the upcoming Easter holidays. “It is very possible that at Easter we are in a situation similar to Christmas, with very high numbers of infections, many serious fatal cases and highly overloaded hospitals,” he explained.

For this reason, he asked the Germans to “spend Easter with their closest friends. I also ask you to avoid travel within and outside the country. Jens Spahn also announced that with the current numbers it is very difficult for the restrictions to be lowered. “On the contrary, we may even have to take steps backwards,” he added.

The UK announced on Thursday that its plan to ease restrictions due to the coronavirus pandemic is still underway despite a delay in vaccination due to a shortage of AstraZeneca vaccine supplies from India.

The National Health Service informed hospitals that the doses will be “significantly restricted” for four weeks from March 29.

“In a vaccination of this rate and of this magnitude, it is inevitable that there will be some interruptions in the supply and it is true that in the short term we are receiving fewer vaccines than we had anticipated a week ago,” said Prime Minister Boris Johnson, who will visit India next month and denied that the Indian government has banned exports.

Johnson also announced that this Friday it is his turn to vaccinate with the AstraZeneca antidote and asked to be vaccinated to the population despite the doubts that have arisen in recent days due to the appearance of thrombi in patients vaccinated with said serum.

Mexico will have access to 2.5 million vaccines from the United States

Mexican Foreign Minister Marcelo Ebrard announced on Thursday that Mexico has reached an agreement with the United States to access the supply of 2.5 million vaccines, something that President Andrés Manuel López Obrador had requested from his counterpart Joe Biden, who until moment had denied that possibility.

Ebrard affirmed that the agreement “gives priority to AstraZeneca to ensure the second dose of 870,000 older adults (Mexicans) to whom it was applied in February.”

They ask me if it is true that there is a vaccine agreement with the United States to follow up on the conversation between Presidents López Obrador and Biden. Yes, the information is correct. Tomorrow at 9 am I will give you the details because we are still working on it. Good news!

The US position was not to allow the export of vaccines until the immunization of its population is guaranteed, however, White House spokeswoman Jen Psaki announced that the agreement would also include 1.5 million doses. for Canada.

“It is not fully finalized yet, but it is our goal,” Psaki said in a daily briefing regarding the deal. “Ensuring that our neighbors can contain the virus is … a critical mission to end the pandemic,” he added.

Psaki also acknowledged that the US currently has seven million doses of AstraZeneca that it can release, but that it will only offer to Canada and Mexico for now. “We have a number of requests from various countries around the world and we will certainly continue those talks,” he said.

Infections in India are at risk of skyrocketing. This Friday the authorities confirmed 39,726 new infections in 24 hours, a figure that contrasts with the hopeful figures for February in which around 10,000 daily cases were being registered. With this, the authorities are striving to multiply efforts so that the second wave does not go off.

Among the measures proposed by the Ministry of Health is the need to “trace a minimum of 20 contacts per positive case in the first 72 hours, along with isolation and early treatment of severe cases.”

Meanwhile, vaccination continues in the country, which has already inoculated 30 million doses, with 6.9 million people having already received the two doses necessary for immunization. “No one should have any doubts about covid-19 vaccines. I urge everyone to get them,” Health Minister Harsh Vardhan said in Parliament.

With Reuters and EFE.

Spain: autopsy of a teacher who died of a stroke indicates that there is no relationship with the AstraZeneca vaccine

State of emergency introduced in Florida