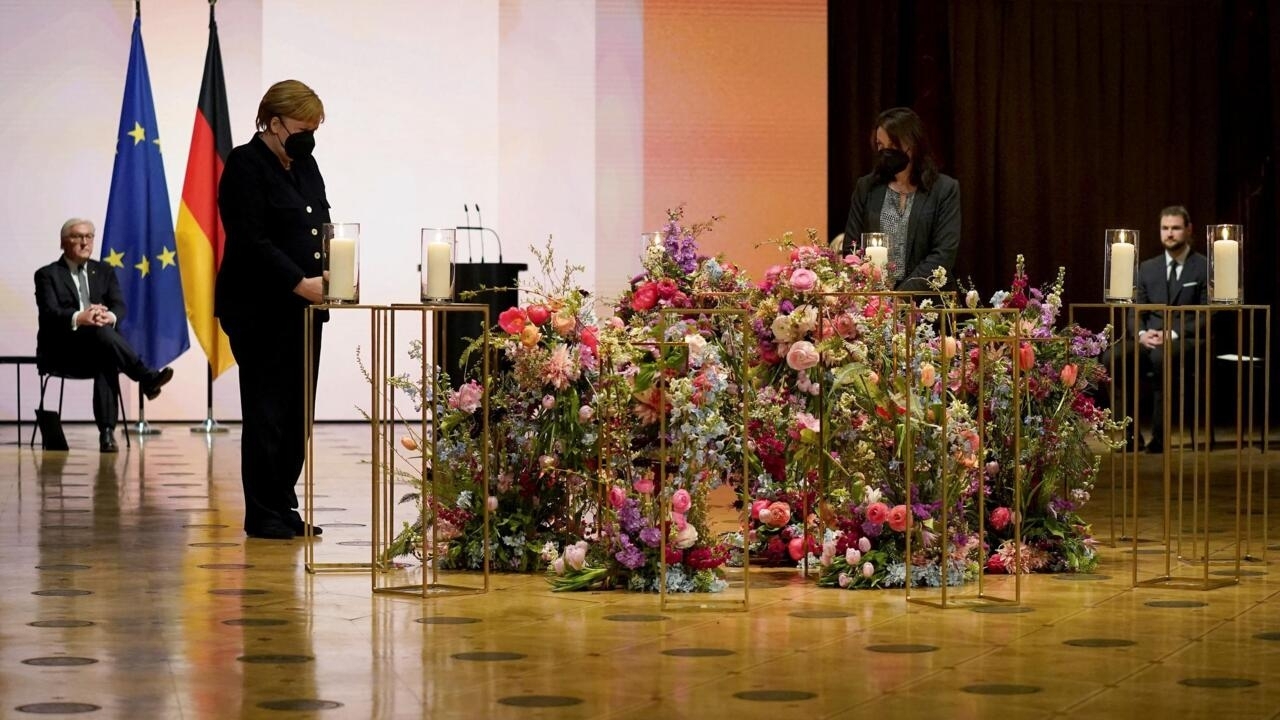 This Sunday Germany paid tribute to the almost 80,000 people who died from Covid-19, while fighting to control a new spike in infections. Meanwhile, Israel has lifted the mandatory use of masks and completely reopened its educational system. In the province of Ontario, Canada, Prime Minister Doug Ford was forced to lift the new restrictions due to a barrage of criticism.

The advance of Covid-19 and the damage it causes do not stop in the world, as well as the number of deaths as a consequence. As governments move forward with their respective vaccination programs, the pandemic continues to hit countries like Brazil, India and France.

In the world, deaths have already exceeded the barrier of 3 million and total infections exceed 140.8 million. On the other hand, those recovered from the disease are more than 80.2 million.

Next, we update all the information about the pandemic on this April 18:

While fighting to contain a new outbreak of Covid-19, Germany remembered this Sunday the nearly 80,000 people who have succumbed to the virus in the country.

The tribute, which was in Berlin, began in the Gedächtniskirche church. Later, he continued in the auditorium of the Berlin Konzerthaus. From there, the country’s president, Frank-Walter Steinmeier, the main speaker at the solemn ceremony that followed the priest, wanted to send a message of hope to the Germans.

“Let us join forces on the way forward, on this path towards the end of the pandemic that we want to travel together (…) Let us not let the pandemic, which forces us into distance, divide our society,” Steinmeier said, addressing the citizenship.

Chancellor Angela Merkel, the president of the Bundestag -lower house-, Wolfgang Schäuble, and more personalities from German public life also attended the tribute. The act, a way of showing respect for those who are gone, was solemn. It featured classical accompaniment music -Requiem by Johannes Brahms- and had limited capacity due to the virus.

Together with the German president, five relatives of those who died from the virus intervened. One of those invited to tell about her experience was Anita Schedel, widow of the doctor Hannes Schedel from Passau, as a testimony of the suffering of the Germans.

In parallel to the ceremony, Germany approved a project that modifies the Infection Law, created at the beginning of the pandemic to combat the virus. This modification includes the application of a curfew in cities that exceed 100 cases per 100,000 inhabitants, as well as the limitation of meetings, among other measures.

Despite the fact that the vaccination rate is on the rise in the country, the pandemic continues to advance. In the last 24 hours, 19,185 new cases and 67 deaths were registered. The total number of infections since the beginning of the pandemic exceeds 3.14 million, while the nation has 79,914 deaths.

Israel is one step closer to returning to normality: starting this Sunday, citizens will be able to go out on the streets without masks again after a year. With much of their population already immunized against the virus, the schools completely resumed their activity.

However, the use of the mask does not disappear completely in the Middle Eastern country. It will remain mandatory indoors and in very crowded spaces its use is recommended, according to the Israeli Ministry of Health.

For many, the use of this protection against the virus has become a habit.

“I left the house without the mask on, but after a while I put it back on because I felt weird, like I was naked,” explained Tuval Wolf, a young Israeli who was walking down a pedestrian street with a mask, to the agency ‘EFE’.

The Israeli education sector is also celebrating. After having started attending classrooms gradually since February, combining virtual and face-to-face classes, in capsule groups, about 2.5 million students have returned to face-to-face classes completely this Sunday and without being divided into bubble groups.

Prime Minister Benjamin Netanyahu, Education Minister Yoav Galant and Jerusalem Mayor Moshe Lion, visited a high school in the Jerusalem neighborhood of Har Homa.
PM Netanyahu: “Until now, pupils were in capsules, now they are together for the first time”https://t.co/7Gb5glbrXn pic.twitter.com/1Qi4LgslGc


Prime Minister Benjamin Netanyahu visited a school in the Har Homa neighborhood and celebrated progress in the education sector.

Despite the good prognoses regarding the national vaccination program and the epidemiological situation, experts warn that you cannot lower your guard. On Friday, seven positive cases of the Indian variant, still very unknown, were detected.

Israel has already vaccinated more than 5.3 million people with at least one dose of the vaccine and almost 5 million with both, representing more than half of its population – 9 million people. In the last 24 hours, the country has only registered 85 infections, far from the 10,000 daily that it added at the end of January.

After the discontent of many and a barrage of criticism, on Saturday the prime minister of the Canadian province of Ontario, Doug Ford, had to lift the restrictions that his government applied on Friday.

The new measures prohibited going to playgrounds and allowed the police to require anyone who was not at home to explain why they were out. Something that generated the rejection of many citizens and the security body itself.

Restrictions in Canada’s most populous province, where Toronto is located, were immediately met with opposition from police departments. From there, they insisted that they would not use the new Executive decree to randomly stop pedestrians or cars. Criticisms that were added to those of the health workers, who consider it more necessary to apply this type of rules indoors, more dangerous for the transmission of the virus.

A public reaction that forced Ford to retract and lift the new measures, although he assured that these would continue to be applied for outdoor meetings.

“Ontario’s improved restrictions were always intended to stop large gatherings where there may be spread. Our regulations will be amended to allow playgrounds, but at outdoor gatherings they will continue to apply. Play outside safely. Parents , keep your distance and, if you can’t, wear a mask, “Ford said through social media.

Our regulations will be amended to allow playgrounds but gatherings outside will still be enforced. Play outside safely. Parents keep your distance & wear masks if you can’t.


With schools, restaurants, and gyms closed, the closure of public parks pushed citizens to the limit. Some are very fed up with the situation of confinement, since most of the non-essential workers do not leave their homes even to work.

“We are all going through a horrible Covid-19 year and we are all against it together. The department will not randomly stop vehicles for no reason during or after the pandemic,” said Halton Police Chief Steve Tanner.

Ontario reported 4,362 new infections on Saturday and a record 2,065 people hospitalized with the virus. The outbreak has forced the province to ask other regions to send them health personnel. A situation caused by the presence of more contagious variants in the area, which do not give truce despite the advance of the vaccination campaign in Canada.

Judicial scandal in Mendoza: one by one, the causes in which a federal judge collected bribes to favor prisoners