# Covid19Hoy: Cuba and Panama report cases of the South African variant of the virus 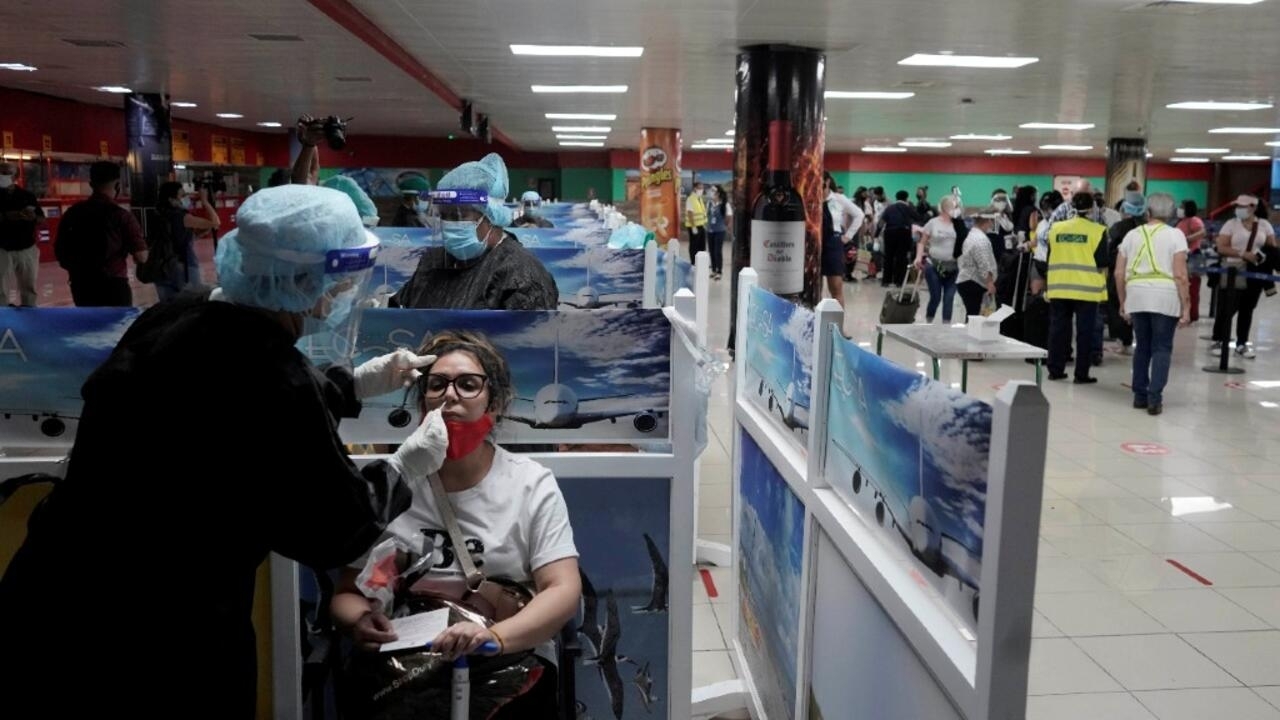 Both Cuban and Panamanian health authorities reported the detection of cases of the variant that, according to what experts pointed out, is more transmissible than the one initially identified in Wuhan, China. Meanwhile, France indicated that European travelers arriving in the country from January 24 will have to keep a seven-day quarantine and Germany reported the record of more than 16,000 infections in the last 24 hours.

The spread of Covid-19 variants keeps authorities on different continents on alert. In the 192 countries and territories affected by the pandemic, governments are taking measures to try to control the impact of the emergency that, according to the count compiled by Johns Hopkins University, leaves until this Saturday 2.1 million dead and 98.2 million infected.

The United States remains at the head of the list of nations affected by the health crisis, with 24.8 million confirmed cases, followed by India, with 10.6 million; and Brazil, with 8.7 million.

Here are the most relevant news about the pandemic this January 23:

The detection of cases of the South African variant in both Cuban and Panamanian territory was confirmed by the authorities of both nations on the last day.

In the case of Cuba, María Guadalupe Guzmán, representative of the Pedro Kourí Institute of Tropical Medicine, explained that the case detected was “imported” and that they have not yet ruled out the possibility that this variant, which until now has been described by experts as more contagious than the one identified in Wuhan, already circulating locally on the island.

“The case was detected in an asymptomatic traveler through the surveillance carried out in ports and airports,” said Guzmán, who, like Francisco Durán, the island’s director of Epidemiology, rejected the connection of the recent outbreaks with the spread of this variant and attributed the increase in infections to the Christmas and New Year holidays.

Shortly before Cuba reported the detection of the aforementioned case, the Panamanian authorities also confirmed the identification of a 40-year-old infected from Zimbabwe who arrived in the country on January 5.

The official information provided so far by Panama shows that this traveler infected with the N501Y-V2 variant was quarantined and that, before arriving in the Latin American nation, he had made a stopover in the Netherlands.

Although initially the traveler’s test had been negative, the one that was carried out five days later showed the contagion and extended his period of isolation.

With the identification of these patients, Cuba and Panama join the United Kingdom, Austria, Portugal, Japan and Norway in the list of the first countries to detect infected with the South African variant.

From this Sunday, all travelers from the European Union who arrive in French territory by air will have to comply with an isolation period of seven days, after presenting a PCR test with a negative result and another equal to the end of said period.

“As of January 24, any traveler over 11 years old who travels to France from the European area will have the obligation to present the result of a negative PCR test, carried out in the 72 hours prior to departure,” explained the Ministry of Europe and Foreign Affairs.

Only those who access France by land will be exempt from the measure, in the midst of this panorama in which the Government of President Emmanuel Macron has called on citizens to only make trips considered essential.

In the last 24 hours, the French country registered 23,292 new infections by coronavirus, a balance that worries experts, since it doubles the highest figure that had been reported in December, which exceeded 15,000 infected.

The most recent data provided by the Robert Koch Institute (RKI) of virology shows that the country registered 16,417 new cases of Covid-19 in the last day.

Although this balance shows a notable decrease in the contagion curve, which reached its maximum peak on December 18, with 33,777 cases, the persistence of the propagation chains continues to worry the authorities.

In total, the country accumulates more than 2.1 million confirmed cases and 51,500 deaths from the virus since the detection of the first cases, in the month of March 2020.

In terms of hospital occupation, intensive care units continue with more than 4,700 patients, of which at least 2,600 require assisted respiration.

Saxony-Anhalt and Thuringia are listed as two of the states most affected by the emergency in the nation, which is advancing with the vaccination process that began on December 26.

Tennis | Melbourne tennis tournaments hit by coronavirus chaos, up to 600 players forced to be isolated

Hockey Mestis will be re-launched in February, with two clubs throwing a towel in the ring