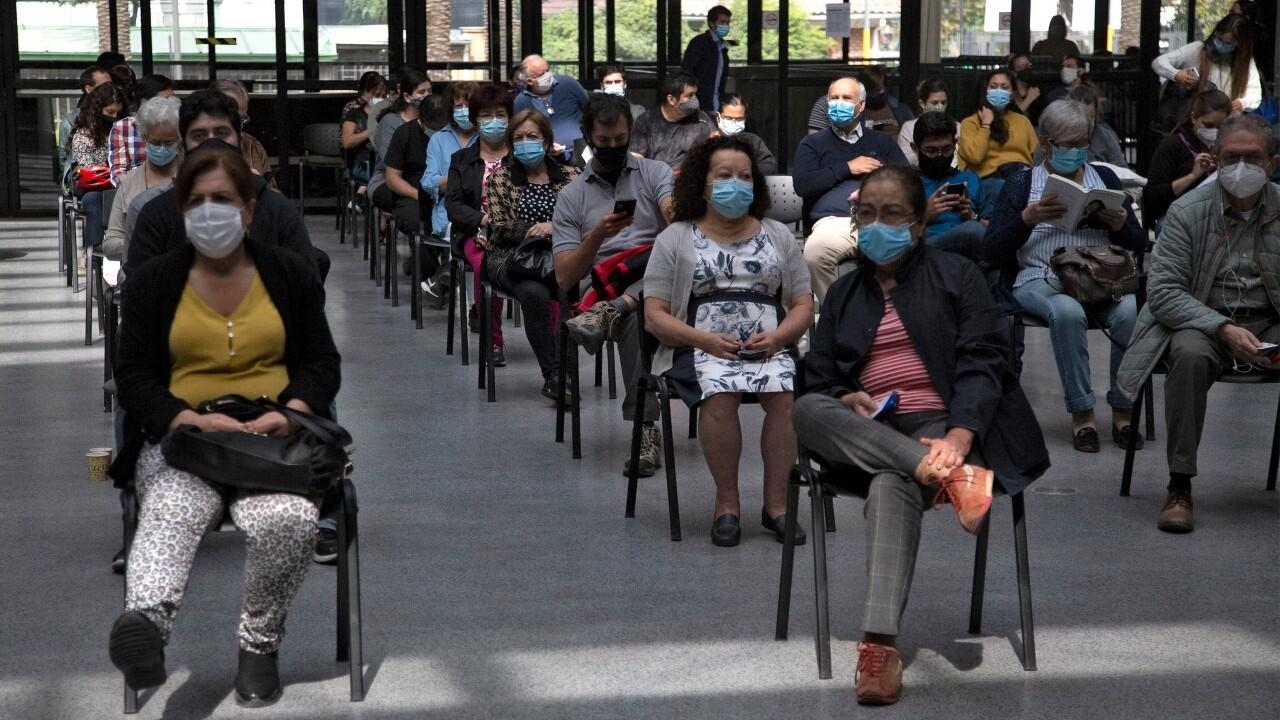 Chile has already vaccinated more than five million citizens with at least one dose of drugs against Covid-19. However, it is going through its worst rebound in daily infections, similar to that of June and July 2020. Meanwhile, Germany confirmed that it faces its third wave of the pandemic and Italy reported one of its days with the highest new cases and deaths so far this year .

Vaccination programs against Covid-19 and the relaxation of measures against the spread of the virus do not go hand in hand. This was the case in the United Kingdom and in the same way it happens in Chile, which despite being a leading country in the inoculation of drugs against the new coronavirus, faces one of the most critical stages of the pandemic.

The explanations by the experts range from an inadequate relaxation of biosafety regulations, the appearance of new strains and even the continuity of the outbreak that could not be effectively controlled, prior to the arrival of the antidotes.

While the world tries to extend immunization to stop the disease, 120,512,041 people have been infected and 2,665,742 have died from the virus throughout the planet.

Next, the main news of the pandemic this March 16:

The Chilean Health Ministry reported this Tuesday that it has already managed to immunize 5,011,517 people with at least one of the two doses required against Covid-19.

In this way, you meet your first vaccination goal, fifteen days ahead of schedule. “This achievement is a merit and belongs to all Chileans, so I thank the older adults who have given us hope and a smile”, said the president, Sebastián Piñera.

Added to this news is the extension of the inoculation program for people between 50 and 59 years of age as of March 24.

The Chilean president assured that his government hopes to vaccinate the entire target population, 15 million Chileans, in the first half of this year. This country has about 19 million inhabitants.

However, the good news has been clouded with official reports that simultaneously indicate that the nation is immersed in its second wave of the pandemic, with daily numbers of infections similar to those registered in June and July, when its hospital network was on the verge of collapse.

But, how do you explain that the country that ranks fourth in the world with the largest number of vaccinated population, according to the University of Oxford, is also going through one of the most critical phases of the pandemic?

Experts emphasize that the causes are varied. Among them is that the vaccination came at a time when the country was already overwhelmed in the spread of infections; In addition, the flexibility of measures brings with it more new cases and the fatigue on the part of the citizens about the restrictive measures weighs. In addition, the country did not achieve an effective reduction of the disease prior to the arrival of the antidotes.

This Tuesday, Piñera highlighted that “Nothing replaces personal care”, so he urged to continue with hand washing, social distancing and the use of masks.

The Brazilian territory, the epicenter of the pandemic in Latin America, registered 2,340 deaths from Covid-19 in the last 24 hours, which represents its highest number of daily deaths since the virus was detected in this country.

It thus exceeds what was the day with the highest number of deaths until now: 2,286, reported last Wednesday.

Likewise, on the last day, 74,595 new cases were diagnosed. The high averages in recent days ratify Brazil as one of the countries hardest hit by the pandemic. It is currently the second nation most affected by the disease in the entire planet, after the United States.

Added to this situation is the detection of cases with new variants of the coronavirus, which has generated a new wave of the pandemic considered by epidemiologists as more contagious and lethal. Among the new variations of Covid-19 is the strain detected in the Amazon of this country at the end of 2020.

According to the Johns Hopkins University ranking, in Brazil a total of 11,519,609 citizens have been infected and 279,286 people have died from the virus.

Infections from the new coronavirus are increasing exponentially in Germany, according to the epidemiologist on Tuesday. Dirk Brockmann, from the Robert Koch Institute for Infectious Diseases (RKI).

The expert indicated that his country is going through the third wave of the pandemic, driven by a relaxation of restrictions in recent weeks just as a more transmissible variant of the virus has spread.

Dirk criticized the decision of the German authorities to relax the confinement measures, assuring that this led to the current increase in cases, 20% more compared to last week.

“It has been totally irrational to relax here. It is only driving this exponential growth,” he said.

The number of cases per 100,000 inhabitants reported this Tuesday was 83.7 compared to 68 a week ago, and the RKI points out that they could reach 200 by the middle of next month.

Chancellor Angela Merkel and federal leaders agreed to a gradual easing of restrictions earlier this month along with an “emergency brake” to allow authorities to re-impose restrictions if the number of cases exceeds 100 per 100,000 in three days. in a row.

There will be a new meeting to discuss this matter on March 22. Currently the German territory registers a total of 2,594,544 accumulated infections and 73,785 deaths from this disease.

Italian health authorities reported that the country registered 20,396 infections and 502 deaths in the last 24 hours. The figures show a rebound in the pandemic, as it is the worst data since last January.

In addition, patients hospitalized for the virus, not including those in intensive care, are already 26,098 this Tuesday, compared to 25,338 the day before.

In addition, 319 people were admitted to the intensive care units during this day, while on Monday there were 243. The total number of critical patients thus increased to 3,256.

The situation seems not to change in the most affected areas since the health emergency began. Lombardy, the region where the first cases were reported, also registered the highest number of new people who have contracted the disease, with 4,235 more infections.

Given the situation, the Government is committed to accelerating its vaccination plan to achieve the highest possible immunity. Italy has a cumulative 3,258,770 cases and 103,001 deaths since the pandemic reached this country.