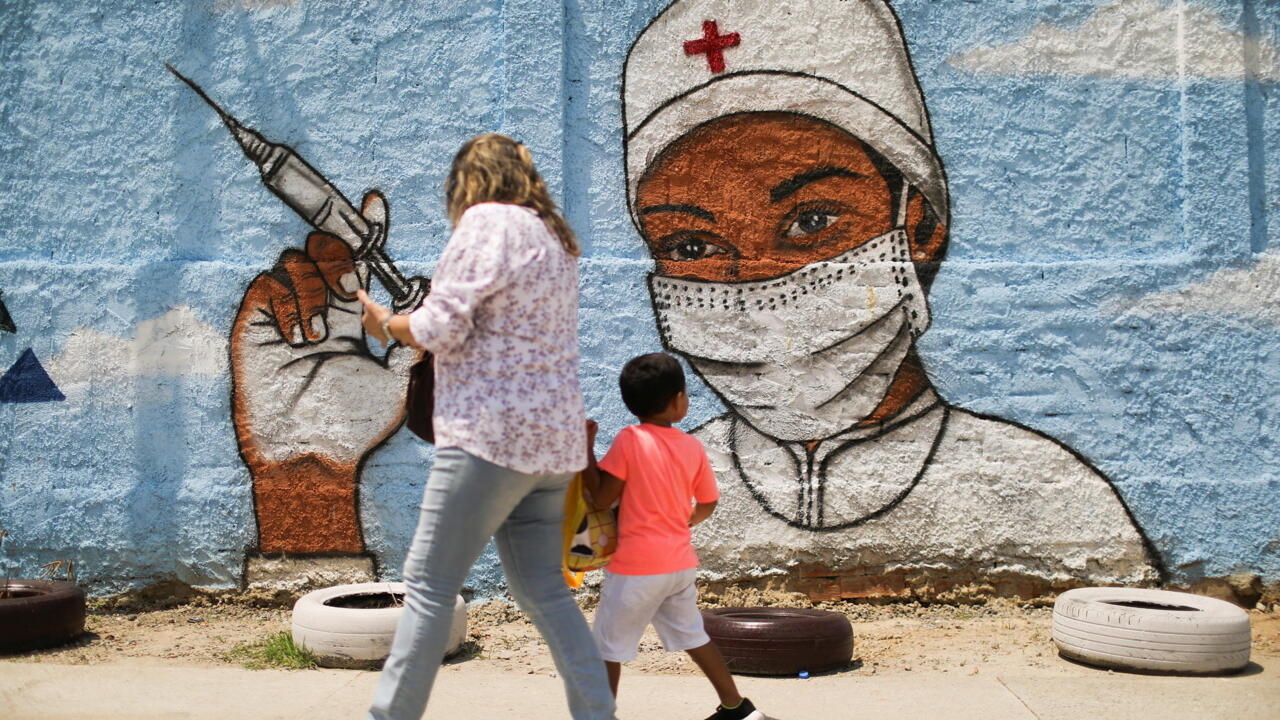 The epicenter of the pandemic in Latin America and the second country hardest hit by the global disease added a new variant of the pathogen, which has been circulating since last August. The finding hinders the fight of the Brazilian health authorities in the spread of the virus, while the health emergency, far from stabilizing, is worsening.

The coronavirus continues to rage in Brazil. The epicenter of the disease in Latin America leads tragic records due to deaths and infections from the disease on the one-year anniversary of the global pandemic.

Last Friday, for the third consecutive day, the South American nation detected more than 2,200 deaths from Covid-19, which leaves more than 275,000 deaths and adds more than 11.3 million infections. The new variant detected in Brazil is wreaking havoc in the efforts of health authorities to contain the disease. While in the Philippines, the authorities detected the first contagion by the Brazilian variant of the Amazon, in a traveler returned from the South American nation.

A context of the Covid-19 virus in which 119,182,742 million cases are registered, more than 2.6 million deaths, 67.4 million recovered, according to the Johns Hopkins University.

Here are the most outstanding news about the pandemic this Saturday, March 13:

Brazil adds new threats derived from the Covid-19 pandemic. The arrest of a new variant of the pathogen puts the country on edge and could further hamper health efforts to contain the pandemic.

A group of researchers from five scientific and university centers in the country identified “a new mutation of the virus”, which has been circulating in various regions of the nation since last August 2020, with a presence in at least 39 municipalities.

“The present study made it possible to identify a possible new strain of SARS-CoV-2 originating from the B.1.1.33 strain that has been circulating in Brazil since the beginning of 2020,” reads the statement from the National Laboratory for Scientific Computing (LNCC). The new variant, according to the scientists, would be more contagious than the so-called P1, the Brazilian variant of Covid-19 that emerged in the Amazon that generated alarms around the world.

Like the first variants of Sars-CoV-2 detected in the United Kingdom and Brazil, the new variant has an E484K mutation in its protein S, but it would be more contagious and deadly and could be making it difficult to fight the disease in the country. that in the last 24 hours reported almost 86,000 infections.

The study has not yet been published in specialized scientific journals and must be reviewed by other scientists, but the laboratory decided to anticipate the results so that the authorities can initiate a strategy for its containment as soon as possible: “the growing need for surveillance is clear. effective genetics to be able to identify potential viral mutations in advance and thus assist in the improvement of current vaccines ”, reads the note.

“The emergence of new viral variants, the limited supply of # COVID19 vaccines, the lag in uptake of new diagnostics and oxygen, and the lack of funding to support the distribution of these life-saving tools are a major challenge for the global control of the pandemic “-@DrTedros

The World Health Organization warned that the state of the disease in Brazil is “very worrying” and urged the authorities to take urgent and effective measures. A claim that the far-right Brazilian president, Jair Bolsonaro, refuses to listen to and continues to minimize the severity of the virus in his territory.

WHO: “If Brazil does not take it (COVID) seriously, it will continue to affect all neighboring (countries) and beyond.”

The disastrous response of @jairbolsonaro COVID not only harms Brazilians, but is also a threat to Latin America and the world. https://t.co/wgndDMi8qU

“Unless serious measures are taken, the upward trend that now floods the health system and exceeds its capacity will translate into more deaths,” warned WHO Director-General Tedros Adhanom Ghebreyesus on Friday.

The health situation in Brazil worries worldwide, “not only the number of cases, but also the number of deaths is increasing,” added the health expert, who has repeatedly expressed his warnings due to the outbreak in the second most affected country of the world.

A claim that President Bolsonaro ignores, maintaining his speech against vaccination and downplaying the warnings of the highest health body. While the Brazilian experts affirm that the current situation of the pandemic in Brazil is due to the new variants that “confer greater transmissibility”, according to Maria Van Kerkhove, technical manager of the WHO.

This Saturday, former Brazilian President Luis Inácio ‘Lula’ da Silva received the first dose of the serum against the disease.

The Philippines is the second Asian country most affected by the Covid-19 pandemic, with more than 600,000 positives, a situation aggravated by the confirmation of almost 100 infections of a new local variant, similar to P.3, detected for the first time in the nation earlier this month.

“At present, P.3 is not identified as a variant of concern, as the current data available is insufficient to conclude whether the variant will have significant implications for public health,” the Philippine Ministry of Health said.

But the spread of the Philippine variant is already crossing borders. This Saturday, the authorities of Japan alarmed of a first contagion detected in a traveler from the Philippines.

The Asian variant is different from those previously discovered in Brazil, South Africa and the United Kingdom, but it could be more resistant to immunity than the first strain of the coronavirus.

Anglo-Swedish pharmaceutical giant AstraZeneca is experiencing its worst moments after a multitude of countries – including Denmark, Norway, Iceland, Thailand and Congo – paused the launch of its injection due to widespread fear of blood clots reported in hundreds of patients inoculated with their serum.

Despite the fact that both the laboratory and the World Health Organization launched a message of calm, several countries are reluctant. On Friday, the WHO endorsed the AstraZeneca injection, stating that it is an “excellent vaccine” and that there is no scientific reason not to use it.

A claim also supported by the European Medicines Agency, in charge of authorizing the use of drugs against the virus, which added that “the benefits of the vaccine continue to outweigh its risks and the vaccine can continue to be administered” while the reports.

Several nations of the European Union have asked to stop using some batches, which will be reviewed “until all doubts are dispelled,” according to Bulgarian Prime Minister Boyko Borissov.

While the authorities of other countries of the European bloc refused to suspend the use of AstraZeneca serum, despite reports of sporadic cases of blood clots, still under study on the responsibility of the injection. “I regret that, as of knowledge, since Friday morning, some countries of the European Union have suspended vaccines with AstraZeneca,” said German Health Minister Jens Spahn.

For its part, this Saturday India announced that it will begin to review the side effects of the AstraZeneca / Oxford serum. The country has applied more than 28 million vaccines so far, most with the doses of the Anglo-Swiss laboratory, produced by the Serum Institute of India. “We are analyzing all adverse events, particularly serious adverse events such as deaths and hospitalizations,” claimed the country’s authorities.

Justice League: Ray Fisher saw the movie and says it was worth it

Practical guide to understand (or not) the Espanyol B league

Russia Psychiatrist: The most ill-treated treatment in a Russian prison camp is equivalent to torture – “Breaking a dream is the surest way to make a person’s psyche collapse”