Covid, the future of Italy in Israel: vaccine protection at 16% and third dose 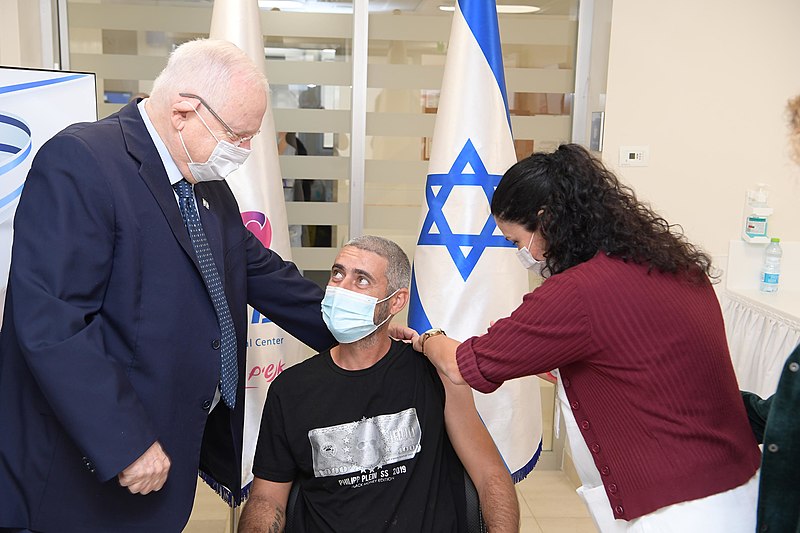 Vaccine protection only at 16%, fourth wave and record of infections since last February, the need for a third dose of vaccine to try to avoid a new lockdown. What is happening in Israel, a country hitherto taken as a model for its effective vaccination campaign, could be an anticipation of what will happen in Italy in the coming months. On the other hand, the Italian experts themselves are now unanimous in recognizing that a third administration of one of the anti Covid serums will be needed to contain a new U-curve of infections.

Let’s start with the data on infections, which have returned to run at a rate of over 6,000 new patients a day with a positive rate of almost 5%. Not only. The number of seriously ill patients also rises, now almost 400 with 88 in critical conditions and 63 in resuscitation. All this, in fact, in Israel, that is to say a country that has represented a virtuous example in the management of the Covid emergency. Yet vaccinating almost the entire population was not enough. First of all, because about a million people are missing from the roll-out who still act as spreaders of the virus. And, second, for the lowering of the protection guaranteed by the vaccine in those who received the dose.

Israel, vaccinated protection from Covid has dropped to 16%

In fact, in those who had the Covid-19 vaccine in January, protection from infections dropped to 16%. A very low percentage which, as evident, certainly does not protect against contracting Covid again. Despite the increase in cases, even among the fully vaccinated, those who received both doses of the vaccine are still far less likely to contract severe acute respiratory syndrome, according to data released by the Israeli Ministry of Health. In fact, if protection from coronavirus contraction has dropped to 16%, that from severe forms and hospitalizations remains very high, i.e. between 82% and 91% and in the second between 86% and 94% .

From Israel an anticipation of what will happen in Italy: third dose to avoid lockdown

This is also why the authorities are running a campaign on the third dose of the vaccine. Most Israelis who received the third dose also reported the same side effects they had after the second dose. But according to the local authorities the only way to stop the increase in infections is precisely to complete the new administration campaign as quickly as possible. At the moment almost half a million citizens have already received three doses, in particular the elderly and other vulnerable people.

The results, with the same number of infections, can be seen. If at the beginning of January with six thousand positives there were 700 seriously ill, now they are “only” 400. But the government is not unbalanced on the possibility of introducing new lockdowns, when it thought it would no longer have to resort to this tool. In the meantime, the green pass has been reintroduced to incentivize vaccinations while a new travel strategy has been made, with the request for quarantine for all those who enter the country, even if vaccinated. Similarly, several countries around the world are reapplying restrictions on the entry of those arriving from Israel, which has returned to being a risk zone.

Italian virologists are convincing themselves: “We need a third dose”

The dynamics taking place in Israel could give an indication of what may also happen in Italy in a few weeks. By now, most experts are convinced that a third dose of the anti Covid vaccine is necessary, to be inoculated starting next autumn. For example, the virologist abrizio Pregliasco, professor at the State University of Milan, is of this opinion, who warned that, after the peak of this wave which could be reached “hopefully within two weeks”, a new increase must be expected. ,

“For the autumn, I fear, we must expect a further increase due to the weather conditions, the consequences of the post-holidays and the reopening of schools which will be an element of risk”, says Pregliasco. A “third dose” of the vaccine against Covid-19 “is certainly to be foreseen” as well as the possibility that “we will never have a declaration of ‘end of the pandemic'”, as much as a “tolerance situation with few cases and few deaths, as happened with HIV, “he said in an interview with La Stampa. Adding that masks will continue to be worn for at least a year. The pandemic is not over yet.