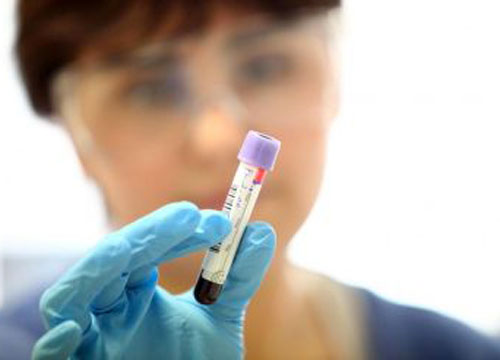 Covid contagion follows the blood group rule: Coronavirus more easily infects people with a blood group compatible with that of an infected person

The hypothesis is suggested by a mathematical model developed by researchers of theItalian Institute of Technology, led by Giancarlo Ruocco, and published in the prestigious scientific journal Plos One.

“It all stems from the hypothesis put forward in 2020 by a French research group at the University of Nantes according to which the transmission of the virus was connected to the blood group of the infected”, told ANSA Ruocco, director of the IIT center in Rome and study coordinator. Human blood can be classified into 4 different blood groups (0, A, B and AB) based on the presence of special molecules on the surface of red blood cells (called antigens) which act a bit like identity cards essential for compatibility as they trigger immune responses. A mechanism whereby subjects with group 0 can donate blood to all groups without obstacles but receive only that of the same group, while AB can only donate to AB but receive that of all.

“The hypothesis of the French researchers is that in some way the virus once replicated in a subject carries with it this same information, integrating the antigens of the blood group on the outside. It follows then that those who have blood belonging to the AB group can be infected by any individual while those who are 0 can infect anyone without discrimination of blood groups ”, added Ruocco. “To verify this hypothesis we developed a mathematical model that took into account the variations in the distribution of blood groups that exist between nation and nation, for example we know that in South America there is a strong prevalence of group 0 while in Asia there is a large homogeneity of all groups “.

The results were then compared with the trend of infection in 78 countries during the very early stages of the infection, before each country began to fight the infection with preventive measures such as lockdown, physical distancing and the use of surgical masks. “We can say that our work has statistically confirmed the validity of the initial hypothesis,” said Ruocco. Now, however, it will be necessary to obtain experimental checks, that is, to understand whether this mechanism is also present in individual cases, between individual groups of infected people. “If it were true – concluded the IIT researcher – more efficient strategies could also be adopted to limit the spread, trying, for example, to limit contacts between subjects whose blood groups are particularly ‘related'”.

The designer of the BMW X5 crushes the 2 Series: “Too many corners” | FormulaPassion.it