Covid, Mantovani: “Here’s what we learned from the pandemic”

In the health crisis we are experiencing, it was not only Covid-19 that infected us, but also the fake news epidemic that reached everyone, fueling fears and false hopes. The immunologist Alberto Mantovani, scientific director of the Humanitas university hospital, in his new book, “The secret orchestra” (La nave di Teseo), sheds light on a categorical imperative: that of the ‘three Rs’: social responsibility, respect for data and respect for skills, “Who does research biomedical has a duty to ask itself what is the impact on the community of its work and the way in which it communicates. To say that a dose of vaccine is enough or that the disease is sufficient to give immunity, or that hyperimmune serums work … are just examples of non-compliance with data. Potentially capable of inducing dangerous behavior “.

Therefore, the pandemic has taught us some fundamental things that cannot be affected by fake news. The first: that “Covid-19 is not like a flu”. Coronaviruses are widespread in the animal world and we humans frequently experience those of the alpha type: they are cold viruses, less insidious because they mainly infect the upper airways. The protagonist of the pandemic is instead part of the beta type, dangerous. The second: “Sars-Cov-2 also enters the central nervous system”. We are now used to seeing Sars-Cov-2’s signature crown, which is the protein envelope around the genetic package. But it is this crown, the trap that makes us sick. Its spikes, made from proteins called spikes, are like keys that can open locks. They attach themselves to other proteins, namely the ACE2 receptors of cell membranes, and open doors. Viruses cannot multiply by themselves, so they enter cells and take control of them, to transform them into factories of their own copies. Coronavirus not only attacks the respiratory tract: for example, it enters the central nervous system using a gateway other than ACE2.

See also  Cancer, the patients in therapy most vulnerable to fake news on Covid

The third ‘truth’ learned is that “Vaccines are the hope”. “Vaccines are our hope of getting out of the pandemic”, reads the book ‘The Secret Orchestra. “” Protecting us from infection or serious forms of the disease is what vaccines against Covid-19 do. And avoiding hospitalization and death is extraordinarily important both for the individual and for society as a whole, because it secures the National Health Service, allows for screening and treating cancer, preventing and treating cardiovascular diseases, carrying out surgery. and so much more. In short, protecting us from serious illness puts us all in safety “.

And again: “The vaccine protects more than having made the disease”. Among the things we know, the immunologist notes in his new book, is that getting vaccinated protects more than getting sick, especially in the elderly. And now the data on the field testify to this.

“Messenger RNA works.” The immunologist recalls how the messenger RNA vaccine is “a miracle of scientific research that took place in less than a year, but with twenty years of research behind it in different fields”. Pfizer-Biontech and Moderna vaccines carry genetic material: for the first time in history, they do not contain parts of the virus or viral particles but provide our body with the information necessary to produce the Spike protein, thus training the immune system to recognize the virus without never have come in contact with you. The immunologist then explains how “the genetic heritage of a person is not altered at all and – he reiterates – there are no long-term consequences such as infertility” or other unfounded fears.

“The heavy inheritance in children and adults”. “The doctors of the Giovanni XXIII hospital in Bergamo and colleagues in England observed, in pediatric patients and adolescents in particular, apparently recovered from the infection, the appearance of a very serious clinical picture, which often leads to the treatment unit intensive, similar to that of Takayasu’s arteritis, an autoimmune disease affecting the vessels “writes Mantovani in his book. And he explains: “It is actually a new disease which has been given the name of Mis-c (Multiorgan Inflammatory Syndrome Sars-Cov), whose development mechanisms remain largely mysterious. Furthermore, it has been discovered that Covid -19 can leave a heavy inheritance in the healed people, the Pasc, better known as long Covid: a picture with still poorly defined contours that includes respiratory, joint, cardiovascular and psychic problems, which constitutes a serious health challenge “.

We also learned that “some get sick more than others”. And among the factors that determine the severity or not of the disease are “aging, with the raising of the inflammatory tone” which is “the main risk factor”, writes the immunologist. “Other factors are obesity and lifestyle (for example smoking), which are also linked to inflammatory tone and immunological status”. But genetics or everything also ‘weighs’ and in particular the genes that have to do with the immunity called ‘innate’.

Last but not least, “The right treatments”. “We have learned not to use many drugs that have proved useless, such as aspirin, and to use drugs such as corticosteroids in patients with respiratory failure in the right time window, during the evolution of the disease” writes Mantovani, underlining instead how it did not work instead hyperimmune plasma therapy. And then there are “the monoclonal antibodies, on which the research is focused: manufactured in the laboratory from a single cellular clone, they are all identical to each other, capable of acting against a specific target”. And the antivirals, which will soon also arrive in Italy. 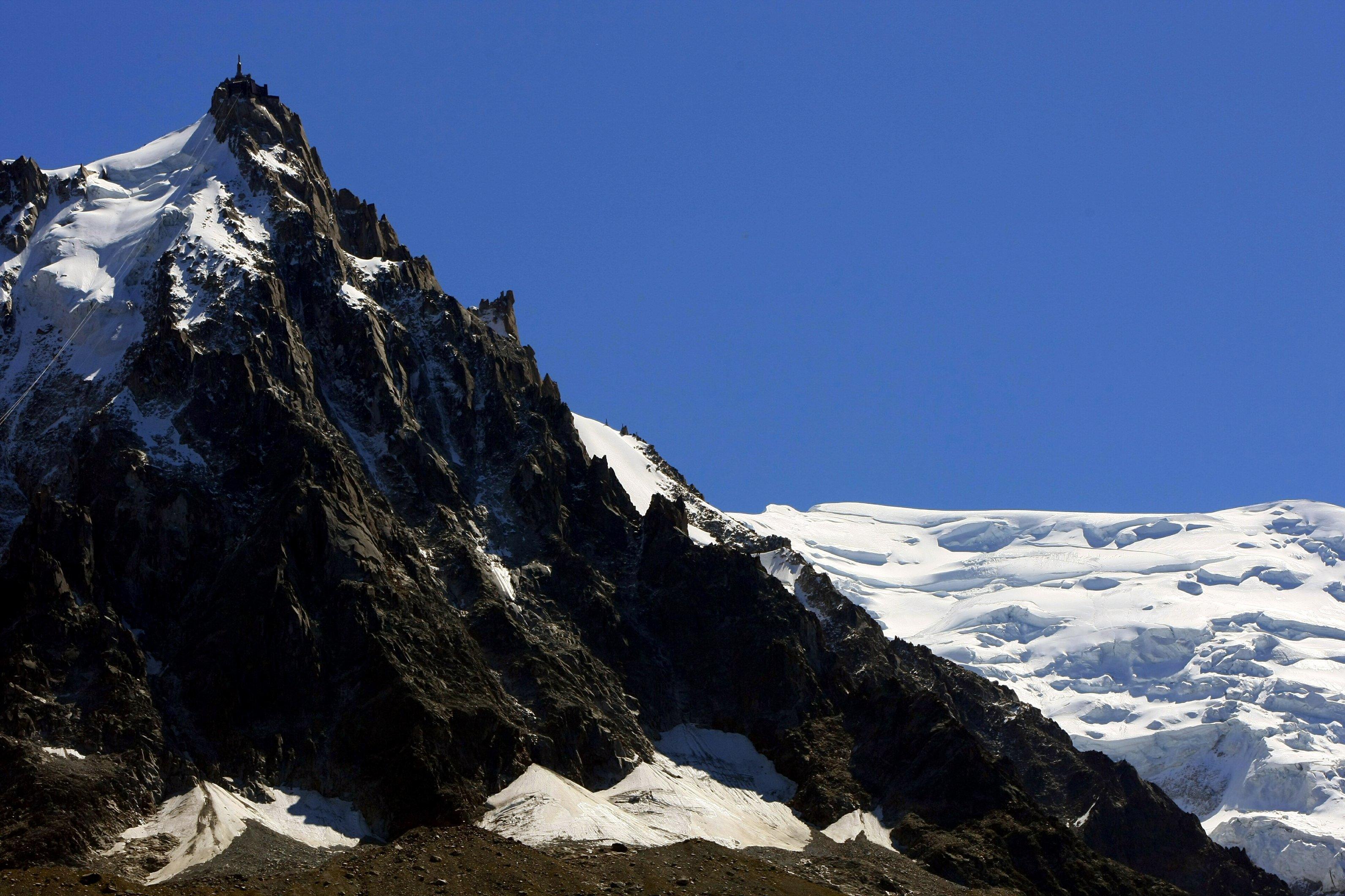 Francesca Masi, a patient with chronic idiopathic myelofibrosis and a trekking enthusiast, will climb "to the top" of Mont Blanc....

School, Rasi: “Stop the obligation to mask? For children, but not for teachers”

Obligation to wear a mask at school, "in the last month I would leave children and teenagers free from having...

Vaccine against Covid in Italy. The booster doses, third and fourth doses, do not take off for the most fragile... 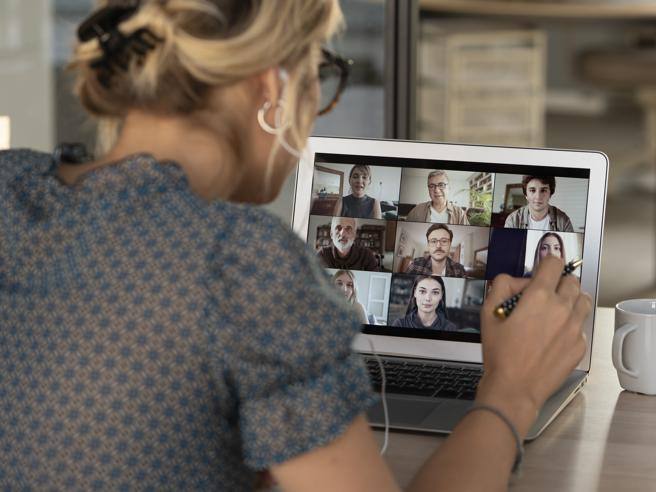 One in three people feel uncomfortable in video calls: the fault of “dysmorphophobia”

from Danilo di Diodoro The frequent use of online meetings puts many people in difficulty and there is an increase...

Piedmont, “Let’s take care of the protection of the diabetic patient”: follow the live broadcast on Adnkronos

The importance of the prevention of infectious diseases for diabetic patients and the protection opportunities made available by the Piedmont...

Navas, 600 games and a challenge

Woman stabbed to death in front of daughter: ‘That girl had to see what the perpetrator did’