Covid in Liguria: 4,668 new positives, stable hospitalizations. In Italy the positivity rate drops to 13.7%. First cases of Omicron 2 in Genoa

First cases of Omicron 2 in Genoa

Thanks to the report of the Genoa Hygiene Laboratory directed by Professor Icardi, the Omicron 2 variant was sequenced for the first time in Liguria: two confirmed cases, one after routine sequencing at San Martino, the second instead emerged from the sequencing of a sample resulting from national monitoring, which involves the laboratory. This was announced in a note by the San Martino hospital in Genoa.

The number of hospitalized in Liguria is substantially stable: they are one more than on Thursday. In total, as indicated in the table below, there are 758 patients admitted to hospitals, of which 40 in intensive care (as in the previous 24 hours).

There are 11 death reports transmitted by the Ligurian local health authorities to the Ministry of Health, as indicated in the table below. The Region specifies that these are deaths recorded in the last 24 hours but which occurred between 26 and 27 January.

The bulletin in Italy

The number of infections still fell from 155,697 to 143,898 with the positivity rate losing 1.3 and thus decreasing to 13.7%. There are less than 15 in intensive care and less than 57 in the medical wards also Covid hospitalizations. Still many deaths, 378 even if slightly down compared to the 389 of yesterday.

In Lombardy the number of infections and deaths fell from 25,098 to 21,369 compared to yesterday’s 123.
Cases in Piemontand despite the fewer tampons than yesterday. There are 14 deaths, two less than 24 hours ago.

The growth curve of Covid infections continues to decline Veneto. In the last 24 hours, 16,518 new positives were discovered with the swabs against 18,998 yesterday. However, there are 31 more victims than yesterday. The current positives in isolation drop, 256,879, 5,602 less in 24 hours. The number of Covid hospitalized in medical areas decreases, 1,810 (-37), while those in intensive care units return to increase, 194 (+9).

L’South Tyrol records 4 deaths and 2,241 new cases against 2,360 yesterday. There had not been such a high number of victims for about ten days. Hospitals recorded an increase in covid patients in normal wards (+7), while the number of beds occupied in intensive care fell to 12 (-2). 34,202 South Tyroleans are in quarantine, while 2,745 are healed.

The numbers on the epidemiological situation also place for this week the Valle d’Aosta in the orange zone. The employment rate of the ordinary departments is the highest in Italy (50.3%), based on what is learned, in the fact sheet on the decision-making indicators that accompanies the weekly ISS-Ministry of Health monitoring on Covid. The bulletin released yesterday by the Region on the basis of USL data reports seven patients in intensive care, placing the Valle d’Aosta in the orange band also with respect to this parameter (33 places available).

No region, confirmed Minister Speranza, will change color this week.

The highest bed occupancy rate for Covid in intensive care is recorded this week in Autonomous Province of Trento (27.8%), in the Marche (at 27.3%) and in Friuli Venezia Giulia (at 23.4%). The highest employment rates in ordinary hospital wards are instead recorded in Valle d’Aosta (at 50.3%), in Liguria (at 39.3%), in Sicily (38.1%) and in Calabria (at 38%). According to what is learned, it emerges in the card on decision-making indicators that accompanies the weekly ISS-Ministry of Health monitoring on Covid

See also  Mykolaiv, in the city of the buried alive: "Locked in the garage for 92 days"

Yesterday the Commissioner Structure, in agreement with the Ministry of Health, finalized a contract with the pharmaceutical company Pfizer for the supply of 600,000 complete treatments of the antiviral Paxlovid in the course of 2022. Francesco Figliuolo. The distribution of the first tranche of the drug, equal to 11,200 treatments, will take place in the first week of February and will be distributed to the Regions according to the indications of the Ministry of Health and Aifa. The further treatments provided for in the contract will flow later

The growth of Covid-19 cases among doctors, nurses and other health workers does not stop. In the last 30 days there were 54,005 against 3,982,099 overall cases of Sars-Cov-2 infection recorded in Italy. This is what emerges from the data of the integrated Covid-19 surveillance in Italy, by the Istituto Superiore di Sanità, updated as of January 26.
The updated data as of January 20 reported 3,412,930 cases in the Italian population in the previous 30 days and, of these, 47,607 among health workers. Those of January 13 reported 2,432,925 cases in the country, of which 34,446 among health workers.

In Italy, on 17 January, the “Omicron 1” variant was still predominant, with an estimated prevalence of 95.8%, with a regional variability between 83.3% and 100%, while the Delta was 4.2 % of the sample examined (range: 0% -16.7%). These are the results of the rapid survey conducted by the Higher Institute of Health (Iss) and the Ministry of Health together with the regional laboratories and the Bruno Kessler Foundation. In total, all the Regions and Autonomous Provinces and a total of 124 regional laboratories and the Military Health Laboratory participated in the survey and 2486 samples were sequenced. 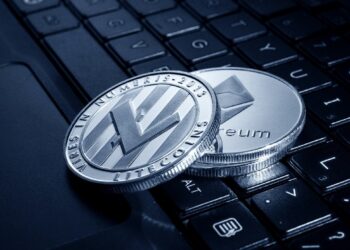