Covid: despite the strictest controls, one in three travelers does not respect the quarantine when they return to the country 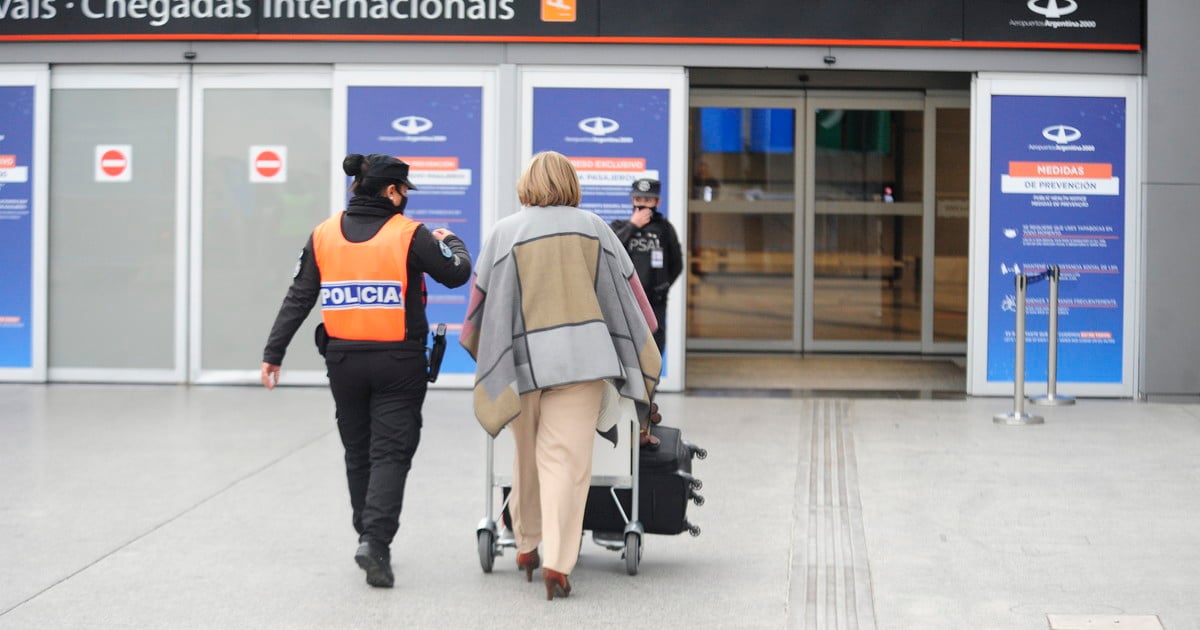 Despite the tightening of State controls so that those who come from abroad comply with a 7-day quarantine at their homes, a third of them do not. The measure was taken to try to stop the spread of new variants of the coronavirus.

This was verified by a survey of National direction of Migration between June 13 and the last weekend. This was done on the eve of the new restrictions that will take effect from this Monday when the passenger arrivals allowed by Ezeiza go from about 2,000 to 600 per day. The rest of the measures to try to stop the coronavirus health crisis will take effect from Thursday, July 1.

In mid-June, when the Government recognized its fear that the contagious Delta variant (originally detected in India) would begin to circulate in a community way in the country, the control operation was launched with inspectors going House for house of the passengers arrived. They did not go to all of them, but they went to certain addresses chosen on a map.

From June 14 to 20, the inspections detected a 40 percent of breach of quarantine, which can lead to criminal cases, said the authorities consulted. That percentage dropped a bit as of June 25, but remains high: 35 percent.

1,998 inspections were made of the homes of those who had to be “kept” in the hours that were 691 weren’t there, 1307 yes. These are the total figures of all inspections carried out in the country.

“The problem with home quarantine, as we saw, is that it is not being fulfilled. People believe that because they are vaccinated and they were tested when entering the country, that’s it. And it is not like that“said Florencia Carignano, the director of Migrations in dialogue with Radio Jai.

“The monitoring of the Ministry of Health has detected many cases in which the disease manifests itself 2 or 3 days after entering. And there is also the fantasy that because they are vaccinated they will not get infected and it is another big mistake“he added.

In addition to a negative PRC to be able to travel, and an antigen test that a private laboratory does in Ezeiza to every passenger who arrives in Ezeiza, the sworn statement that is signed before embarking to Argentina establishes a commitment to ten days quarantine that start to take effect 72 hours before taking the flight, with which, at home, they end up being a seven-day lockdown.

As of Thursday 1st in addition, each province will decide where will the quarantine the citizen who arrives, which will not always be at their homes.

Carignano referred this Sunday to the complaints caused by the new package of restrictions without the deaths and infections going down. President Alberto Fernandez paid this Sunday a tribute to the almost 100,000 lives that the virus has taken.

“In a pandemic, countries have had to choose between the bad and the less bad. It is an exceptional situation in the world. Today we prefer that some Argentines it takes a few days to enter the country and not that thousands of kids have to stop going to school again or that merchants have to close their businesses again because of a new wave of this Delta variant that is 60% more contagious. “

Until now, they have been detected in Argentina three cases of the new mutation discovered in India. All were imported: they were passengers who were infected abroad and their covid-19 picture was detected when they arrived in Ezeiza.