Covid, Agrò (Campus Bio-Medico): “After the pandemic, Italy is a model for the USA”

“After the pandemic, our vision of care has changed. We have a duty to redesign the global health model, building on the experience gained during the pandemic and with the help of funds from the Recovery Fund.” This was underlined by Felice Eugenio Agrò, full professor and director of the specialization school in anesthesia and resuscitation of the Bio-Medico Campus, in the lectio magistralis held at the conference “How the Covid-19 pandemic has changed our vision of care”, organized by M5S in Senate.

“We must reorient health policies to have more universality and equity, more public health, more primary care – remarks Agrò – These objectives are difficult to achieve in a pluralistic health model like the American one, instead they are more achievable in a universal health model like the Italian one. . The new model of global health, where global safety and universality of care come together, can be summarized in 4 principles: integration, financing, resilience, equity. Integration between the prevention system and the care delivery system – he explains – and equity understood as universal access to primary care for citizens of the poorest countries. The protection of health is not only a right enshrined in article 32 of our constitution, but, as Oscar Wilde says, the protection of health is the first duty of life “.

In the States, health tourism is increasingly widespread: citizens without health insurance pack their bags and leave for treatment without financially ruining themselves. “In the United States, where health is considered not a right, but a consumer good and where the state does not intervene in the financing of healthcare for citizens, medical tourism was born, the phenomenon for which 45 million Americans, who they cannot use the health service and who cannot afford health insurance coverage, they go to be treated abroad to spend at least 70% less than US hospital care pricing “, the Agrò picture traces.

“For example, a heart valve replacement surgery, which would cost about $ 200,000 in the US, costs about $ 30,000 in India, South Korea or other countries – he explains – with savings of about 85% of American costs, even if it includes the round trip flight and the hotel. The same intervention in Italy costs 90% less than in America, it costs about 20 thousand euros instead of 200 thousand dollars. In Italy not only health is a sanctioned right by the Constitution but it is provided in safety, quality and appropriateness. Our health system manages to align global health security policies with those of universal health coverage “, he underlines. “Health in a static conception is nothing other than the absence of disease, while in a dynamic conception health is identified as a state of well-being deriving from the balance between the body and the psyche. For the World Health Organization (WHO ) health is a state of physical, mental and social well-being, unfortunately – affirms Agrò – sometimes the psychic and social aspect of health is underestimated. We know that medical science is not so much concerned with curing diseases as with curing sick people according to the health system models present in the world “.

See also  Valente (Sapienza): 'In Place a useful tool as an incentive'

Agrò reviews the “different models of health care organization. The best known are three, the pluralistic model, the mutualistic model and the universalistic one. In a pluralistic health system such as the one existing in the US, health is considered a consumer good . The State does not intervene in the financing of health care, which citizens provide through private health insurance. In America the State is not responsible for the health of the citizen and does not own hospitals, regulating the health services market with management bodies similar to those of other sectors (antitrust, licenses, authorizations). The planning, financing, management and control of health are left to free negotiation between citizens and private structures and the stipulation of health insurance is optional. mutual health system such as that existing in France, Germany, the Netherlands, Canada – Agrò continues – health is always considered a consumer good as in the US, but a guaranteed and regulated consumer good, based on state-regulated mutual aid organizations, whose membership is mandatory. In the mutual health system, the State is responsible for the national health policy, regulating mutuals, making registration compulsory. In the mutual health system, health financing is shared between employers and workers “.

See also  Not only 10 thousand steps, the pace also counts to reduce the risk of death

“Compared to the pluralistic system of the USA and the mutual aid system of France, Germany, Holland and Canada, in a universal health system such as the one existing in Italy, the good health is not a consumer good, but it is a citizen’s right, sanctioned from article 32 of our Constitution – recalls Agrò – In the Italian universal health system, the state is responsible for national health policy, collects funds through general taxation, allocates resources to structures based on health planning and controls the provision of services”. The Covid-19 pandemic “has put a strain on the various models of the health system in the 5 continents, noting their limitations and shortcomings, but also merits and positives in complying with citizens’ right to health in the various states and continents”, he says. And remember, retracing these long years in mind: “26 months have passed of the fight against Covid-19, months in which doctors, nurses, technicians, cleaners have lived a period full of fears, pain, but also of joy and enthusiasm for healed patients “.

Covid, no new variants in China: what the study says

No new Covid variants appear to have emerged during the recent outbreak in China. This is suggested by the outcome...

Coletto (Umbria), ‘Investing in the area and reviewing spending ceilings’

“The great hospital of the future will be the territory. We have to invest in the area, train personnel. Certain... 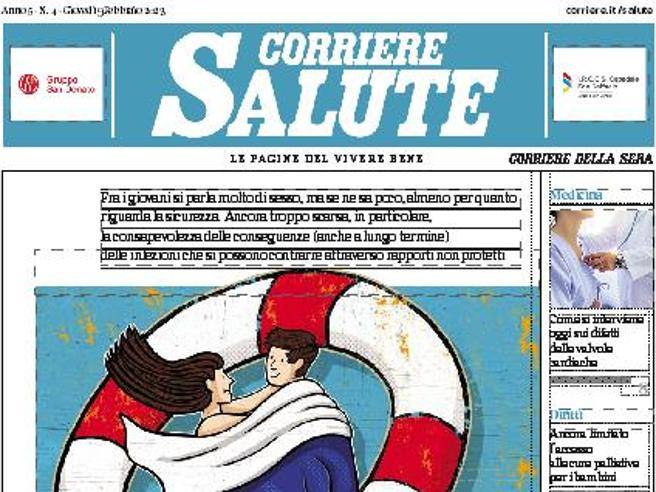 In the Corriere Salute: “defective” heart valves, what to do

Of Antonella Sparvoli They play a fundamental role in the proper functioning of the heart. We talk about it in...

Pension at 72 for general practitioners, ok amendment to Milleproroghe

"With the approval of the amendment which extends the possibility of recognizing the replacement of general practitioners in the training...

Sanremo 2023, the psychotherapist: “With Blanco you needed a pulse, Amadeus has lost an opportunity”

"A broadcast like the Sanremo Festival should try to convey" positive "messages by taking a firm position against disrespectful and...

Schillaci, ‘health is not just a money problem, we also need a prevention plan’

"The definancing of public health is a long-standing problem that has unfortunately been happening in Italy for a long time....