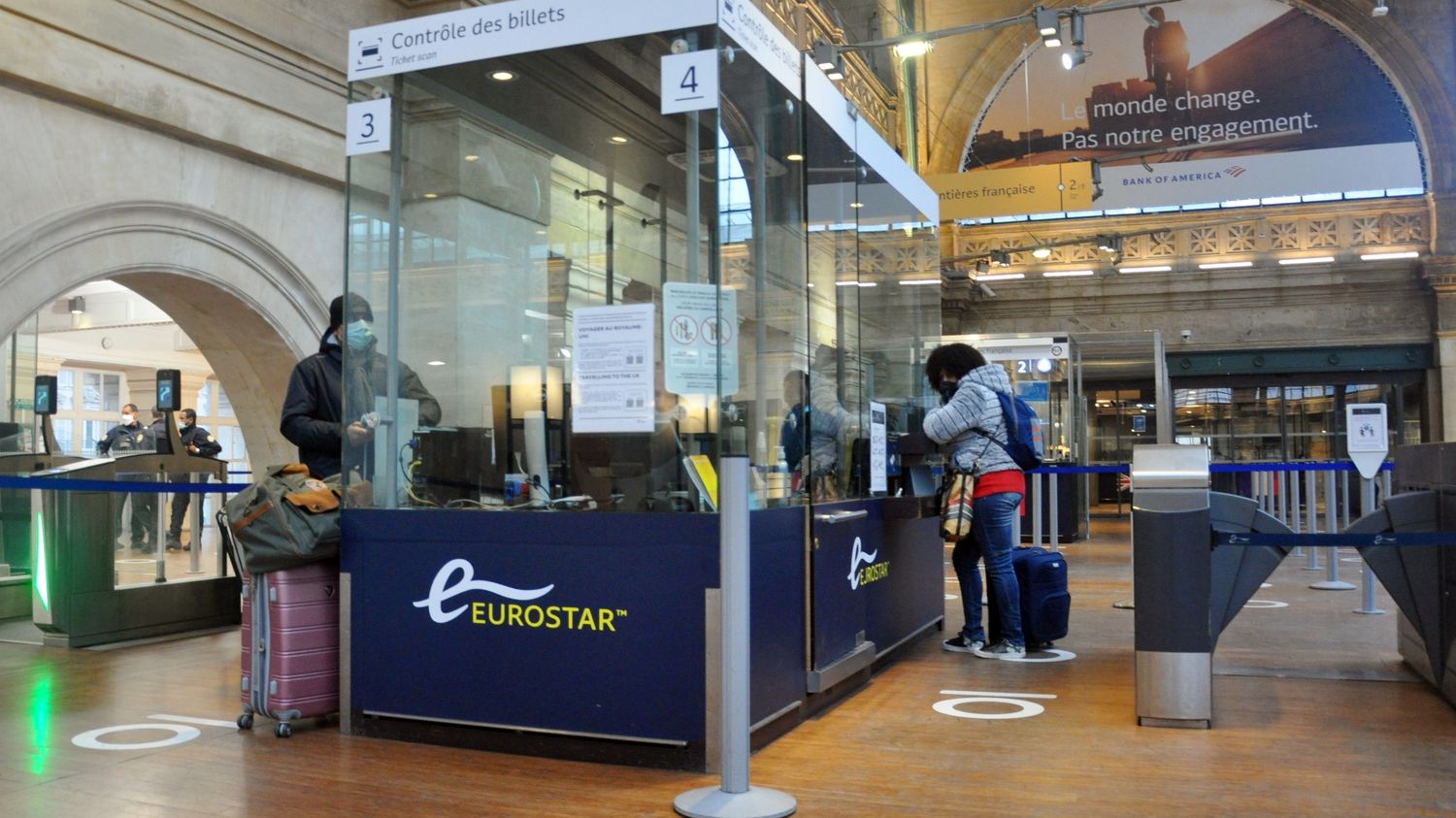 Will the variant which appeared in the United Kingdom sweep over France? To date, around twenty confirmed cases of infection with the British variant of Sars-CoV-2 have been formally identified in France, according to data communicated by the Directorate General for Health. This variant “does not circulate significantly in France” for the moment, but “we will not avoid it”, declared the President of the Scientific Council, Jean-François Delfraissy, Wednesday January 6 on France 2. To measure the propagation of this variant, it is still necessary to be able to identify it. “Tous ‘dubious’ PCR tests, that is to say that may suggest that it is a case of an English variant, will be analyzed on our platforms for what is called genetic sequencing “, explained the Minister of Health, Olivier Véran, Thursday evening at a press conference.

Across the Channel, this variant was detected as part of an epidemiological and virological investigation opened in December, after a very sharp increase in cases in the south-east of England. Some of these samples were then the subject of genetic sequencing, which made it possible to identify this variant called “VoC 202012/01” (or B.1.1.7). A retrospective analysis then made it possible to identify in Kent, on September 20, the first known case to date of this variant.

The Sars-CoV-2 RNA virus is fairly stable, but it has still been the subject of continuous genetic testing since the start of the epidemic. Many mutations disappear when they offer little benefit to the virus. But, conversely, some of them, alone or in groups, persist. To date, more than 100,000 genomes have been added to the Gisaid platform*, a project born in 2006 during the avian flu. These data allow for the establishment of comprehensive and constantly evolving genetic profiles – just go to on the Nextstrain website* to measure the extent of phylogenetic trees.

The United Kingdom is at the forefront in this field, thanks in particular to the “COG-UK” consortium. During the first week of December, for example, almost 9% of positive cases had been followed (PDF in English) genetic sequencing (156,336 out of 1,753,680 cases). “In the United Kingdom, investments have exceeded 20 million pounds for sequencing platforms, only for Covid-19”, explains to franceinfo Alexandre Gaymard, virologist at the CHU de Lyon. At the end of December, for its part, France was only in 55th place among Gisaid’s global contributors, explained Release, with less than one sequencing per 1,000 reported cases of Covid-19.

“We have been working for several months to increase sequencing capacities in France. It is accelerating.”

If the health consequences of the various mutations observed so far were negligible, the variant “VoC 202012/01”, for its part, raises serious concerns because of its virulence: it could be between 50 and 74% more transmissible than the other variants in circulation, according to the first data* from the London School of Hygiene and Tropical Medicine (LSHTM). Its emergence in any case brings to light the French shortcomings, because the authorities can no longer simply rely on a test. It is also necessary to obtain the genetic sequence of the virus samples, in order to verify or not whether they correspond to B.1.1.7. This makes it necessary to run the sequencing platforms more. “Our sequencing is more targeted. They have made it possible to identify cases in the North, in Bayonne and Tours. But it is true that more are needed”, explains Michel Segondy, virologist at the Montpellier University Hospital (Hérault).

At the time of the Christmas holidays, Public Health France first asked analysis laboratories to send their positive PCR test samples to the National Reference Centers (CNR) in three cases. This concerns people returning from the United Kingdom, those who have been in contact with a person returning from the United Kingdom and those whose “PCR test [peut] evoke the variant virus “, details the Directorate General of Health. After a lull, the sequencing platforms are back in full swing.

The Lyon CNR is currently able to sequence 200 samples per week, explains Alexandre Gaymard. New equipment is expected to process 384 samples every 48 hours, starting in February. With the emergence of this variant, “the health authorities have better understood the usefulness of these platforms, explains Alexandre Gaymard. We will improve in the coming weeks, but we must not completely saturate the sequencing on the search for this variant either. The sequencing of other strains is extremely important and must continue to be done. “

Other initiatives have emerged. “The only solution is to randomly sequence a certain number of positive people all over France, repeatedly”, estimates for example Philippe Froguel, geneticist and endocrinologist at the CHU of Lille (North), which proposes the support of a consortium, SentiCov. From January 11, the researcher will pilot the screening of 20,000 to 30 000 people in the Roubaix region. In case of suspicion, the samples will be sent to the Genopole d’Evry (Essonne) for sequencing, he says. at Parisian.

But there is another faster solution, which also allows you to put “mink” and “smart” in the same sentence. Last November, while they were working on Covid-19 in these small mammals, Alexandre Gaymard and the Lyon researchers noticed a very particular profile in the PCR tests carried out with the kit from the manufacturer Thermo Fisher. This test targets three different viral genes, but it could no longer detect one of them “due to deletion”, that is to say the absence, in this specific case, of the 69th and 70th amino acids of the S protein of the coronavirus infecting these animals.

Qhen the British noticed that the B.1.1.7 variant had this characteristic already observed in mink, they then exploited the fortuitous advantage of the Thermo Fisher test. This diagnostic method could save valuable time as it takes several days to get sequencing. “This will make it possible to classify the probable cases” variant, explains Alexandre Gaymard, co-author of a pre-publication* drawing a two-step strategy.

In any case, this is the method adopted by the Scientific Council to obtain a first photograph of the British variant on the territory. Without even waiting for the results of the sequencing, whose capacities are in any case limited, a second passage of the samples to the kit by Thermo Fisher could make it possible to give a first evaluation of the geographic distribution of the variant and its circulation.

“The Scientific Council asked all laboratories and research centers that can test positive samples a second time with the Thermo Fisher kit on Thursday. [hier] and Friday. This will allow a high estimate of variant circulation to be delivered, before finer numbers after sequencing. “

But genetic sequencing is still the only way to confirm a case. Thus, the Ministry of Health went a little quickly to work, Thursday evening, by evoking a “risk cluster” in Brittany. The next day, the regional health agency (ARS) announced that the sequencing results indicated “formally” that these cases did not correspond “to the British variant”, after receiving the results of the CNR Pasteur. Contacted by franceinfo, the ARS confirms that these samples had been transmitted after a discordant Thermo Fisher PCR test.

In Montpellier, we are already preparing to adopt this double strategy, while waiting for the arrival of the brand’s kits. But “in France, only a minority of laboratories use Thermo Fisher tests”, explains virologist Michel Segondy, “and this is not our case”. The doctor hopes to implement these double tests during the second half of January. “We should have a more precise idea of ​​the circulation of the variant during January”, he also adds. This should then be confirmed on the platforms, because the 69/70 deletions are not specific to the variant.

Like many laboratories, Michel Segondy This weekend is also taking part in an operation consisting in sending all the samples positive for Sars-CoV-2 to the CNR in Lyon in order to give rise to sequencing. From these positive tests, it will be possible to assess the part of the variant and therefore to provide an estimate of its incidence. But this operation will have to be repeated, because the small number of cases identified in France in no way prejudges the future of the variant in the territory.

In the United Kingdom, about three months elapsed between its onset and its epidemic nature. The variant now seems to have taken precedence across the Channel, since it represents around 90% of positive PCR tests. Several manufacturers are currently developing techniques targeting B.1.1.7, seeking to use the fortuitous recipe of Thermo Fisher. But these tests may be available a little late, and therefore lose their relevance if the variant ends up causing almost all cases of Covid-19.

In the meantime, France is hurrying to get answers. “The concern at the moment is whether this variant will spread and at what speed”, explained Monday on Franceinfo Arnaud Fontanet, epidemiologist and member of the Scientific Council. “He has tremendous potential and shouldn’t be allowed to escalate.” To achieve this, the measurements did not vary an inch. They boil down to respecting barrier gestures.

* Links followed by an asterisk are in English.

Project Winter: Xbox will have its own Among Us on Game Pass in January | EarthGamer 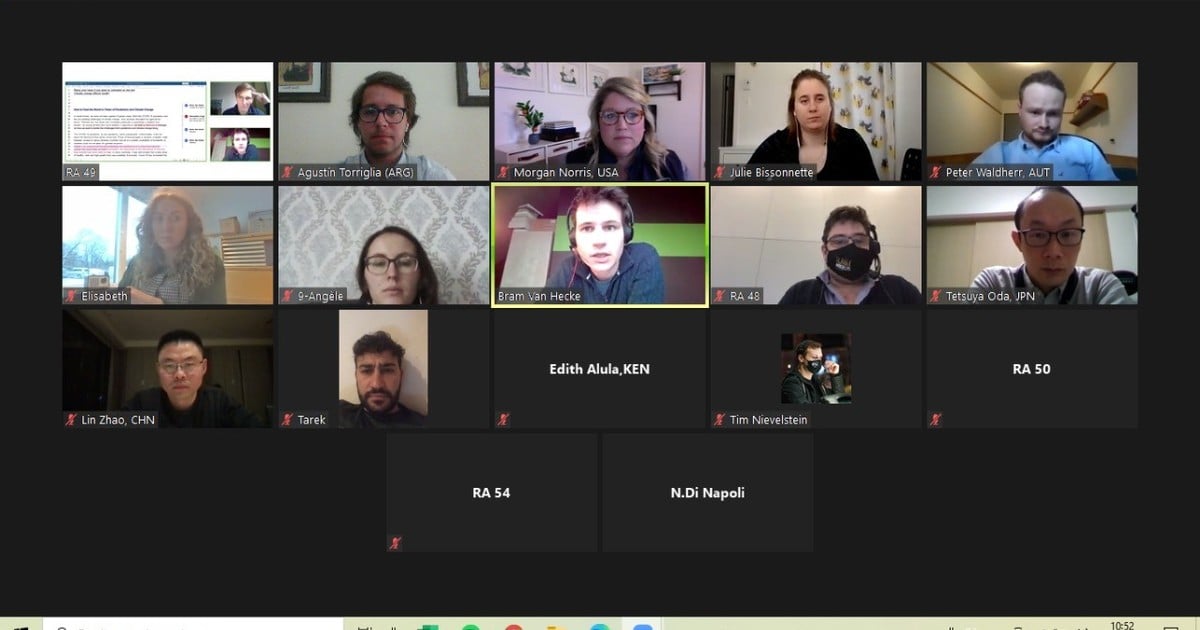 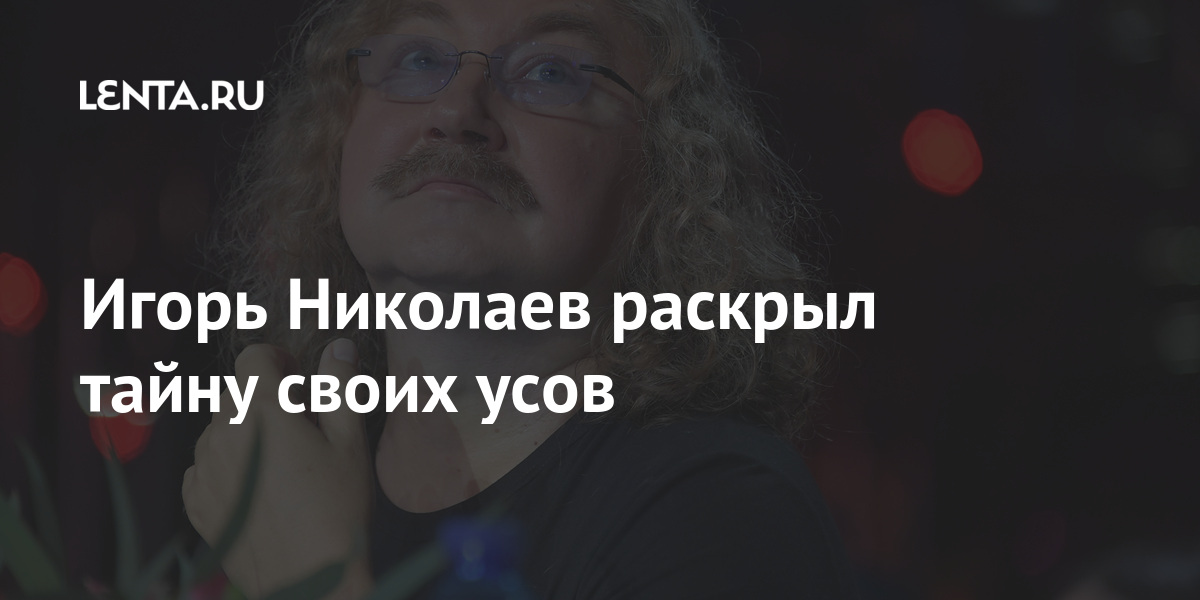 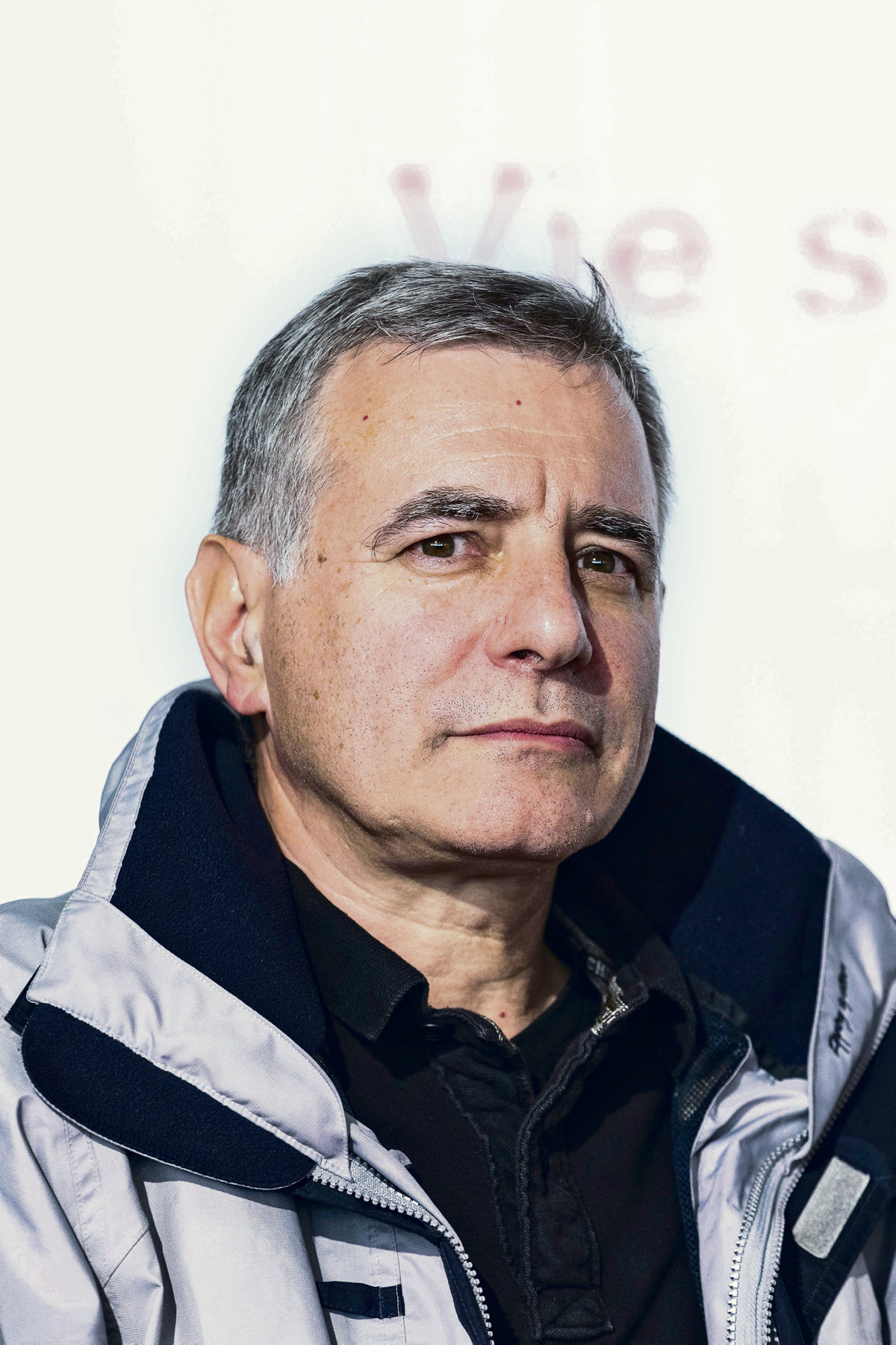 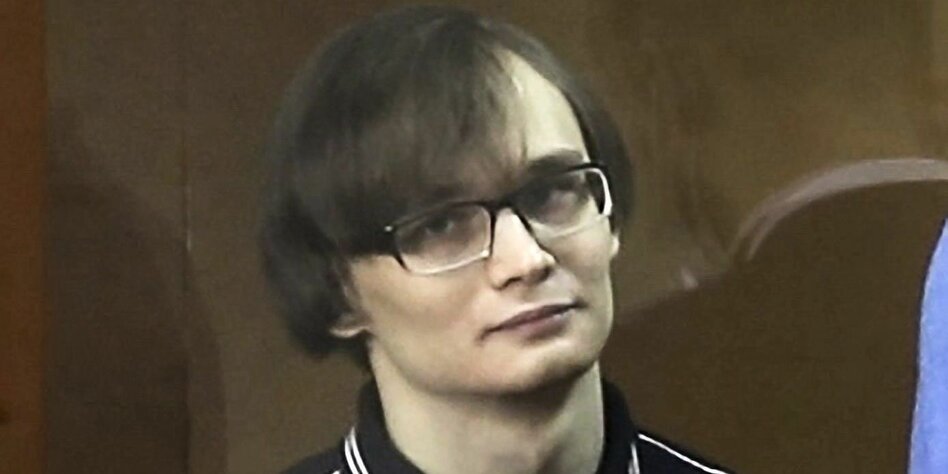 Project Winter: Xbox will have its own Among Us on Game Pass in January | EarthGamer

Capitol security in the eye of the hurricane