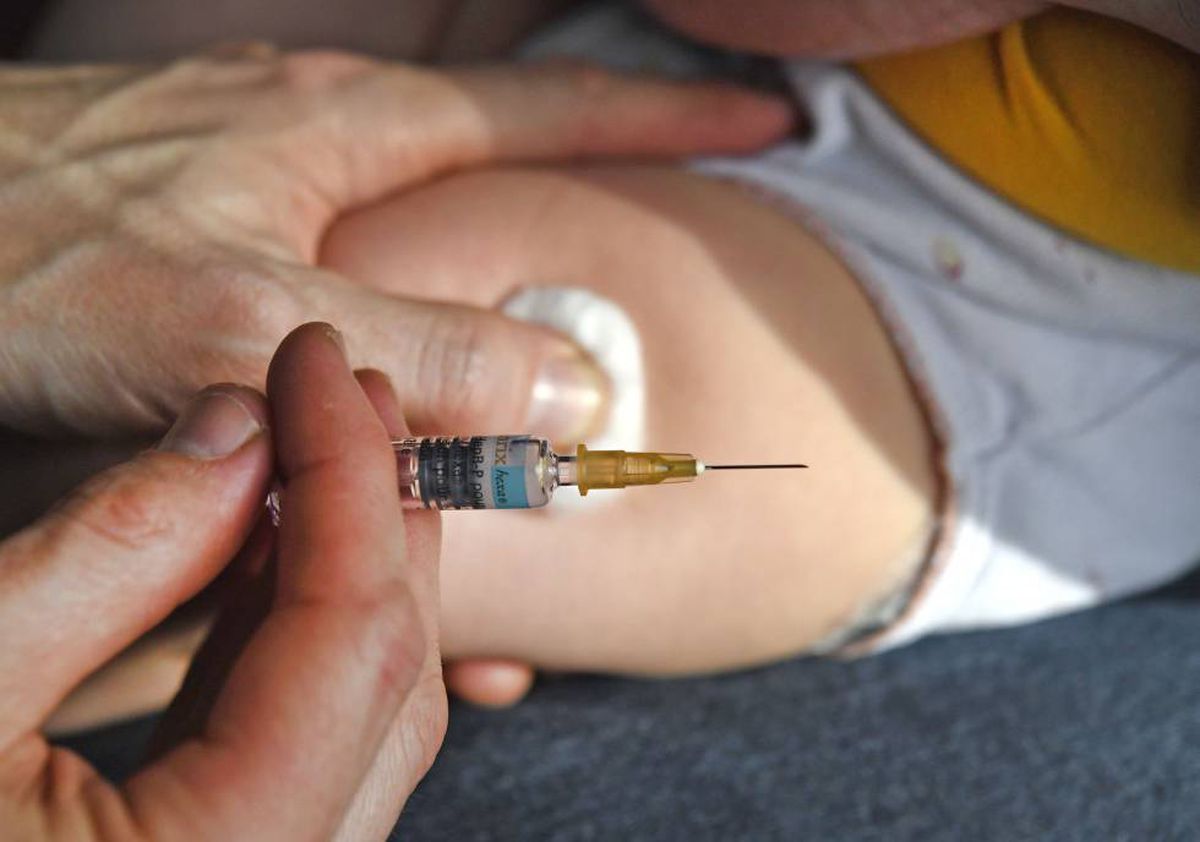 A study by researchers at the University of Washington has estimated that some 17 million children missed out on receiving their first measles dose and third diphtheria, tetanus and whooping cough (known as DTP3) shots due to the pandemic. of the covid-19. According to this research, the level of global protection against these diseases has fallen below 80% during 2020, 7% less than expected for the two vaccines if the pandemic had not occurred. The authors of the work, published in the prestigious journal The Lancet, warn that this decrease in immunization may increase the risk of measles outbreaks and cause deaths.

The study is based on monthly vaccination data for 2019 and 2020 that each participating country sent to the national delegation of the World Health Organization, to which they added information from the respective ministries and different official publications. In total, they obtained a sample of 170 countries (Spain included), although not all have the same amount of data, since the availability of these varies depending on the State. Of those 170 nations, 126 (74%) suffered some interruption in vaccination during the pandemic. These stoppages are explained, in addition to the confinement measures, by the fact that all health resources were focused on fighting the covid and that the rest of the diseases took a back seat.

The countries most affected by this interruption are in South Asia, where 3.6 million DTP3 vaccines and 2.2 million against measles were stopped, almost double the expected. In this region, protection against the first three diseases fell by 13% compared to forecast, while coverage against measles fell by 4%.

Of the 170 nations that made up the sample, 126 countries (74%) suffered some interruption in vaccination during the pandemic

In contrast, the least affected area was sub-Saharan Africa. In this area, coverage decreased by 4% in 2020 (some 900,000 children did not receive the DTP3 vaccines and 1.1 million did not receive the measles vaccine). Jonathan Mosser, one of the authors of the study, explains it by the late influence that the covid had in this territory: “These smaller interruptions may be related in part to the smaller scale of the COVID-19 pandemic in this region, especially in the first half of 2020 ”. Rafael Vilasanjuán, director of analysis of Barcelona Institute for Global Health (ISGlobal) and that he has not participated in the research, he also considers that the vaccination systems of these countries “are quite solid”, since “preventive medicine is the best tool available to them.” Even so, the authors warn that in this area immunization levels are low, so that, although the decreases in coverage are small, they can cause important outbreaks.

In the more developed countries, the number of minors who were left without a dose doubled. Experts estimate that between 600,000 and 1.2 million children did not receive the third dose of DTP3, while between 700,000 and 1.5 million did not receive the measles antidote. In Spain, researchers used data collected by the Spanish Association of Vaccination in the Community of Madrid and Andalusia during March, and in the Region of Murcia in March and April. Kate Causey, another of the authors of the work, emphasizes that the few data available condition the results: “The rest of the year is based on projections of the model, which takes advantage of the mobility estimates in Spain and the patterns observed in other countries, in particular those from the high-income region. “

The least affected area was sub-Saharan Africa. One of the authors of the study explains it by the late influence that covid-19 had in this region

Without a pandemic, the authors estimate that Spain would have achieved 96% immunity against diphtheria, tuberculosis and pertussis (compared to 89% today) and 99% of its population would be protected against measles (compared to 83% that received the vaccine). Asked by this newspaper, the Ministry of Health and the Spanish Association of Pediatrics They have claimed they do not yet have complete data on how the interruption of vaccination has affected. Vaccination in Spain depends on the autonomous communities, not all of them have the same calendars or send the data at the same time.

Vaccination levels recovered during the second half of 2020 and, by December of that year, the monthly doses administered globally were approaching the expected figures. Even so, the report puts more than 8 million children whose immunization with each vaccine was not completed in 2020. Vilasanjuán explains that, as rich countries achieve group immunity against COVID, the amount of vaccines available to low-income countries, which can lead to immunization targeting covid rather than other ailments. “It will be necessary to control a lot that the emergence of other diseases does not trigger,” he warns. “In the coming months and years it will be crucial not to limit ourselves to recovering the level of pre-pandemic immunity, as this would reinforce previous differences. Learning from the pandemic is necessary to build stronger routine immunization systems. It will be critical to support countries and communities to better reach children who have historically been left out of immunization programs, so that we can achieve high and equitable access to vaccines for all, ”asks Mosser.