Covid-19: in a documentary series, four novice nurses tell how they experienced the epidemic 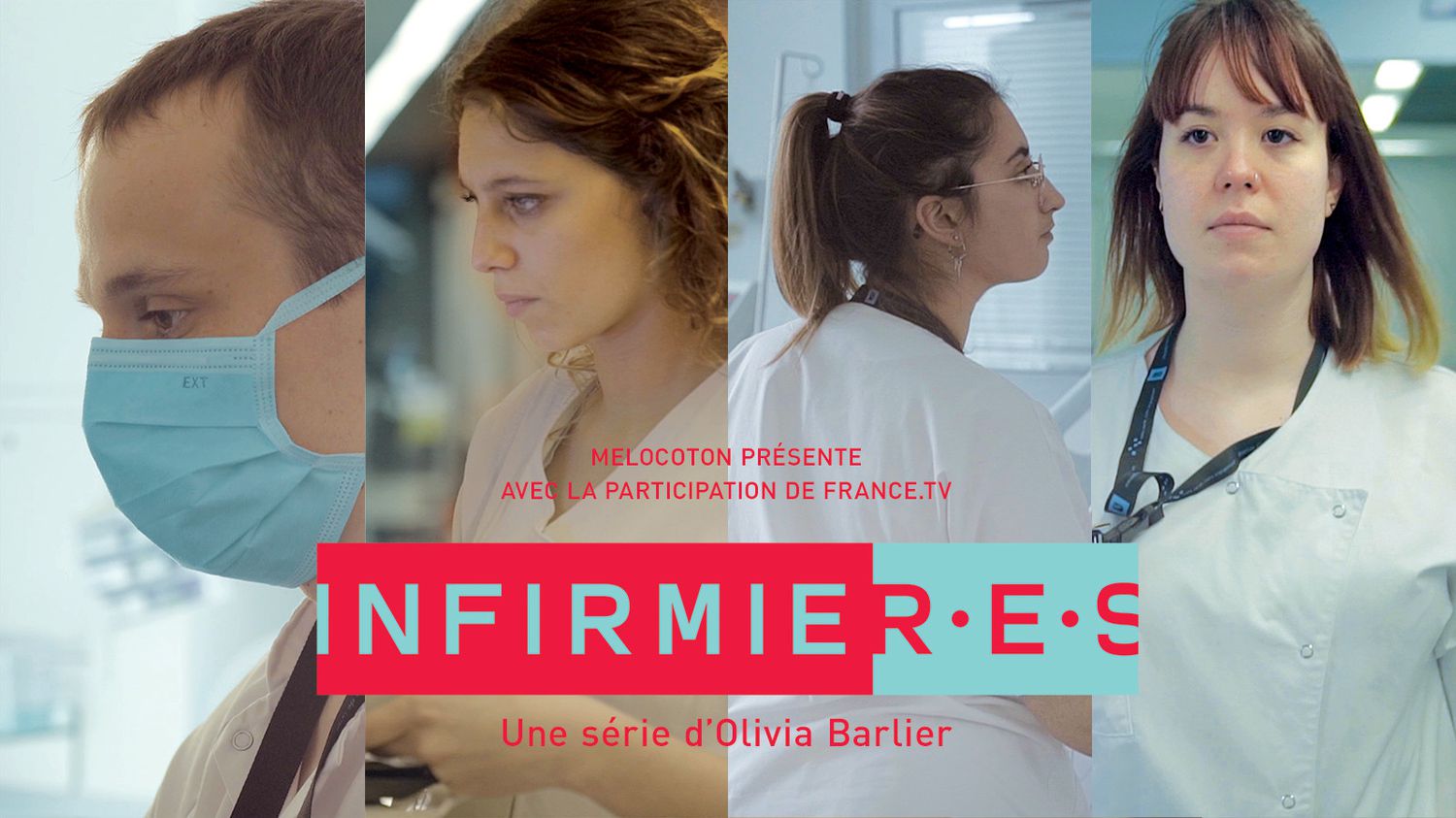 This is “in a hospital in crisis” thatElisa, Théo, Manon and Laura, newly graduated nurses in their twenties, had their first permanent position in the intensive care unit of the CHU de la Croix-Rousse in Lyon. It is also the subtitle of the documentary series “Infirmier.es”, composed of six episodes of about fifteen minutes and broadcast on the France tv slash platform from November 20, at 6 p.m..

LThe director Olivia Barlier followed with her camera the first steps of these young nurses. A shooting started at the end of January, in the midst of a hospital crisis. At that time, it had already been ten months that the staff denounced a lack of arms, beds and too low wages. Elisa, Théo, Manon and Laura go on shifts and are far from thinking that the Covid-19 will befall their service.

“We didn’t see the crisis coming either, remembers director Olivia Barlier, with franceinfo. Nor even Elisa, Théo, Manon and Laura, because when we talked about it, it was completely abstract for all of us. “ It is during assembly, between May and September, that the film crew realized how great they were “uninformed” at the time. “At the hospital, the nurses saw it like us, only through the television news. They were the first to be surprised”, continues the director.

“For us, the Covid is a long way off in China”, tells Theo at the very beginning of the fourth episode.

“We are not told about it. We have sporadic information, rumors of the hallways. But we have no official information that tells us it will happen like that.”

We are at the end of February, “France has 2,281 positive cases, 48 ​​people have died and 105 are in intensive care” lists a voiceover at the end of the episode. For Théo, contacted by franceinfo, “the Covid, it was information like any other”. “We talked about it among ourselves like when a medical article comes out, no more”, he remembers. At the time, the Croix-Rousse hospital had just received infected English patients in one of the first outbreaks of Covid-19 in France, located in the village of Contamines-Montjoie (Haute-Savoie). “But they left after three days bursting with fire”, specifies Theo. Nothing to alarm him.

“What made us tilt with my nursing colleagues was when the bars and restaurants closed”, Laura tells in the next episode. “The next day I was working and with my colleague, we thought: ‘There might be a big problem and it might hit us.'”

It was the weekend before the first confinement that Theo, while talking with colleagues working in the logistics service of the hospital, realized that something more serious was coming.

“All these colleagues were called back during the night to urgently set up intensive care. There we said to ourselves ‘it smells bad’.”

“Usually, in times of heavy loads, a few beds are transformed into intensive care beds, but at this scale and so quickly, it was unknown. ” General confinement is declared on March 17. The operating theaters close overnight, putting a stop to all surgery at the Croix-Rousse hospital.

The race for masks and other protective equipment begins for healthcare teams. “We knew we had enough to last two weeks in masks. But that’s all. We didn’t know what to do next,” describes Laura.

They are asked to take their temperature twice a day and to protect themselves. Anguish rises among the four young nurses. “We didn’t know at all what we had to do”, notes Théo during this first wave. “We had a type of care, but we did not have a vision as we have on other diseases.”

“Insomnia”, “waking up suddenly at night”, “fear of transmitting the Covid to other patients”, “permanent stress”… Elisa, Théo, Manon and Laura cross the first wave, trying to ask as few questions as possible.

Six months later, they are almost all in post, except Manon who has left the nursing coat in the meantime. Laura went to the emergency department at Cochin hospital in Paris, and Theo remained in intensive care. He is one of the elders of the service now. “I lived the Covid as an experience”, analyzes the young nurse. “I now know that you can do resuscitation in a hallway.”

“Living with a global pandemic is a bit new, I do not wish it on anyone, nor on myself in the next 10 years. But it is an experience that makes you mature.”

Laura and Théo are preparing for the second wave that France is currently going through. “But we were a week late because the operating theaters did not close immediately”, notes the latter. As for Laura, who was wondering about her future in the profession when the Covid happened, she is finally “happy to continue in this profession”. “Even though it has been a tough and complicated time, I can’t see myself doing anything other than nursing.”

If the time to manage this health crisis, we must demonstrate “selfless”, Théo and Laura don’t forget that the hospital is in crisis. “We shouldn’t end up having just a little pat on the shoulder to thank us for the work done.”

BVB against Bruges: only Kehl’s Favre parody brings Haaland out of the concept – WELT