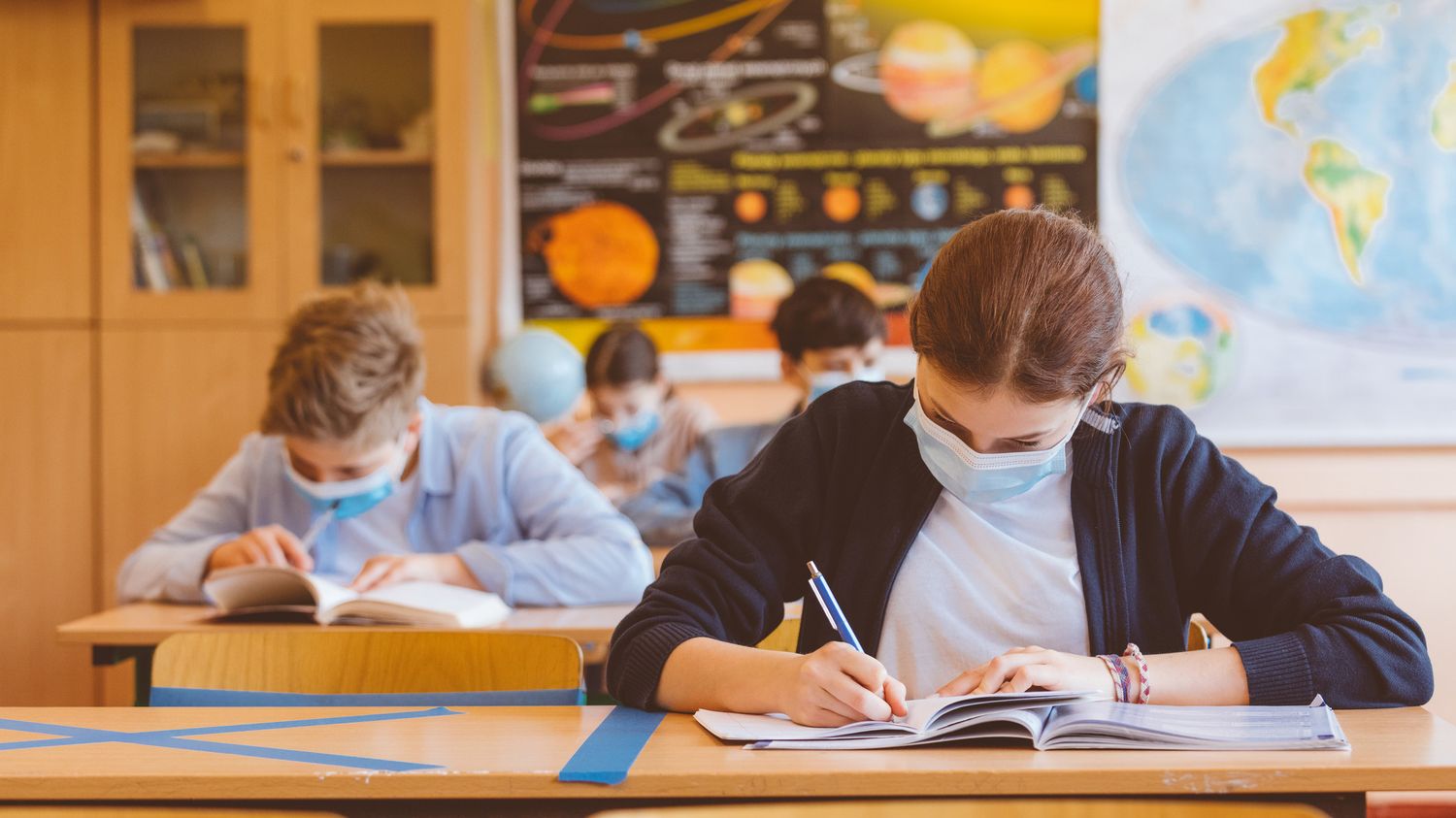 Eviction of the student suspected of being infected, investigation of the immediate entourage … La management of the coronavirus weighs down the daily lives of some 800 doctors and 7,350 school nurses for more than 12 millions schoolchildren, middle school and high school students.

Especially since the health situation is worsening in France. As of October 12, eight metropolises as well as Guadeloupe were on maximum alert. In the field, school doctors and nurses, understaffed for many years, manage, to the detriment of their main missions, all suspected or proven cases of Covid-19.

“Not a day goes by without us having five or six suspected cases of Covid. It’s exponential!” notes Raphaëlle Scaduto, school nurse and member of the Snies-Unsa union office in the Nice academy. Since the start of the September school year, his daily life, like that of all nurses and school doctors, has been punctuated by the health crisis. Like Doctor Marianne Barré, for whom her three weekly days of presence in schools have become “three days Covid”.

“We are only focused on the identification and management of positive cases in conjunction with the regional health agency. The investigation to find contact cases is long and the management that also ensues.”

Raphaëlle Scaduto also spends her days running, with a workload “more and more strong”. “We manage the eviction but also the return of the pupil by checking the written attestation of the parents certifying that their child has consulted a doctor and that no test has been prescribed.” In the absence of a certificate, remind the Ministry of Education, the return of the child will only be authorized after seven days. On October 9, the ministry indicates that 199 classes and 24 establishments are closed and that 5,279 cases of Covid-19 have been confirmed among students over the last seven days, for a sick rate of 0.04%.

Driven by its mission of prevention and health education, Raphaëlle Scaduto tirelessly repeats in each class how to properly wear his mask and wash his hands, when she is not called upon to take care of a student with symptoms of Covid-19. The child is then isolated and supervised until the arrival of his parent, to whom the nurse explains the procedure to be followed. “Often, parents are completely lost, notes the nurse. National Education protocols follow each other and are not alike. The attending physicians do not say the same thing as us and, often, it is against us that parents get angry. ”

Regularly, it also takes care of the administrative part of the Covid missions devolved to school doctors, who are in short supply in the field.

“The shortage of school doctors is growing”, deplores Marianne Barré, also deputy general secretary of the SNMSU-Unsa Education union. “We are, on average, one doctor for 12,000 students, but it can go up to 40,000 students for a single doctor”, specifies the practitioner, who takes care of 22,000 students. “And the succession is not assured with 500 incumbent positions currently vacant.”

According to the Ministry of National Education, contacted by Franceinfo, the number of school doctor positions opened annually is around sixty. “But for the past two years, we have had a success rate in the competition of around 30%”, explains a spokesperson for the ministry. Since 2015, between 20 and 35 school doctors have been recruited each year.

“We are trying by all means to recruit, but the medical population is aging, with an average age of 55, and the profession is still unknown to medical students.”

The Ministry of National Education

For several years, the some 800 school doctors have seen “their missions multiply while the number of school doctors is only decreasing”, raises the Academy of Medicine in a report dated 2017. Thus, Joël Lamoise, principal of a college-high school with 1,800 students and national secretary of the SNPDEN union, is forced to share with other establishments the time of presence of the only school doctor assigned to the south of the department of Meurthe-et-Moselle.

The Academy of Medicine also specifies that on average, across all of the departments, barely more than one in two children (57%) had a health examination performed by a doctor or nurse in 2015. , adding that this figure may vary “from 0 to 90%” according to the departments.

If school nurses are more numerous, with about 7,350 holders according to the Snies union, their profession is also under strain. The majority of nurses working in establishments outside high schools share their time between several schools and a college. Raphaëlle Scaduto thus works a day and a half in three schools in the Nice region and the rest of the week in a college housing 700 students.

Due to a lack of sufficient staff, nurses on sick leave or on leave are difficult to replace. This is the case in the college-high school of headmaster Joël Lamoise, where the two nurses have been absent for a few weeks. “As long as they are missing, we are obliged to put in place the emergency protocol as soon as a student has a headache or a sprain”, he explains. The student is then taken care of by the school life team, who calls the parents and possibly the Samu depending on the seriousness of his condition. The principal also says he relies on the volunteer firefighters present among the staff or students.

The epidemic also highlights the lack of resources from which certain establishments suffer. In schools, remarks Marianne Barré, it is the toilets that are insufficient to meet the needs of the health protocol, which requires several hand washes during the day.

“The problem of toilets has always existed and is growing with the health crisis, especially in college, where it is difficult to have a soap dispenser in good condition and paper available. In high school, things are a little better because many have been renovated by the regions. “

With regard to other sanitary devices, apart from the masks distributed to staff by the National Education, everything is the responsibility of the establishments. “We have to buy wipes, disinfectants and hydroalcoholic gel dispensers on our own funds, details Joël Lamoise. It does not go too badly in high schools, but less well in colleges, which have less financial means, knowing that there are disparities according to the departmental councils. “

And the bill climbs quickly. “Several thousand euros are added to our operating budget”, calculates the principal. The gel machines placed at the entrance to the canteens are the most expensive, he says.

As for nurses, the resources allocated by the general direction of school education (Dgesco) are not up to the crisis, according to Raphaëlle Scaduto. “Since May 11, we have been decked out in fabric masks for the general public, but we have no type 2 surgical masks, no overcoat or charlotte to carry out care or take charge of suspected or contact cases.” Angry, she also points to a lack of “guideline at national level” : “The budgets of the infirmaries are very uncertain from one establishment to another because it depends on the principal and the academic inspectorate.”

In this fall 2020, the coronavirus is still valiant and fatigue is spreading to the medical profession. “It is becoming inhuman! We are on the front line and there is more and more burnout, notes Raphaëlle Scaduto. All of this ends up creating suffering at work. “ It is “catastrophic” also on the side of school doctors, recognizes Marianne Barré. “There are many departures. Among the sector doctors, some have requested their secondment from the National Education because we all knew that the crisis would resume at the start of the school year. We also have doctors close to retirement or retired who help us out. , but this crisis accelerated their departure. “

The management of positive and contact cases is carried out to the detriment of other health missions. “We are behind schedule for nursing screenings in the primary sector because we are still waiting for health directives to protect us when we perform, among other things, oral samples”, details the nurse.

“We are also behind in all our prevention and public health missions because our school leaders, overloaded by the health crisis, do not place them as a priority.”

Not to mention unforeseeable emergencies. In Raphaëlle Scaduto’s college in Nice, this represents an average of 30 visits per day in the infirmary out of 700 students. It is also difficult to receive students within the framework of individual monitoring. Because the health crisis does not erase the other problems. “There are always children who go through difficult things at home”, emphasizes the nurse. “The abuse has worsened sharply with the confinement in some families. Situations that we could have dealt with quickly worsen over time”, she laments.

VIDEO. In New York, ballet scenes in the streets of Harlem 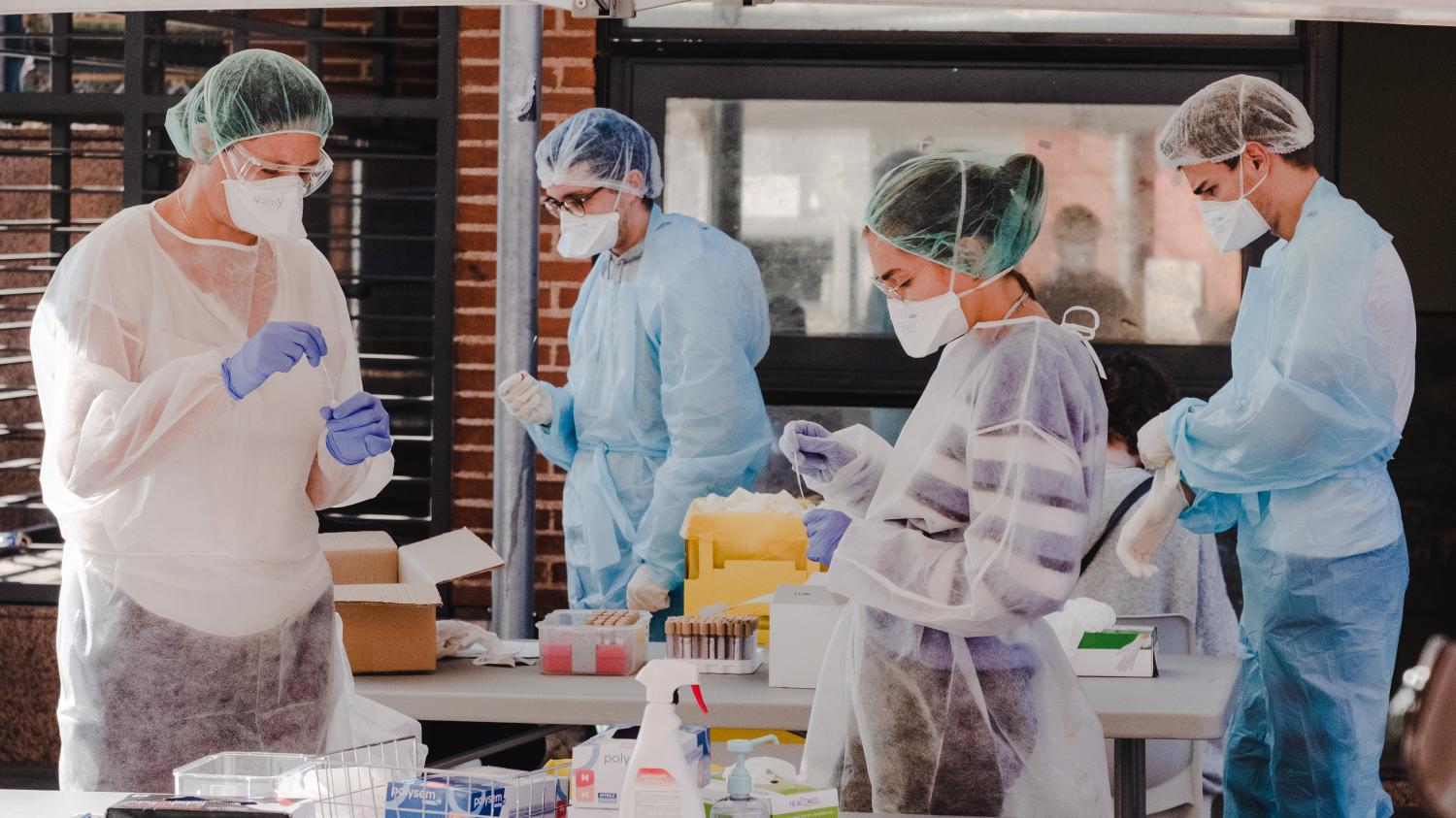 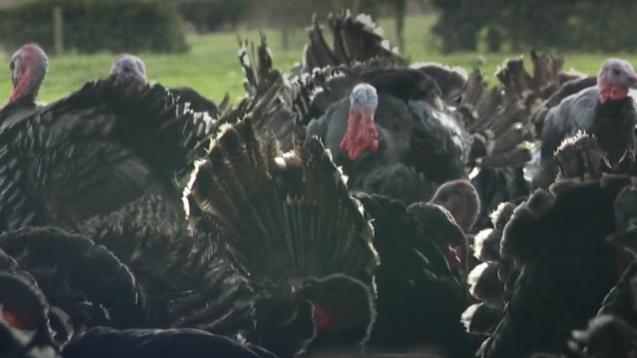 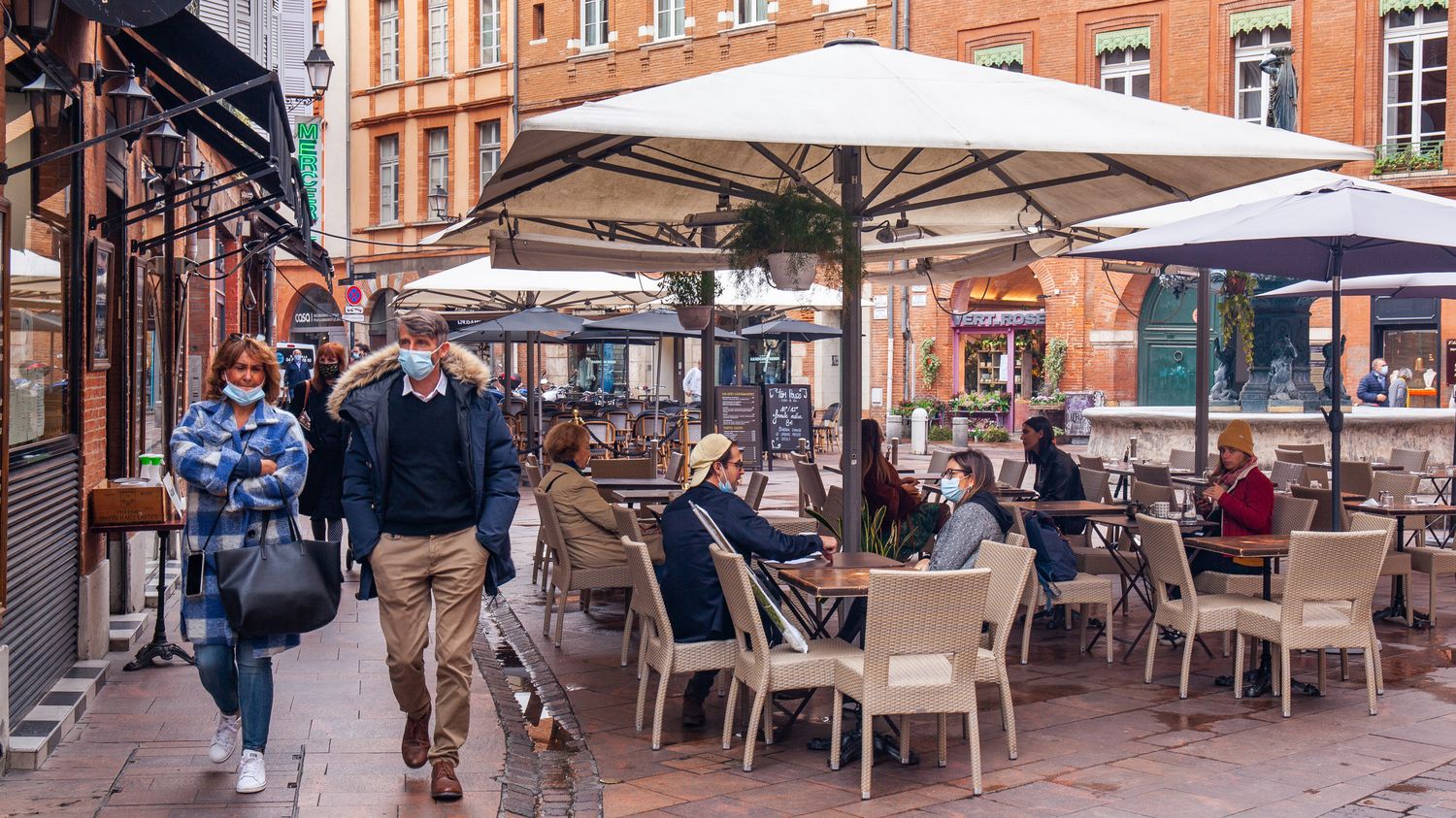 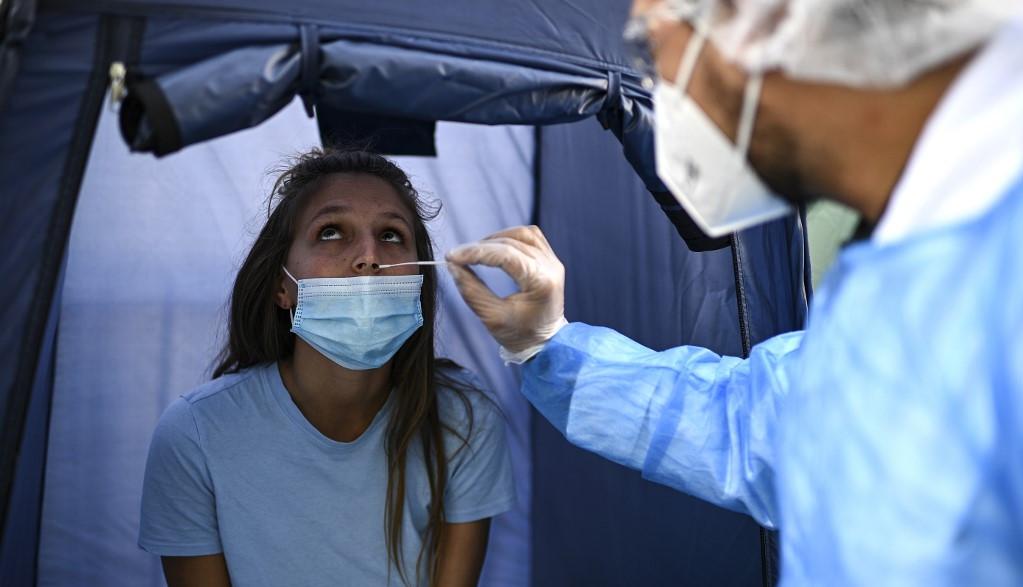 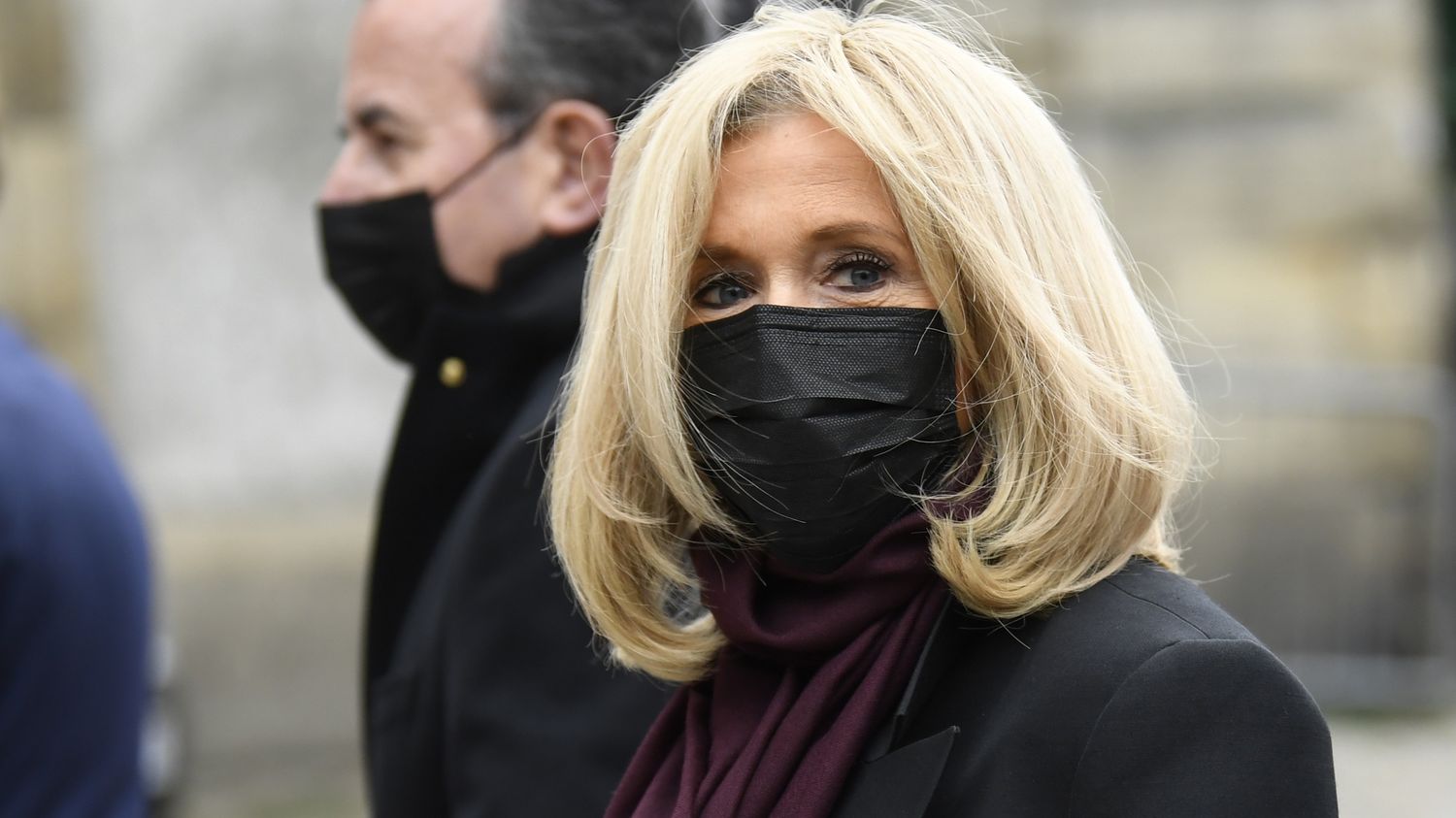 VIDEO. In New York, ballet scenes in the streets of Harlem