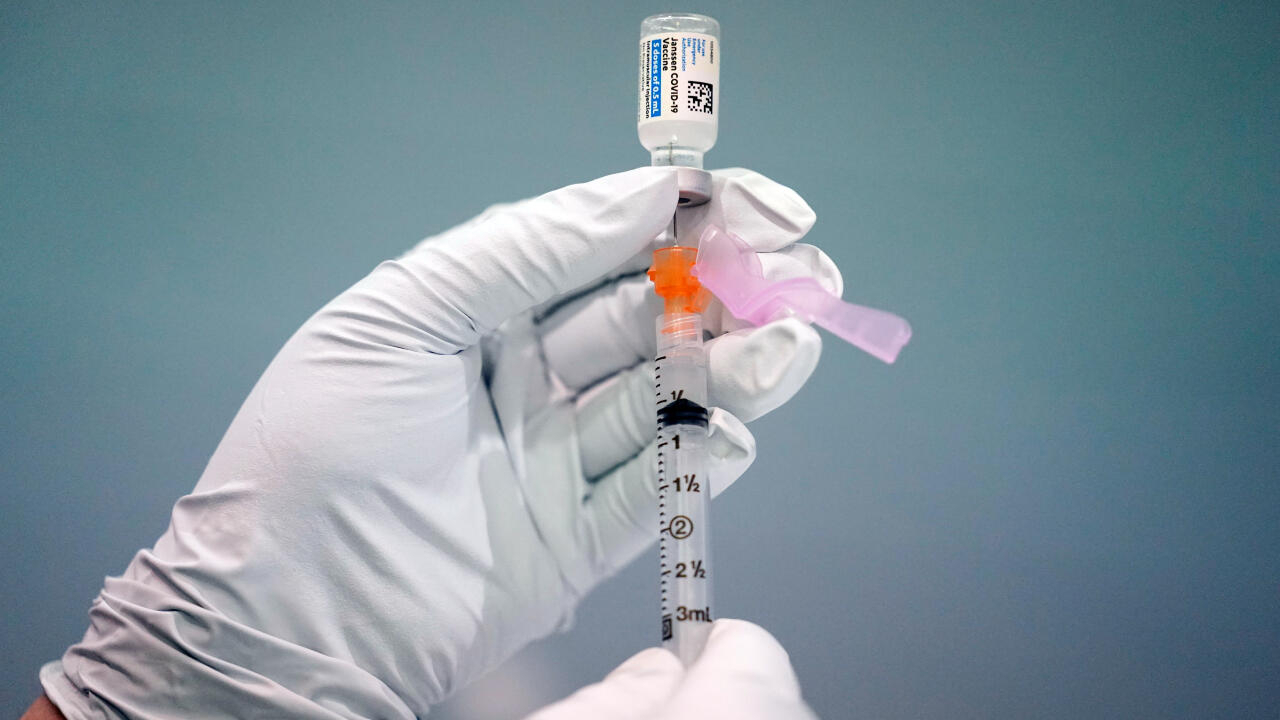 The US Food and Drug Administration (FDA) added a paragraph to the Johnson & Johnson vaccine information sheet stating that some people who have received that dose have developed the neurological disorder. , although it clarifies that the probability of this happening is “very low”.

This Monday, the US Food and Drug Administration published a letter that he sent to Johnson & Johnson. The reason for the letter was to authorize changes in the data sheet that the pharmaceutical company gives to those who administer their vaccine against Covid-19, called Janssen.

And there the new warning about doses and Guillain-Barré syndrome was evidenced. The US health authority assured that some cases of this neurological disorder have been reported in people who had received the Johnson & Johnson vaccine against Covid-19, although it reiterated that this is unlikely to happen.

“In most of these people, (Guillain-Barré) symptoms started within 42 days of receiving the Janssen vaccine. The possibility of this happening is very low, “he asserts. Johnson & Johnson’s new dose information sheet, following the FDA guidelines.

For its part, the US pharmaceutical clarified in a statement that he had been in discussions with the FDA and also with the health authorities of the European Union about the cases in which Guillain-Barré syndrome has occurred.

Until now, it is not possible to measure exactly how many people have presented Guillain-Barré after having been vaccinated with the Janssen dose, because as explained by the FDA, “these reactions are reported voluntarily (and therefore) not it is always possible to reliably estimate its frequency or establish a causal relationship with exposure to the vaccine ”.

Even if the EMA evaluation committee agreed to add a note to alert health professionals about Guillain-Barré cases after vaccination, clarified that “at this stage (of the research), the available data do not confirm or rule out a possible association (of Guillain-Barré syndrome) with the vaccine (from AstraZeneca).”

The vaccines developed by AstraZeneca and Johnson & Johnson are based on similar technology. Both are viral vector vaccines, meaning they contain a modified version of the virus to give cells important instructions to attack Covid-19.

While other doses against the outbreak, such as Pfizer or Moderna, use Messenger RNA. This is a new technique in which strands of genetic instructions are injected that tell cells what to do.

What is Guillain-Barré syndrome?

This neurological disorder involves the body’s immune system mistakenly attacking some of its nerve cells, causing muscle weakness and sometimes paralysis, which is usually temporary.

One of the symptoms of Guillain-Barré syndrome is a feeling of weakness or tingling, especially in the legs or arms, which worsens and progressively spreads to other parts of the body. Difficulty walking may also be felt; Difficulty performing facial movements, such as speaking, chewing, or swallowing; double vision or inability to move the eyes; or difficulty with bladder control or bowel function.

The FDA recommends seeking immediate clinical care if a person develops any of these symptoms after receiving the Janssen vaccine.

However, it is important to emphasize that the cases studied are a tiny fraction with respect to the vaccines provided.

In fact, the Johnson & Johnson inoculation warning came after the FDA and the Centers for Disease Control and Prevention (CDC) reviewed reports of about 100 people who developed the syndrome after receiving the Janssen vaccine. Of those people, 95 were hospitalized and one died, according to the FDA.

That number of reported cases contrasts with the nearly 13 million Americans who have received the Janssen dose. On the other hand, the CDC estimates that between 3,000 and 6,000 people develop the syndrome each year in the United States, for causes other than the vaccine.

In its statement, Johnson & Johnson reiterates that its single-dose vaccine has been shown to “offer protection against Covid-19 disease and prevent hospitalization and death, even in countries where viral variants are highly prevalent.”

Another of the great advantages of the vaccine developed by that pharmaceutical company is that it is a single dose, which has been very useful to vaccinate people who live in areas with difficult access, tourists who travel to the United States to get vaccinated or those who hesitate to inoculate. In addition, they are much easier to store than Pfizer vaccines, which require deep freezing below 70 degrees Celsius.