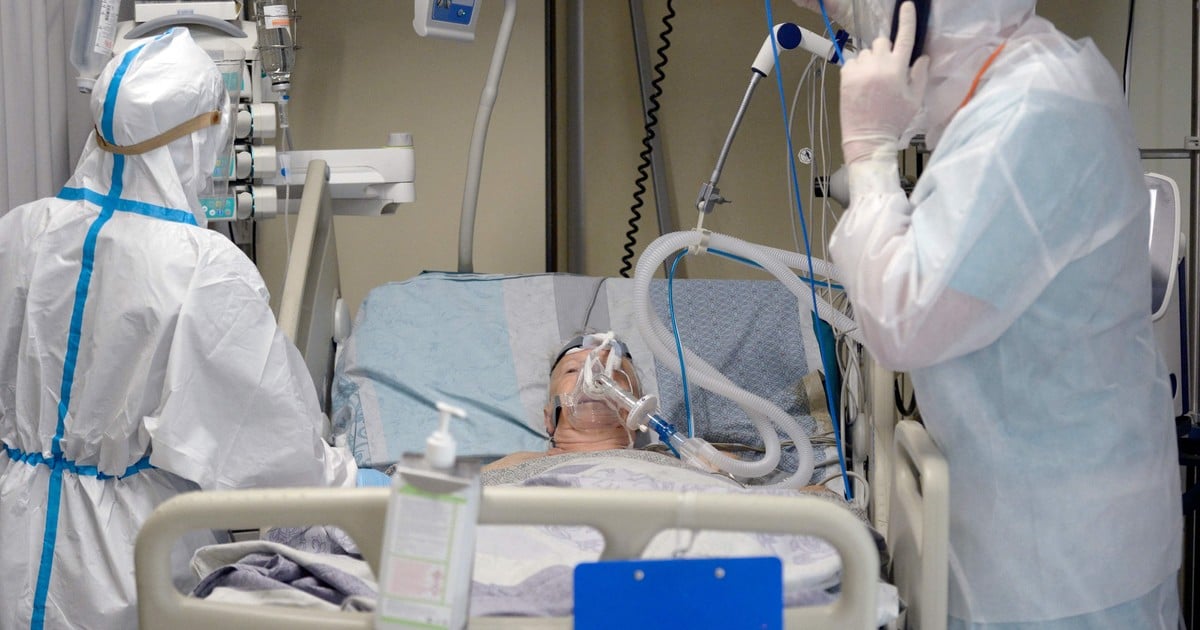 Long-term exposure to elevated levels of air pollutants, especially to fine particles (PM2.5), it seems to have a significant influence in the outcomes of people hospitalized for COVID-19.

This reveals a wide multicenter observational study which was presented at the European Congress of Clinical Microbiology and Infectious Diseases (ECCMID) held this year.

“Our study draws attention to the inequalities systemic factors that may have led to the marked differences in COVID-19 outcomes based on the race and the ethnicity“said Dr. Anita Shallal, from the Henry Ford Hospital in Detroit, in the United States.

And he detailed: “Communities of color are more likely to be located in areas closer to the industrial contamination and from working in companies that expose them to air pollution. “

According to the American Lung Association, Detroit It is the twelfth most polluted city in the United States for year-round fine particulate matter (PM2.5) pollution.

Ambient air pollution – including potentially harmful pollutants such as PM2.5 and toxic gases emitted by industries, households and vehicles- can increase inflammation and oxidative stress in the respiratory system, exacerbating pre-existing lung diseases.

The atmospheric pollution was linked to worse health outcomes, including a increased risk of death, by respiratory viruses such as influenza.

How was the study

To examine the association between air pollution and the severity of coronavirus outcomes, the researchers analyzed data from 2,038 adults with COVID-19 who were admitted to four large Henry Ford Health System hospitals between March 12 and March 12. April 24, 2020. Patients were followed up until May 27, 2020.

The experts collected data on the place where participants lived, as well as data from the United States Environmental Protection Agency and other sources on local levels of pollutants, including PM2.5, ozone, and lead paint (percent of homes built before 1960).

Thus they explored the association between COVID-19 results and the exposure to PM2.5, ozone, lead paint, traffic, hazardous waste, and sewage discharges.

They found that male, black, obese, or more serious long-term health-impaired patients were much more likely to be mechanically ventilated and admitted to the ICU. The same was true of patients who lived in areas with higher levels of PM2.5 and lead paint.

Even after taking into account potentially influencing factorsLike age, BMI, and underlying diseases, the analysis revealed that being male, being obese, and having more severe long-term health problems were a good predictor of death upon admission.

Similarly, a higher PM2.5 level was an independent predictor of mechanical ventilation and ICU staybut not from an increased risk of dying from COVID-19.

“The main conclusion is that living in a more polluted neighborhood is a risk factor independent of the severity of the disease for coronavirus, “said Dr. Shallal.

Living in a more polluted neighborhood is a risk factor independent of the severity of the disease. Photo: EFE

“Although it is not clear how air pollutants contribute to the increased severity of the disease, long-term exposure to air pollution may impair the immune system, which leads both to a increased susceptibility to viruses as well as more serious viral infections, “he added.

“In a double whammy, fine particles from air pollution can also act as carriers of the virus, increasing its spread, he added. It is urgent to continue investigating to guide policy and environmental protection in order to minimize the impact of COVID-19 in highly industrialized communities that are home to our most vulnerable residents. “

The authors note that their study was observational, so they cannot establish the cause. They add that although they adjusted for several influencing factors, it is still possible that other factors that could not be fully controlled, such as disease severity at presentation, contribute to the observed results.