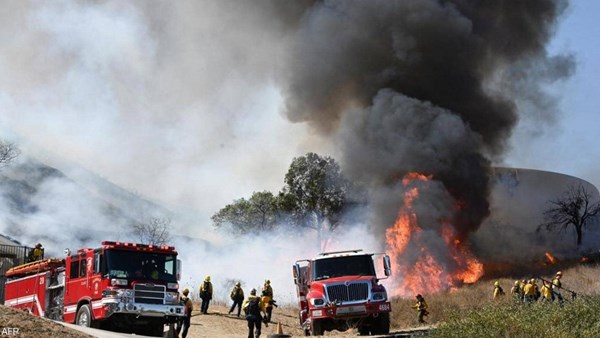 A California couple are facing criminal charges for their role in a devastating wildfire in El Dorado last year.

The British newspaper, “The Guardian”, said that the couple used a pyrotechnic device during a party to reveal the gender of their expected baby, which led to the fires.

An area of ​​about 9,300 hectares was set on fire, and five houses and 15 other buildings were destroyed. The fire claimed the life of firefighter Charlie Morton.

Jason Anderson, the San Bernardino County District Attorney, said during a news conference that the couple, Manuel Jimenez and Angela Jimenez, are accused of 30 crimes, including manslaughter.

He added, “It is clear that you both caused the loss of lives, the injury of people, the destruction of homes and the burning of land… the damage is great, both financially and psychologically,” according to Sky News Arabia.

The couple are currently on temporary release, pending their trial.