Countries where journalists must remain anonymous

We were guys. But, nice guys. So nice, in fact, that riot police in Tehran believed us in those heated June days in 2009 when we claimed after our arrest that we were backpackers who had accidentally ended up in a protest march.

Nevertheless, once we were free again, we had a lot of shivers and tear gas in our eyes. We decided to fly to the southern city of Shiraz, far away from the so-called Green Revolution that seemed to be going on at the time. From a dingy internet cafe, opposite the rose garden where the tomb of the 14th century folk poet Hafez stands, we could continue our journalistic work. While almost all Western journalists were arrested and deported, we were able to tell what we saw. For example, that protests had now flared up in other cities.

With colleague Ludo Hekman I took a seat in a tight call box to watch current affairs section, for example One today to speak to.

Anonymous, yes. Because we wanted to fly home safely. The risks were by no means imaginary. While we were in Shiraz, we learned that a colleague who was still in Tehran had ended up in the dungeons of the Baseej militias. He was released only through diplomatic mediation at the highest level.

Now it is undesirable, but not unusual to guarantee journalistic sources anonymity. But journalists themselves? Reporting should be done with an open mind. A journalist must be able to be held accountable for his or her productions. Only in countries like Iran is it conceivable that you sometimes, in case of emergency, as a reporter withhold your name.

At least, that’s what I thought, until I recently saw a message that has been stuck in my throat ever since. A reporter for several regional newspapers from the Mediahuis group wrote a background article about the conspiracy theorists who gather in Bodegraven to commit grave robbery. They lay flowers at the graves of deceased children, because – quod non of course – they would have been the victims of ritual sexual abuse of a satanic signature.

See also  Algerian Franco director brings Johnny Depp back to work after Hollywood fired him. So what's the story?

I never expected that a newspaper would have to hide the name of an author in the Netherlands, as happened here. But in this case too, the risks are anything but imaginary. For example, it recently became clear that the men who threw a firebomb at colleague Willem Groeneveld of the Groningen website Sikkom, were inspired by the conspiracy network of the grave robbers.

As in Iran, a serious form of religious insanity is also involved among Dutch press threats. In Iran, for example, end-time thinking led his followers to sometimes see in President Ahmadinejad the Mahdi, the vanished twelfth Imam who would return to earth to establish a just society. One of the key figures in the Bodegraven conspiracy network is one Hans de M., who baptizes fellow skeptics converted by him in the sea near Katwijk. He mentions mouth caps and vaccines resources „from hell”.

So enough similarities. But fortunately there are also differences: both the fire bombers and the unholy trinity that gathered in Bodegraven just went to court. In Iran, religious madness is institutionalized.

All the more reason to safeguard our institutions – from parliament to the public system – from this madness. And, preferably as much as possible under one’s own name, to investigate and contradict.

Coinciding with the Hasaka attack, what is behind the Qatroun attack in Libya?

The Qatrun attack is the second for the terrorist organization ISIS in a few days, coinciding with the targeting of...

The Finnish Meteorological Institute introduced the harshest traffic weather warning in Uusimaa on Saturday. Snowfall will be low only in... 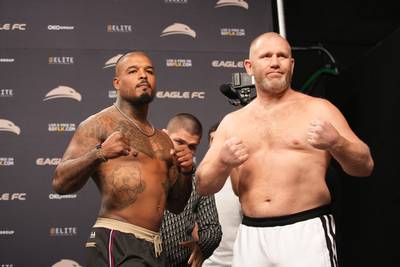 Mbappe raises speculation about the love of Real Madrid