Corruption K: They were sentenced for laundering 55 million dollars and left jail without paying a peso 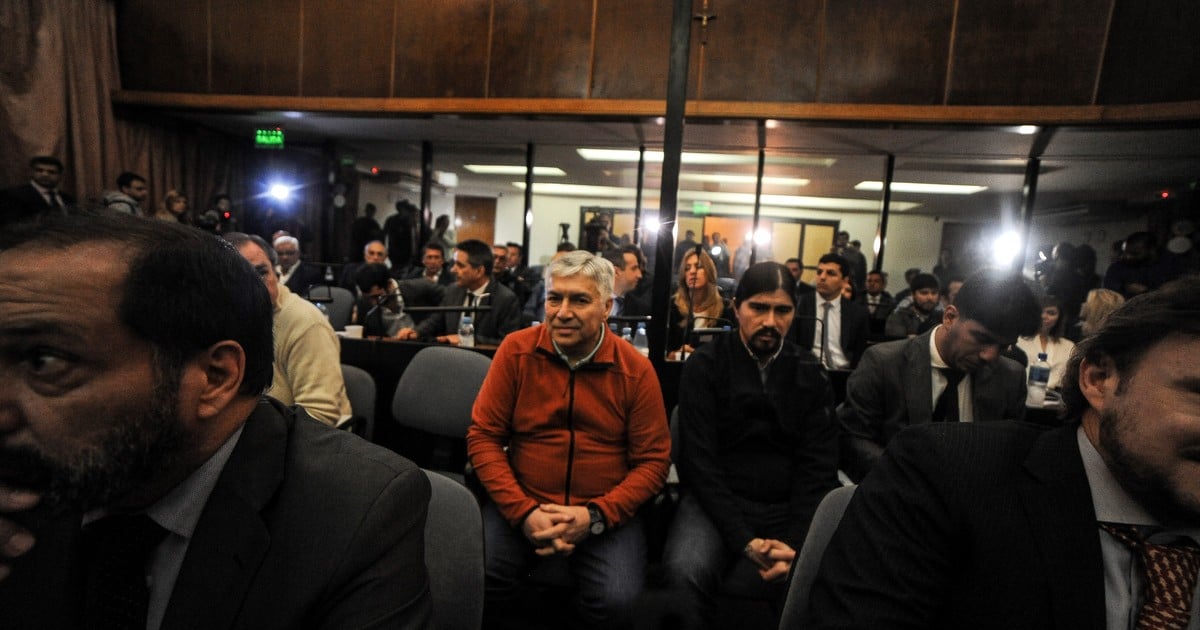 It was the main money laundering trial in the Comodoro Py courts. His sentence was historic: twelve years for the main defendant and nine and eight years for the organizers of that machinery that in three years managed to launder $ 55 million. But the four main convicts Lázaro Báez, his son Martín, Daniel Pérez Gadín and Jorge Chueco obtained the benefit of house arrest with exceptional conditions: none paid even a peso of the bail imposed and one of them even managed a full release.

During the trial for the Route of Money K, the court determined that Báez’s property and assets empire -which was valued at 205 million dollars- was acquired with money of illicit origin, as a result of money laundering operations that Lazaro Báez was given a sentence of twelve years in prison.

The Federal Oral Court 4 (TOF 4) composed of Judge Néstor Costabell and Judges Gabriela López íñiguez and Adriana Pallioti, they found the former business partner of Cristina Kirchner, responsible for running a structure that was dedicated from 2010 to 2013 to launder money.

Two of the members of the TOF also determined that part of that money came from the road contracts that the State granted to Austral Construcciones. According to the imputation, these tenders were directed, with average surcharges of 65% and lack of various controls, by state agencies. It is precisely in the name of that construction company that Báez registered more than 95 properties, mostly distributed in the capital of Santa Cruz.

3,000 kilometers from his adopted province, Báez remains out of prison. He left the Ezeiza Prison after five years and despite the fact that the Court that tried him imposed a bond on him so that you can get the benefit of house arrest, after several appeals, the Cassation Chamber allowed him to leave jail and did not pay the bail of 386 million pesos that had been imposed on him.

Lázaro Báez, owner of 1,420 properties, complies with the moderation of his arrest in a house in a private neighborhood in Greater Buenos Aires, a property that was loaned to him. His address remains under reservation in the courts, after the incidents in Pilar where the neighbors refused to enter the country because they did not want him as a neighbor.

Daniel Pérez Gadín and Martín Báez toast to the shipment of silver abroad in La Rosadita.

On June 11, the eldest of businessman K’s male children, Martín Báez, obtained house arrest. Chamber IV of the Chamber of Cassation, made room for an appeal presented by the defense and for now reversed the decision of the Federal Oral Court 4 that set a bond of 531,437,500 million pesos to grant that benefit.

In his case, the address he had set was in the neighborhood of Belgrano, an apartment that is included in the list of goods that were purchased as part of the laundering operations. Martín Báez, after his father, was the accused who received the highest penalty as an organizer. The TOF 4 gave him nine years in jail, and those images of the financial “La Rosadita” where he was seen counting five million dollars weighed in the accusation.

Jorge Chueco, one of Lázaro Báez’s lawyers, when they found him in Paraguay and took him to Misiones in detention.

In that resolution, the highest criminal court ordered that “with the speed that the case imposes, make effective the house arrest of Martín Antonio Báez.” Lázaro’s son was detained when more than two years ago, he ordered money to be moved from an offshore account located in Panama despite the fact that precautionary measures were in force on him.

In the midst of the pandemic, the justice considered that because it was considered risky, Daniel Perez Gadin -former Báez accountant- and convicted as an organizer of the money laundering structure, he obtained the benefit of house arrest. In the framework in which the morigeration was granted, no royal bond was imposed on him. Months later came his conviction for laundering.

An electronic ankle brace and permanent police custody were placed on him. But he was not ordered to pay any bail. With 67 years Justice understood that the age allowed him to be included among the risk factors, in addition, he has a distant history of pneumonia. His “behavior during the investigation” was also assessed – the judge explained that Pérez Gadín never interfered with the case.

Martín Baez when he was free in Río Gallegos.

After two separate requests made over the four years that he had been in preventive detention, the lawyer Jorge Chueco regained his freedom. Imprisoned in 2016 in the framework of the cause of the Ruta del Dinero K after being a fugitive, faces with Lázaro Báez one of the biggest lawsuits for money laundering.

He was the only one who was not even under house arrest, despite having been a fugitive in 2016 when Lázaro Báez and Pérez Gadín were arrested. Despite the fact that TOF 4 had ruled against granting him release from prison, evaluating his behavior during the investigation of the case, it was Chamber IV of the Federal Criminal Cassation Chamber that decided to grant the appeal filed by Chueco’s defense and annulled the decision of the Court, which had decided not to allow the release of Báez’s former lawyer.