Correspondent ‘s comment Minneapolis is anxiously awaiting the jury’s decision on whether the police are to blame for George Floyd’s death – “Why didn’t the police just get off Mr. Floyd’s neck?” the protester asks on his sign 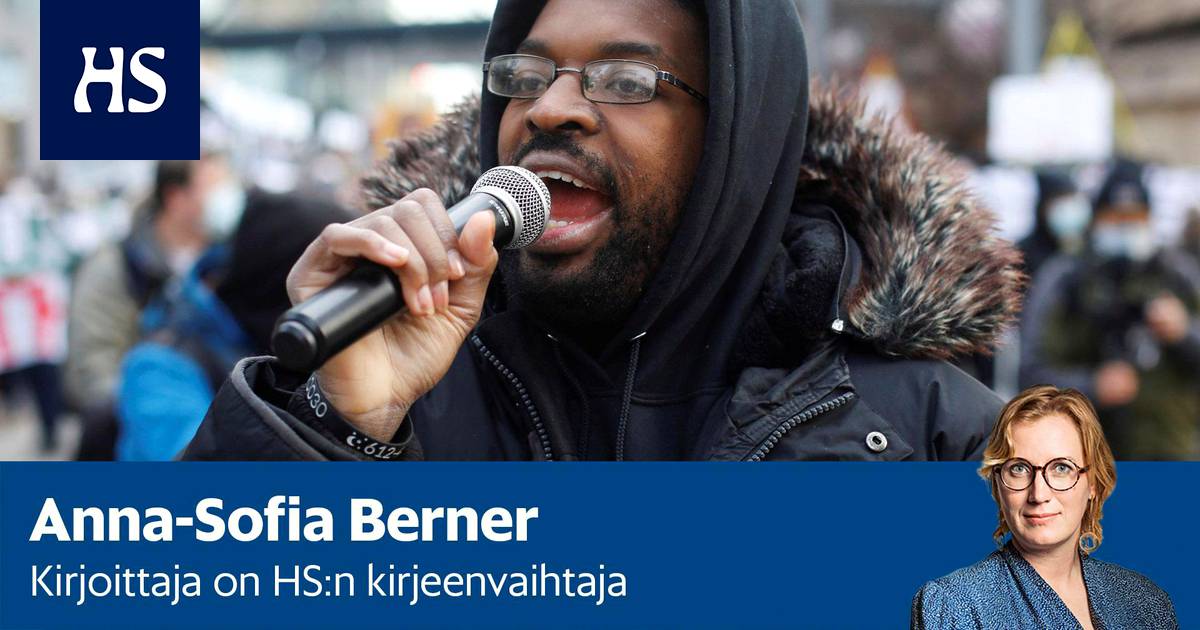 Now or never. For that, a verdict in the United States is expected, writes HS Washington correspondent Anna-Sofia Berner.

Stateside there are thousands of similar intersections, but this is where George Floyd died. Less than a year ago, he went to buy tobacco from a corner kiosk. Now the intersection is named after him. Floyd’s familiar face follows the intersection from the pictures everywhere.

It’s a cold Monday night. A couple walking to the square has a bouquet of flowers with them. The reporter talks to the camera. The priests on duty, dressed in attention vests, talk to each other.

What would Floyd, an ordinary American man suffering from poverty and drug addiction, think about all this?

Elsewhere in the same city, twelve citizens have just retired to the hotel to think about what to do To Derek Chauvin. He is a former police officer accused of Floyd’s death. Millions of people around the world have seen a video in which Chauvin presses Floyd’s neck, asking for help and screaming in pain, for nearly nine minutes.

But millions of people don’t decide if Chauvin is to blame for Floyd’s death. It will be decided by twelve people, a jury that has listened to prosecutors and defense versions of events and is now reconciling its views.

Near resident Priscilla Gandy has come to the scene of the death with his four daughters after the final speeches of the trial. In recent weeks, the trial has revolved around the family’s daily lives all the time.

All five believe that Chauvin belongs behind bars. If you commit a crime, you have to get punished for it, they think.

What if it doesn’t come?

“It’s going to be the worst so far. There are so many feelings, ”the 19-year-old Lanaya McClellan says.

Courthouse in the foreground smells like a small town Toyota Corolla. Air fresheners have been hung on the riot fence.

They are a reminder that a 20-year-old was killed by police a week earlier Daunte Wrightin. Police explained the arrest of Wright by hanging an air freshener from his rearview mirror, which is prohibited in Minneapolis. At the end of the arrest, police shot him in the chest. Police later said they messed up the remote control and a gun.

Daunte Wright’s name became one of those being shouted at during the protests.

An estimated two hundred protesters are waiting for a departure order on Monday night. Chairman of the local branch of the civil rights organization NAACP Angela Rose Myers incites fighting spirit by recalling the racist history of the state of Minnesota.

“Don’t come tell me that Minnesota is all white because the Scandinavians and Germans now happened to move here. It didn’t go that way. ”

A little later, the crowd shouts, “All the cops are bastards.”

In the American right, police officers are defended as fiercely as protesters oppose it. Chauvin also has supporters who think he was just doing his job.

A little boy in a quilted jacket stands out among the protesters. The mother has written a question to her five-year-old on the sign: Why didn’t the police just get off Mr. Floyd’s neck?

Why not? Others felt it was due to hundreds of years of oppression, racism and the fact that the police do not have to fear being held accountable for their actions. Others thought the police were just doing their job.

In the legal system, the latter opinion almost always wins. That is why people are on the streets.

Four mother of a black boy Lenise Holliman afraid of the police, and none of him should have to fear the police. That’s when the lights come on in the back of your car or the cops hit the gas station at the same time.

“We teach children that the police come to the rescue, but they do see how the police hurt people.”

Holliman used to visit the same kiosk from which Floyd bought the last pack of tobacco in his life. He firmly believes that the jury will condemn Chauvin.

That’s why Chauvin needs to be held accountable for his work, he says. After all, everyone saw what he was doing.

“If the jury doesn’t see the same, we’ll never get justice.”

Now or never. For that, a verdict in the United States is awaited. It will be obtained as soon as twelve citizens have reached a consensus.

Pollution and oil stains in the fishermen’s port in “Mirbah”, Fujairah