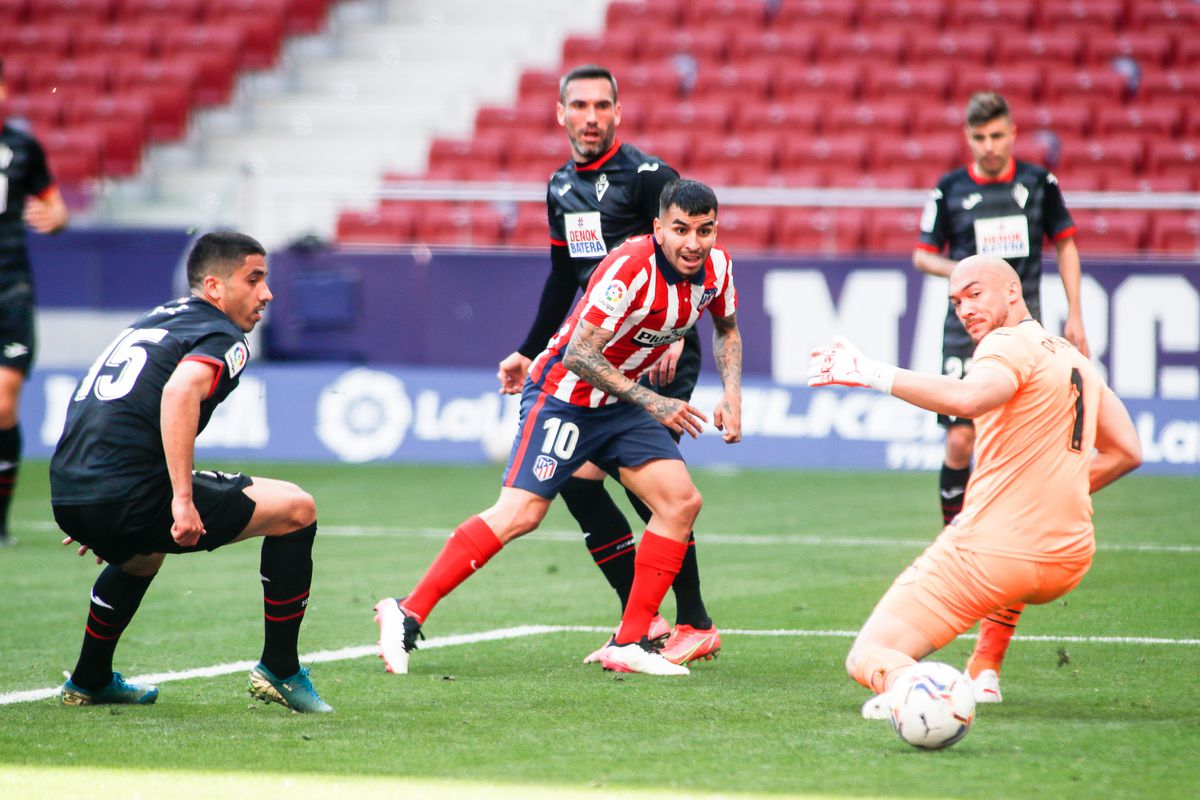 Soccer will always have the street to burst soporific matches. And the thickest Atlético in the championship survives Correa, a pasture player to rob a goal at the far post or invent another with a turn dance and touch adjusted in 20 centimeters. Enough to free a team that until its stellar appearance was suffering on the field giving symptoms of dullness. Of being over-pressured and unable to respond to overcome the difficulties that Eibar posed. From Correa, Atlético was unleashed to build a win that will be good for their self-esteem in the face of the tight end of the championship that is coming. Needing goals in the last days to stop the bleeding of points that was being left, he scored five. Carrasco’s goal and Marcos Llorente’s two at the beginning of the second half were the consequence of all the ties, tactical and psychological, broken by Correa and that had Atlético shrunk before the bottom.

The talent only needs to be fed, to get balls ready to be played or finished off. The first two that came to Correa were enough for Simeone’s team to retain the lead against the last in the standings. Because until the edge of the break the Argentine did not confirm his condition of being the most different player of all those that Simeone lined up, Eibar had been better. He faltered in that final stretch of the first act and everything he had done so that his condition of bottom did not show up was ruined. Correa crushed him with those two goals and in passing he gave back to Simeone the faith he professes in him. If the coach was distressed by the goals that his compatriot missed in the two games against Betis, this time he celebrated his aim in style.

The first 40 minutes described the worst Atlético of the course, with all his inability to generate chances for a team that squeezes him well and defends in low areas with intensity. At times, the leader gave the impression that it does not matter if Chelsea pressures him than Eibar. They couldn’t find how to get past lines. As it would be the thing that for the first time Oblak was seen taking out fast with his hand to print a speed of play that the midfielders did not find. The Slovenian had to contemplate how a low center from Pozo was not a goal because Kevin was missing half a boot to reach and push the ball into an empty goal.

Atlético had only found a loophole with some openings to the band. And that was where the solution ended up arriving. First to force the corner kick that Correa stole after Herrera’s head hit at the near post. Later, to finally braid a good move that was born in the boots of the Mexican midfielder. It was a long cross and millimeter pass for Lodi. The Brazilian combined with Carrasco and this with Correa. The dance on a tile ended up liquidating Eibar.

With those two goals against received at the limit of the first half, Eibar came out already dead at the restart. Carrasco’s speed slashed the centrals, and Dmitrovic sat down to score an empty goal. There was no more game. Only Atlético’s desire to meet again with the goal. To enjoy the game for the first time in weeks. Llorente, after another maneuver by Correa in the area, pushed the fourth. And also the fifth, which defined the definitive absence of the Mendilibar team. At the wheel he had time to control the ball and prepare the shot surrounded by contemplative and clueless rivals.

The five goals ended up burying those first 40 minutes in which Atlético pointed out that they could leave the top of the table for the first time in months of leadership. Because he only had the result and suffer as arguments to try the assault on the title. The beating gave Simeone to introduce changes and refresh a team that had given clear symptoms of psychological seizure. It was Correa who took him off the couch to continue nurturing hopes of winning the championship.

Fires In the area of ​​Nissbacka Manor, a sauna built in the 19th century burned down over the weekend: “You can't get a building like that back with any trick”