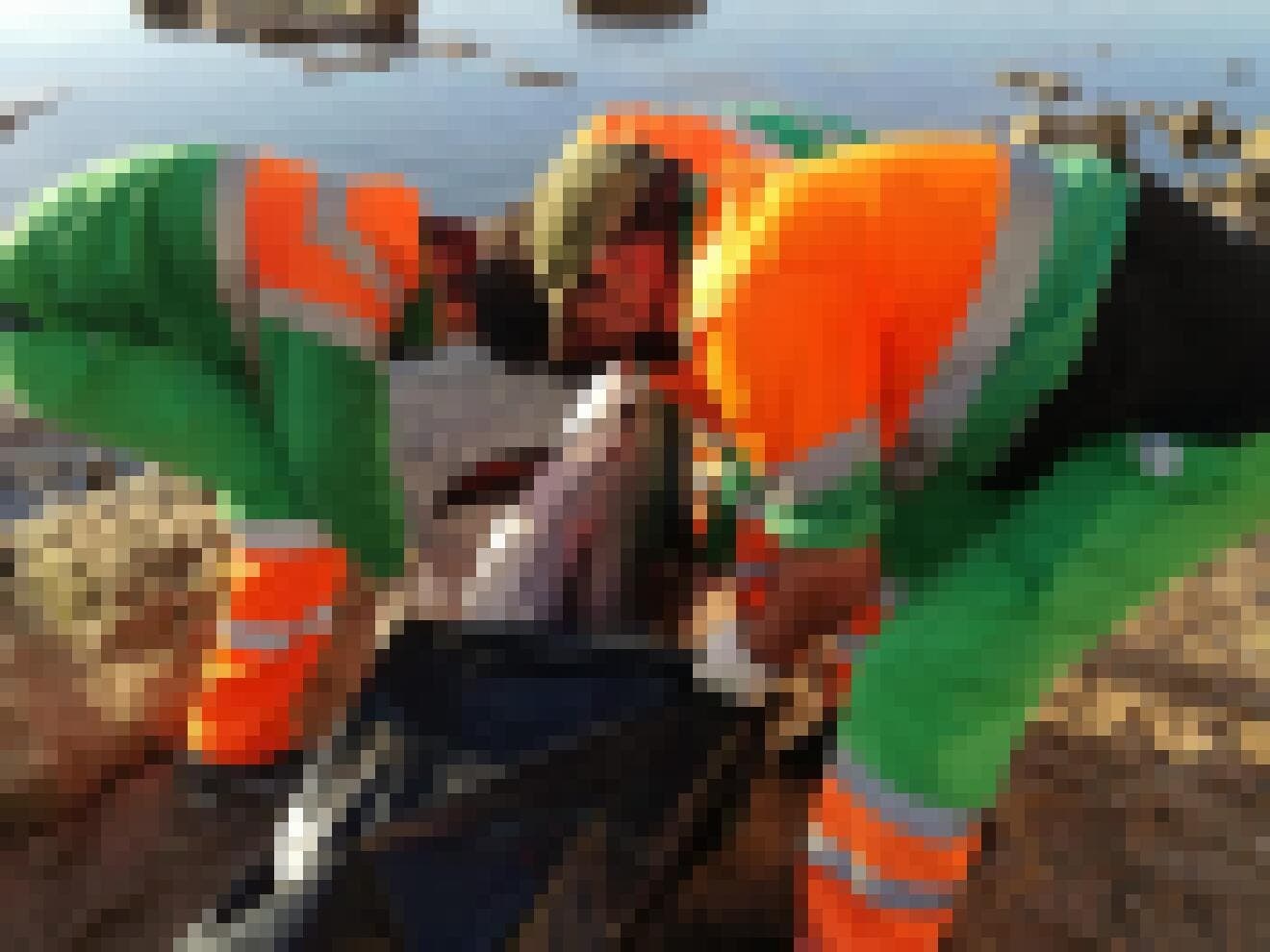 A TORREVIEJA resident was shocked to discover a dolphin washed up dead on San Roque beach this morning (March 17).

The early morning walker found the gruesome corpse at 6.45am, the animal believed to be a Striped Dolphin (Stenella coeruleoalba).

Some reports have suggested a new strain of virus affecting only animals may be to blame, as there were no signs of injury or abuse.

After the walker dialled 112, the local protocol was put in place for municipal cleaning services to remove the animal.

After being stored by Torrevieja council, it will be removed by the Department of the Environment for a necropsy at the University of Valencia.

Similar in size and shape to other types of many other dolphins, its coloring is very different with an underside of blue, white, or pink.

One or two black bands circle the eyes, and then run across the back and widen to the width of the flipper.

Among other noticeable stripes, the dolphin’s flanks are colored light blue or gray and all appendages are black.

With a lifespan of typically 55-60 years, the striped dolphin moves in large groups – usually in pods of a thousand or more, although not so large in the Mediterranean.

Naturally very sociable animals, often mixing with other types of dolphin, they are known as one of the most acrobatic.

The Striped Dolphin is often seen breaching and jumping far above the surface of the water, happy to approach boats in the Mediterranean and Atlantic, but not the Pacific where they have been hunted in the past.

Prisoner, hero and traitor ?: The dark story of a former marine in the crosshairs of the FBI

“Schönbrunn” … Palace of Music and Inspiration in Austria