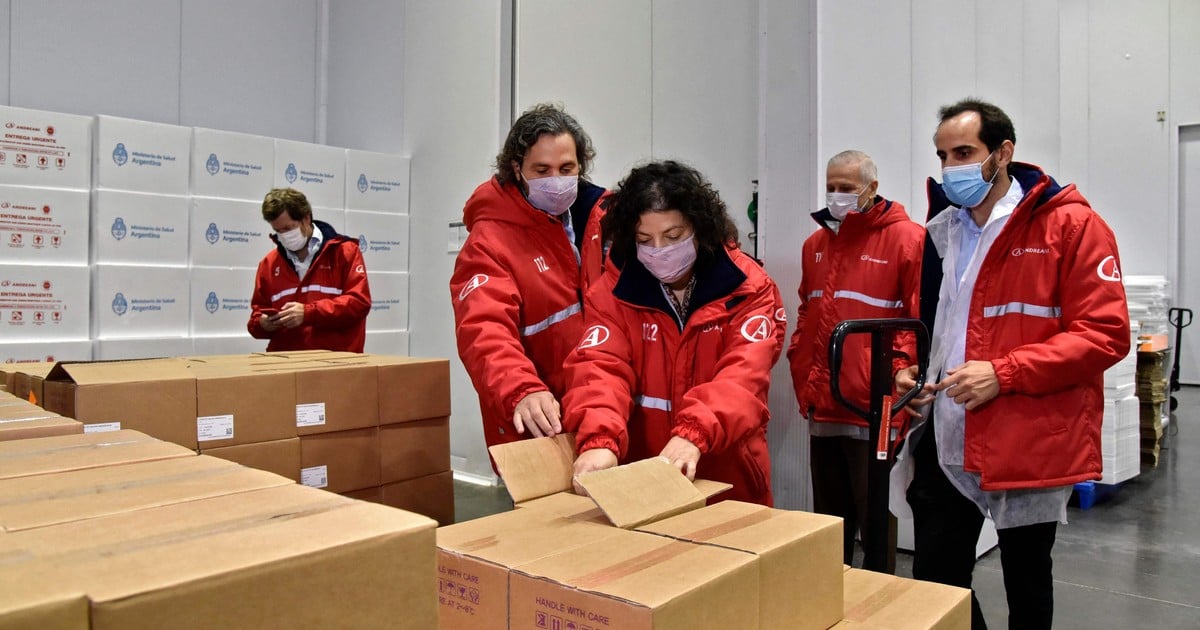 The Argentine Government signed five contracts to purchase vaccines against coronavirus. One of them, with the Covax Fund. Due to costs, considering that no more doses would be needed and due to agreements already closed with other laboratories -according to the official argument- the country opted for the minimum purchase indispensable to join this global mechanism.

That required floor was the coverage of the 10 percent of the population, which translated into two doses per person gave a total of 9 million. However, as explained by the Pan American Health Organization when it launched the system – which seeks solidarity and equitable access to vaccines in the world – the purchase could have been for up to 50 percent Of the inhabitants.

From those 9 million, a contract for 1.9 million vaccines is known so far. The remainder would be signed as the Fund communicates availability. Of that total of almost two million doses, so far two shipments have arrived in the country: the first, of 218 thousand, late March; the second, of 864 thousand, this Sunday.

The explanation about the Argentine purchase criteria Covax was given by Mauricio Monsalvo, Undersecretary of Administrative Management of the Ministry of Health, in a meeting by zoom with the Health Commission of the Chamber of Deputies held on February 3. “Opting for the minimum floor was a smart choice,” he said that day.

At the time, the issue went unnoticed by public opinion. Now a video transcended of the meeting. The video is public, it is on YouTube. But it was posted on Twitter by deputy Luciano Laspina, president of the Budget and Finance Committee and member of the PRO, remembered for having left the camera on while changing his shirt during a session.

Undersecretary Monsalvo, who at the age of 40 had already received the first dose of Sputnik V and would receive the second on February 5, argued there that with Covax it had been decided to sign for the minimum possible floor because Argentina had other bilateral contracts in progress. He also attributed it to the way the mechanism had been working. “No country has delivery dates,” he said.

The official explained that this option meant the “most timely” cost benefit equation. He explained that Argentina was committed to paying 32.1 million dollars for this purchase in 2021. And he explained that if the Government asked for more doses it would have had a higher cost and no guarantee of results. “Today we would be the same,” he said in reference to the deliveries.

In short, Argentina I didn’t have much faith in him to the response that the Covax Fund could offer. Hope had been placed in AstraZeneca and Sputnik V. Soon the prayers would include the Chinese.

Until April 5 – the latest data reported – Covax distributed 32 million doses in a first round, in 70 countries. By then, Argentina had received only 218 thousand doses, when the average per country already gave 457,152, more than double.

Specifically in Latin America, the Fund’s forecast is 280 million vaccines for this year. The average per country is about 20 million doses, more than double what Argentina expected to secure with its 9 million quota.

The Covax program aims to distribute 2 billion doses in the world by 2021, something that seems far from being fulfilled due to the slowness and delays due to the shortage of vaccines. Today his authorities cannot confirm how much that figure will really be. The bilateral contracts of the countries with the laboratories are a strong competition and they have taken weight off the common fund.

The arrival of the Covax Fund vaccines to Ezeiza, this Sunday morning. Photo: AFP

Although Covax is not a panacea, the thesis that a greater Argentine commitment to that fund would have implied a “waste” of resources is also uncertain. Given the emergency of the pandemic, the diversity of supply sources seems to be a priori more of a strength than a weakness.

The Argentine decision to opt for the minimum floor joins other acts in recent months, which show a common denominator: the alleged underestimation of the shortage problem in time. “We do not need 30 million vaccines,” the now former minister Ginés González García had said in that same virtual meeting with the Health Commission. He was referring to the then imminent contract with the Chinese laboratory Sinopharm. In the same vein, the abandonment of an agreement with Pfizer seems to be framed, which instead achieved six countries from Southamerica.

When that day at the beginning of February the words of the Ministry officials were pronounced, the delays of AstraZeneca (due to the packaging problems of the active principle in Mexico) still they had not transcended, but the breach of the Gamaleya Institute with Sputnik V was already a fact. The Chinese procrastination would later add another chapter of frustration.

The paradox arose this Sunday, when Argentina was running out of vaccines due to the delays in those laboratories and landed in Ezeiza the saving cargo from the Covax Fund, as necessary as oxygen for a seriously ill person from Covid. The bet that was point and ended up banking brought a breath of relief in a pressing scenario.