Coronavirus What variant of the coronavirus is spreading now – and is there anything to worry about next? 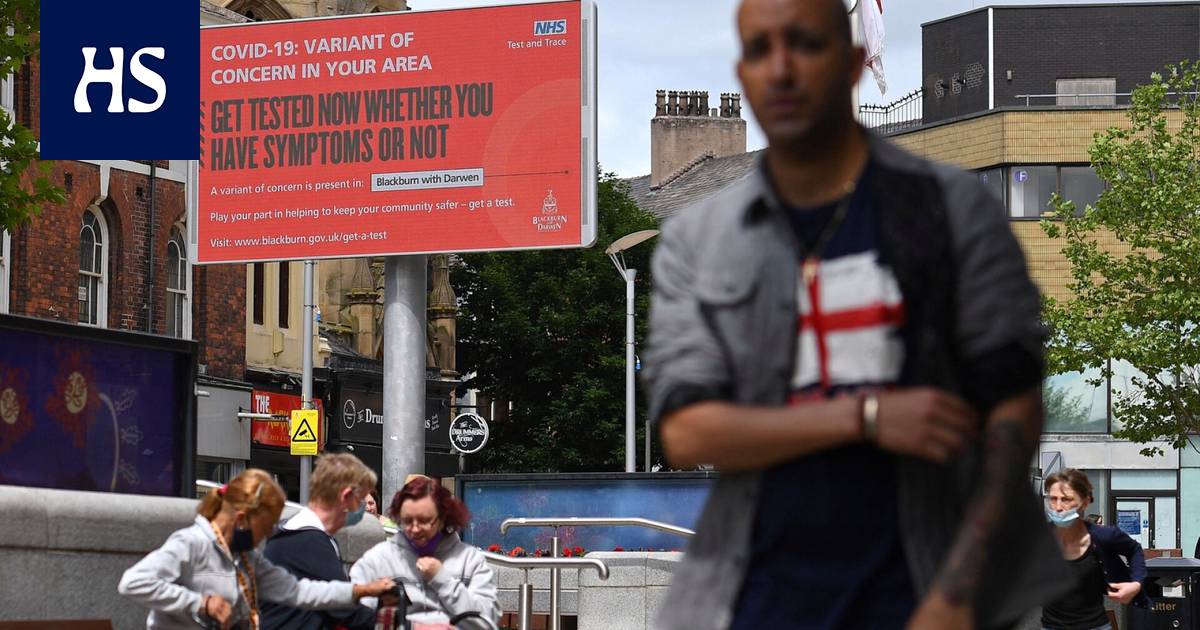 Virus variants are a cause for concern, but most of them have not proved to be more dangerous in the studies than the original strain, says Ilkka Julkunen, Professor of Virology.

One culprit is a virus variant called delta, which infects other virus strains more abruptly.

Delta is fast becoming the world’s dominant virus variant, as well as in Finland. But what are virus variants and what effects can they have?

What is a virus variant and how is it generated?

Virus variant that is, a variant is a virus whose genome has changes. The virus multiplies within the host cell by dividing, sometimes resulting in genetic defects, or mutations.

Most of the mutations are harmless, but some of them are good for the virus. Mutations can make the virus more contagious or protect it from external threats such as vaccinations.

“Viruses are inherently changing, as is the coronavirus. The more the virus circulates in the population, the more opportunities there are for random mutations, ”says the professor of virology at the University of Turku. Ilkka Julkunen.

How much has the coronavirus changed?

Virus began to change right at the beginning of the pandemic: China became infected with a different strain of virus than a little later in Europe.

Virus variants are identified by sequencing, i.e. determining the genome of the virus. Not all infections found are sequenced, so the exact number of virus variants is not known.

To date, nearly two million virus strains have been sequenced, and thousands of virus variants have been found among them.

Compared to many other rna viruses, the coronavirus changes slowly. This is due to an enzyme in the virus that corrects errors that occur during replication.

“In a year and a half, the coronavirus has changed from its original strain by about 0.2 percent, where, for example, influenza genes change by one percent every year,” says Julkunen.

Members of the Neighborhood Committee went door to door on February 22, 2020 to find out who had been on vacation in Jiangxi Province. Picture: Thomas Peter / Reuters

What makes the conversion worrying?

Virus variant becomes a concern if it is more contagious than the usual type of virus, causes a more serious form of the disease, or evades immune protection.

The virus may become more contagious due to its surface protein (Spike protein) due to mutations.

With the help of the surface protein, the virus infects and invades the host cell. A mutation can make it easier for a cell to invade, leaving a smaller amount of virus enough to infect.

To date, the infectivity of the virus has more than doubled due to variants. The infectivity rate of the original virus strain was about two, while with the dominant delta variant it is already 4-5.

Surface protein mutations may also help the virus to evade immune protection from disease or vaccination.

When a person develops immune protection, the body’s antibodies recognize the virus and neutralize it. The mutation reduces the potency of these antibodies.

The modified virus can also cause a more serious form of the disease. This means that more and more people are being hospitalized or dying.

“Studies show that some viral variants have increased the number of serious diseases by a fifth. However, there is relatively little evidence of increased hazards of the variants, ”says Julkunen.

How do the modifications affect vaccine protection?

Part variants are able to bypass the immune protection provided by the vaccine.

However, studies show that the protective effect of the two vaccines against viral variants is only slightly weaker than the usual type of virus.

“Two doses of the vaccine provide 90-95% protection against a serious disease caused by a viral variant. The protective efficacy of a single dose of vaccine is lower, in the range of about 50–60 per cent, ”says Julkunen.

According to him, there are differences between different vaccine products, but they cannot be verified on the basis of clinical trials.

“Vaccines have only been studied separately, in which case they are not comparable. The results are influenced by the age structure, health, vaccine coverage, and dominant variant of the population. A test set-up in which all vaccines are tested in parallel in the same population would therefore be needed. ”

It is not yet known how long vaccines based on the old virus strain will protect against the ever-changing virus.

However, according to Julkunen, help is close, as vaccine manufacturers have already developed variant-based vaccines.

New vaccines are made in the same way as the original ones, but their vaccine gene is changed from the old strain to the new one.

Several variants can be combined in one vaccine, in which case the same vaccine is effective against all of them.

“If all goes well, these updated vaccines could hit the market as early as the fall.”

Can the modifications affect the diagnostics?

The United States Disease Center (CDC) by some pcr tests for diagnosing infections have not identified virus variants.

In the Pcr test, virus gene regions are identified from a sample. When using certain gene regions, it has been found that, for example, the pcr test of an alpha variant has been false negative.

According to Julkunen, most laboratories currently use a method that identifies at least two gene regions of the virus.

The second area chosen is one that changes extremely infrequently. Thus, it is unlikely that the virus variant would not be identified in the test.

“If there is a suspicion that the test will not be able to identify a new variant, new gene regions will be added to it. This is perfectly normal operation in microbial diagnostics laboratories. ”

Does the modification affect the symptoms of the disease?

Delta variant symptoms caused by a British study by deviate from the usual disease.

With Delta, the most common symptoms in the UK have become headache, sore throat and runny nose, where coughing and impaired sense of smell and taste have dropped from the list of common symptoms.

In India, the delta transformation is in turn incorporated completely new types of symptoms such as hearing loss, severe abdominal pain and blood clots. So far, there is little research on the subject.

What about susceptibility to infection?

For some studies according to the delta variant may increase the risk of re-infection in those who have previously had a disease caused by another coronavirus strain.

Not yet peer-reviewed in the study suspicions have also been raised that the delta would be most sensitive to children and those under 50 years of age. According to Julkusen, it is unlikely that susceptibility to infection would depend on age.

“There may be individual differences in susceptibility to infection. Then it’s about the whole human genome and the combinations of hundreds of different genes. ”

Test packages were distributed at a local restaurant in Strasbourg in June. Earlier, Delta Variatti clusters had been found at Rhine University of the Arts. Picture: Frederick Florin / AFP

Will the variant spread to new hosts?

French researchers foundthat beta and gamma variants adhered to mice used in laboratory experiments and increased in their cells. This feature was not present in previous virus strains.

Julkunen confirms that the transformation of the virus enables species transitions, ie the spread of the virus from one species to another. Problems can be caused especially by host animals living close to humans.

“If the virus circulates from human to animal and from animal to human again, it has more and more potential to transform. So the evolution of the virus is accelerating. ”

Scientific journal Published in Nature at the end of June writing, which considered the future of virus variants.

Virologists Eric Topol and Roberto Burioni estimate that the evolution of the coronavirus may have already peaked.

“It may be that the virus will remain circulating among us permanently, just like the flu.”

Julkunen is not convinced by the assessment. According to him, the coronavirus transforms as long as it can circulate in humans or animals, and there is nothing to stop it from progressing.

“It may be that the virus will remain circulating among us permanently like the flu. This means that groups at risk must be protected with updated vaccines every year or two, ”says Julkunen.

“In other words, you have to learn to live with the virus. When the infections are at a low enough level and the hospital capacity no longer threatens to be overloaded, it is time to return to normal. ” 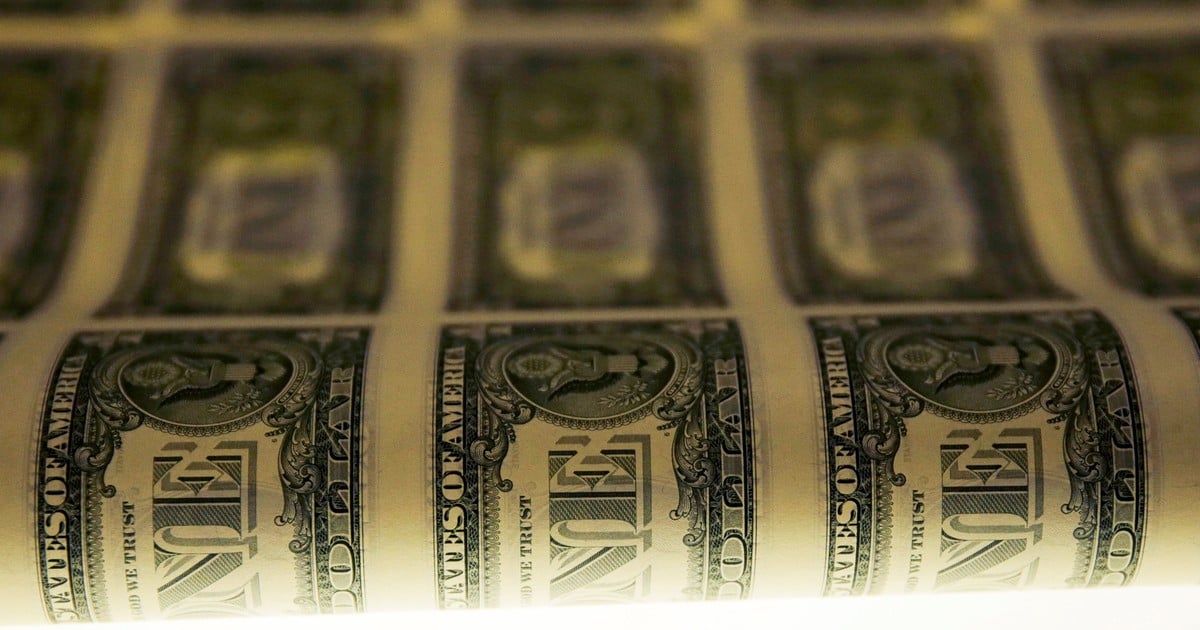