Coronavirus Vaccinations reduce the risk of developing a serious form of disease – Can the number of new infections be considered a measure of the disease situation? 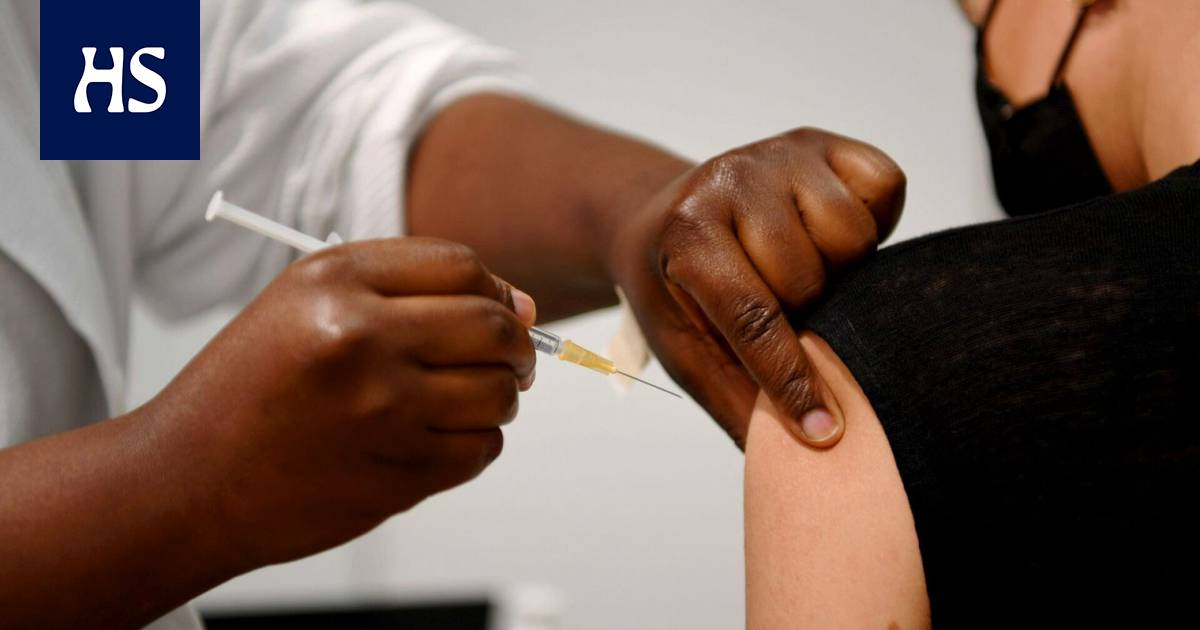 Just monitoring the amount of infection easily produces an exaggerated sense of danger, says Hanna Nohynek, THL’s chief physician. According to him, infections should be proportionate to the effectiveness of coronary vaccines against serious disease.

Which the day by noon on the screens of many Finnish phones flash. The Department of Health and Welfare (THL) has published daily coronary infection figures.

The infections received by football supporters who returned from St. Petersburg at the European Championships turned the calm infection curve to a clear rise again last week.

However, the infections of race tourists only tell about the disease situation in St. Petersburg, the director of THL estimates Mika Salminen To HS last week.

According to Salminen, infections imported from St. Petersburg are a wider problem only if they produce large chains of infection in Finland.

But How do infections in general describe the disease situation as Finland’s vaccination coverage increases day by day?

“The number of infections is interesting and important in tracking, but it does not tell the disease burden,” says THL’s chief physician. Hanna Nohynek.

According to Nohynek, the numbers of hospital and intensive care and deaths are important from the point of view of the disease burden – in the longer term, perhaps also the number of long covid symptoms.

However, according to Nohynek, the latter is a difficult indicator, as the case definition of prolonged coronary disease is still under development, and the development and treatment of the disease are not yet very well understood.

Large the change during the early summer has taken place inside the walls of the hospitals.

There are significantly fewer patients in hospital than in the spring, and they are younger than before. In the spring, hospitalization had the highest number of patients at the end of March. At that time, there were a maximum of 313 patients, of whom 59 were in intensive care.

On Friday, July 2, there were a total of 40 corona patients in hospital care in Finland, 11 of whom were in the intensive care unit.

On Friday, the largest number of patients was in the Helsinki and Uusimaa Hospital District (Hus): 15, of which 5 are in intensive care.

“It is clear here that when older age groups are vaccinated, those who end up in hospital are younger. There are individual patients over the age of 70 in hospital patients, ”says Mäkijärvi.

Especially Elderly patients often have at least one risk factor for coronavirus, which is common according to Mäkijärvi. However, according to him, it is noteworthy that young patients who are not at risk have been subjected to intensive care.

“Usually the patient has not had either dose of the vaccine at that time.”

Hus’s communications reported on Friday that 12 of the 15 patients in hospital at the time did not have any coronary vaccine. Two had one dose of vaccine, two had none. The vaccination status of one patient was unknown.

It should be noted, however, that all the figures for Hus are so small that it does not make sense to draw very large conclusions about the whole epidemic situation.

Markku Mäkijärvi estimates that about half of the coronary patients hospitalized in the last week have received one dose of coronary vaccine.

“So one vaccine protects but not completely.”

Finland the corona strategy is to prevent serious disease, prevent deaths, save years of life, and maintain the carrying capacity of health care.

The most important tools here are coronary vaccinations, which reduce the chance of a serious form of coronavirus disease. By last Friday, 59.5 percent of the population had received one and 19.2 percent two doses of coronary vaccine.

According to THL, in October, all willing people over the age of 16 received two doses of the vaccine.

THL’s chief physician Hanna Nohynek has repeatedly stated that Finland needs a discussion on the size of restrictive measures as vaccination coverage increases.

Should at the same time, the disease situation is slowly beginning to be assessed more on the basis of the number of hospital admissions?

Nohynek is on the same lines as in his talk about restrictions. According to him, in Singapore, for example, there has already been a debate in May about the right indicators of the disease situation.

Merely staring at the amount of infection easily produces a sense of exaggerated danger, Nohynek says.

According to him, the infections should be proportionate to the fact that a single dose of coronary vaccine provides a reasonable and two doses of very good protection also against a serious disease caused by variants of the virus.

“Sure, infections and diseases come through vaccine shelter, but their magnitude and severity are quite different from those at the beginning of the epidemic,” says Nohynek.

“The situation is different, for example, in several African countries where vaccination coverage is non-existent. Our situation is completely different. ”

According to Nohynek, as vaccination coverage increases, it should be possible to gradually treat the coronavirus like any other dangerous pathogen.

However, he notes that it is still necessary to monitor the amount of infection when less than a fifth of Finns have received the required two doses of coronary vaccine.

Husin Mäkijärvi does not take a direct position on the definition of the disease situation, but thinks that the need for hospital care will be more strongly involved in decision-making on corona restrictions and recommendations in the future.

He notes that in Britain, for example, it has been found that increased infection rates are not currently reflected in the need for hospital care.

“In other words, vaccinations have a clear effect there, but we still lack information on whether things work the same in Finland,” says Mäkijärvi.

Tampere Professor of Epidemiology at the University Pekka Nuorti emphasizes that there have been many indicators of the disease situation throughout the pandemic. One is the amount of infection, the other is patients requiring hospital or intensive care.

Each metric has its own purpose, and the recommendations and limitations have been based on the overall picture of these metrics, Nuorti says.

“But the weighting of these indicators can be considered,” Nuorti notes.

“Perhaps too little attention has been paid to the daily number of cases. The direction is more important than the daily changes. ”

For the layman, for example, infection rates are an easy way to perceive the disease situation, and the changes are most visible in them, Nuorti says.

Although the weighting of the indicators can be considered, it is by no means sensible to abandon the monitoring of infection rates, Young emphasizes. It is essential, for example, to monitor the age group in which infections occur.

“If the number of cases increases in young age groups, it reflects the circulation of the virus in the population. The more the virus circulates in the population, the more likely it is to find its way to at-risk groups, even if they are vaccinated, ”says Young.

“Monitoring is also needed to keep up to date with unexpected changes. If we only follow hospital patients, our infection chains have been progressing for a couple of weeks now. ”

However, it does not make sense to collect monitoring data only in absolute terms. According to the young person, it must be used for activities such as infection surveillance and decision-making on restrictions and recommendations.

Coronary patients in hospital in Finland and the Hus region on Friday 2.7.

Coronary patients in hospital in Finland: 40, of which 11 in intensive care.

Coronary patients in the Hus area: 15, of which 5 in intensive care

One dose of coronary vaccine for Hus patients: with two

Two doses of coronary vaccine in Hus patients: to no one

No coronary vaccine at all for Hus patients: At 12

The vaccination status of one patient is unknown.