Coronavirus THL’s chief physician: “The situation looks quite bright” experts still point out that the epidemic is not over yet 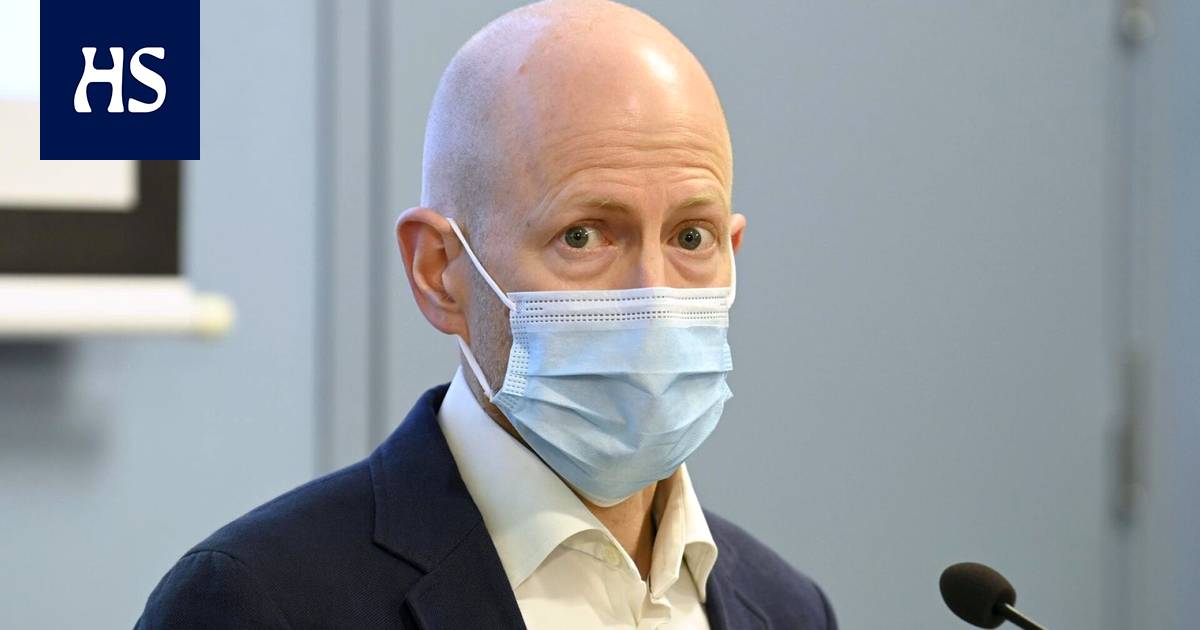 Infections diagnosed, the number of hospital and intensive care patients and forecasts for the future look better at the beginning of June than in the previous week.

Coronavirus epidemic The situation in Finland has clearly improved over the past week, experts from the Ministry of Social Affairs and Health (STM) and the National Institute for Health and Welfare (THL) said in Thursday’s corona situation review.

“In terms of case numbers, test positivity and vaccinations, the situation looks quite bright as we move towards summer,” said the chief physician. Otto Helve From THL.

Also strategy director Liisa-Maria Voipio-Pulkki The STM characterized the epidemic that had stalled in May as it began to shrink, although the epidemic is not over yet.

Across the country, both infection rates and hospital and intensive care rates have declined compared to last week.

In the last week of May, 400 fewer infections were detected than in the previous week. The estimated infectivity rate is 0.75 to 0.95.

The forecast for the start of new hospitalizations has also turned to a clear decline. Now STM predicts that in the coming weeks, 21–38 specialty treatment periods and 1–8 intensive care periods would begin. In last week’s progress report, the corresponding forecasts were still 32–53 and 2–10.

On Wednesday, there were 14 patients in intensive care, 22 patients in primary care wards, and 43 coronary patients in specialist nursing wards. A total of 79 patients were hospitalized for coronavirus infection.

In the event of an epidemic there are still large regional differences.

In the hospital districts of Helsinki and Uusimaa, Central Ostrobothnia, Päijät-Häme and Kanta-Häme, the incidence is still more than 50 cases in the last 14 days. Still, there is a decline in case numbers even in these high-incidence hospital districts, Helve said.

However, the virus variants widely found in Finland in May have caused a rapid increase in local infection rates.

In Finland, a total of 92 cases of corona caused by the Indian variant, ie the Delta variant, had been reported to the register of infectious diseases maintained by THL by Wednesday.

“The infectivity of the variant is likely to be higher than that of the Alpha variant, the British variant,” Helve said.

On Thursday morning, at a press conference in the Kanta-Häme Hospital District, it was reported that a hundred infections have been detected in the rapidly spreading chain of infection caused by the Indian variant in Hämeenlinna so far.

Read more: 17 people died in Kanta-Häme in the chain of infection caused by the Indian variant – many vaccinated among those affected

An important part in the prevention of local infection clusters is rapid tracing and chain cutting, the press conference said. Currently, according to STM, the source of infection can be traced in about 70% of cases.

Done the number of corona tests is currently about 120,000 tests per week. The proportion of positive tests was 0.7 per cent in week 21, ie in the last week of May.

“We really hope that testing activity will remain high, even if the cause is someone other than coronary infections.”

In order to prevent the situation from deteriorating again in the summer, for example, testing capacity will not be reduced despite the improvement, Voipio-Pulkki said.

Coronary immunizations Finland has made good progress, STM and THL estimate. At the event, experts recalled that the vaccine does not completely eliminate the risk of infection and transmission. In addition, they reminded those who received the first dose to take the second dose as soon as the time came.

About 54 percent of all people over the age of 16 in the country have received a single dose of the vaccine. More than half of those aged 45 to 49 have received their first vaccination dose. According to Helve’s assessment, the same will soon be achieved for those over 40 years of age.

Cognoscenti explained the improvement in the situation, both in terms of seasonality, interest rate restrictions and compliance, and the progress of vaccination.

In addition, the reduction of physical contacts may have an effect in the background, said Voipio-Pulkki. THL has been involved in an international research project to examine the impact.

“In the autumn of last year, the number of contacts fell last autumn and in fact remained at the beginning of the year half of what the 2005 reference level shows. At the turn of February-March, there was a further 30 per cent decrease in social and physical contacts in all age groups, ”Voipio-Pulkki said.

“In other words, it is conceivable that this reduction in physical contact contributes to the reversal of the decline in infections. This additional fall occurred at a time when new measures to contain the corona epidemic were anticipated and came into force as a so-called enhanced containment phase. ”

So If the favorable development continues, it is still important for Finns to take care of the health safety measures that are already familiar. Over the weekend, you still have to wear masks, take care of hand hygiene and remember the safety intervals, experts reminded.

For example, experts do not recommend Finns to travel even to Estonia or Sweden. The corona epidemic situation in northern Sweden is currently one of the most challenging in Europe, the director reminded Pasi Pohjola From STM. In addition, he emphasized discretion and restraint with regard to travel plans.

“I would say it’s safer to consider domestic tourism than foreign tourism.”