Coronavirus The pandemic situation in the world is only getting worse, but the professor still sees no reason to despair: “This is not going to be an endless rumba” 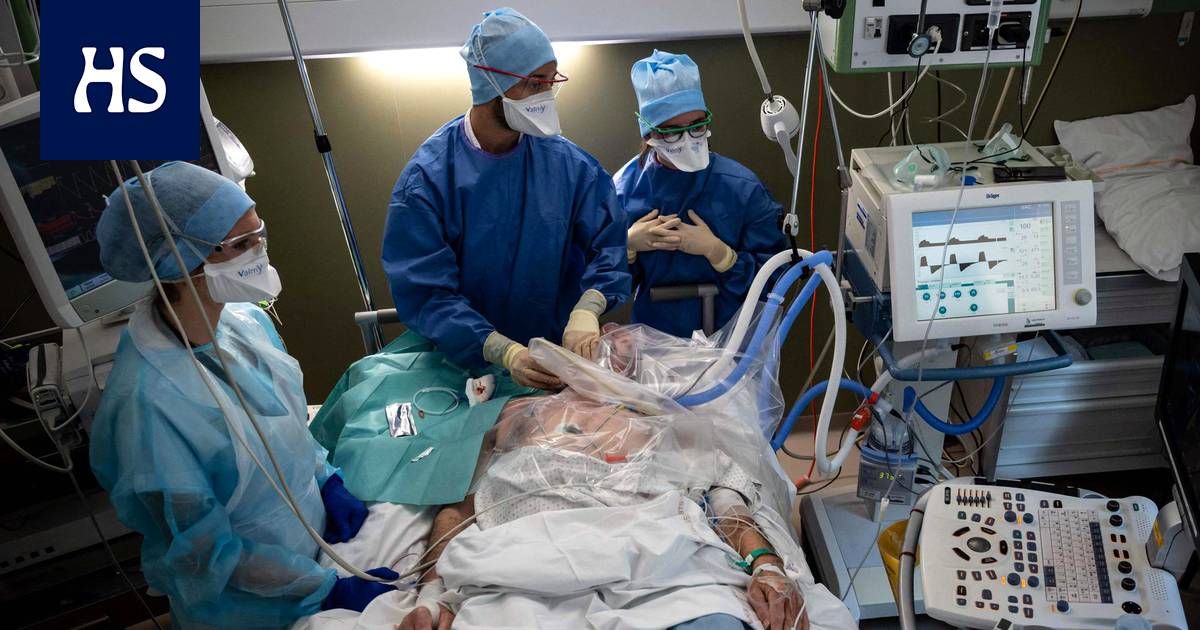 According to Professor Vapalahti, the return to a life like the one before will take a long time.

In Finland there has been a lively debate in recent days on how the restrictions imposed by the corona epidemic could be lifted. In the world, however, a pandemic does not seem to alleviate, on the contrary.

The number of reported coronavirus infections worldwide has been growing at a steady pace since mid-February, and in proportion to the population, the situation is particularly bad in several European countries, such as Germany and France. Johns Hopkins University follow-up more than 684,000 new infections were reported worldwide on Wednesday, a figure of the same order of magnitude as in early December.

Nearly three million coronary deaths have accumulated since the beginning of the epidemic. Chief Physician of the Department of Health and Welfare (THL) Taneli Puumalainen estimates Thursday morning at the press conferencethat the actual number of deaths is higher due to differences in mortality statistics and shortcomings in diagnostics.

Director of Health Safety at THL Mika Salminen is on the same lines. According to him, the infection rates reported by the World Health Organization are probably a “pretty underestimate” of the correct figures.

“It is well known that the light color of the map of many countries does not correspond to reality,” says Salminen.

“Global the situation has deteriorated recently, and Europe’s share of the pandemic is quite large, ”says Professor of Zoonotic Virology at the University of Helsinki. Olli Vapalahti.

“It is reasonable to assume that vaccinations provide moderate protection,” says Olli Vapalahti, professor of zoonotic virology at the University of Helsinki.­Picture: Rio Gandara / HS

“The figures show that many countries are heading towards the third wave or why we want to say so. So the situation is on. ”

Vapalahti reminds that the high incidence rates in Europe are partly due to good diagnostics, but that does not explain everything. The development of the pandemic, he said, depends on the spread of viral variants and the pace of vaccination. No peak of the pandemic may have been seen.

“The proliferation of variants and the slow pace of vaccination in most parts of the world mean that the situation could worsen in many countries. Of course, the epidemic is more dangerous in countries such as European countries and Japan, where the elderly population is large. “

“In the United States, 40 percent of infections come from five states, while in other states the number of infections is declining. The explanation is the spread of virus variants, which made the situation in Europe worse from the turn of the year. “

“In Finland, the virus strains in the spring were destroyed, but new ones came to replace them in the autumn, and the British variant then became a key factor. Now the South African variant accounts for more than 20 percent of infections in the Helsinki and Uusimaa hospital districts. They have come, even though attempts have been made to tick the borders. ”

Are Finnish talk about deregulation and exit strategies, in other words, useless?

“It’s good to talk about them,” says Vapalahti. “If a marathon at 30 kilometers starts to have lactic acid in it, then yes it will help if the stadium tower is already visible. The paint is good to be visible, but you should not hang on to the fact that one or the other day will happen. ”

“There is no certainty as to where the evolution of the virus will go. But on the other hand, no end-of-the-world mutation is expected. It is reasonable to assume that vaccinations provide moderate protection against a dangerous disease, so be it [rokottamista] it is worth doing, and it will not become an endless rumba. ”

“There are more than seven billion people in the world, so it’s hard to believe that the disease would be rooted here by vaccination,” Vapalahti estimates. “But it’s not completely impossible.”

“However, the likely scenario is that the virus will run around us. Then the options are for the person to get either the vaccine first or the disease first. Or the disease twice. The timing of this is another matter. ”

Infectious diseases history can look for clues as to how the coronary pandemic develops. Admittedly, the explosive growth in international travel made all comparisons lame.

“Measles similarly spread to humans from animals more than a thousand years ago. Today, it is thought that it belongs to humans, as does smallpox, for example, ”Vapalahti reflects. “These diseases have at one time spread rapidly in human communities, but the continents did not know each other until the expeditions. Smallpox and measles were exported from Europe to America, which again caused smallpox and canine distemper. ”

“About black death [1300-luvulla] is moderate data. It spread with the rat population, and even in that spread it took years. Smallpox was won after vaccines were invented. But it took 200 years before the project was completed. ”

A more recent and similar type of corona pandemic is the SARS epidemic of 2003-2004, which originated in China and was quickly brought under control. However, the work was facilitated by the fact that sars was only transmitted through people who had symptoms.

“And 20 years ago, Chinese travel in the world was 4-6 times less than it is today,” Vapalahti points out.

Professor still does not consider it impossible that the WHO could not announce in a year or two that the worst is over.

“Above all, the return to travel will last. There are countries like China, Australia and New Zealand where not many people have been vaccinated. People tend to overestimate in the short term that some change could happen quickly. And underestimate how things will change in the long run. ”

“Although some kind of exit strategy, ie getting out of exceptional circumstances, is planned both in Finland and in many other countries, traveling in the world in the light of current developments will not return to normal immediately.”

Why does frozen water take up more space than liquid water?