Coronavirus The number of infections is declining in Finland, THL’s chief physician: “The trend is very good” 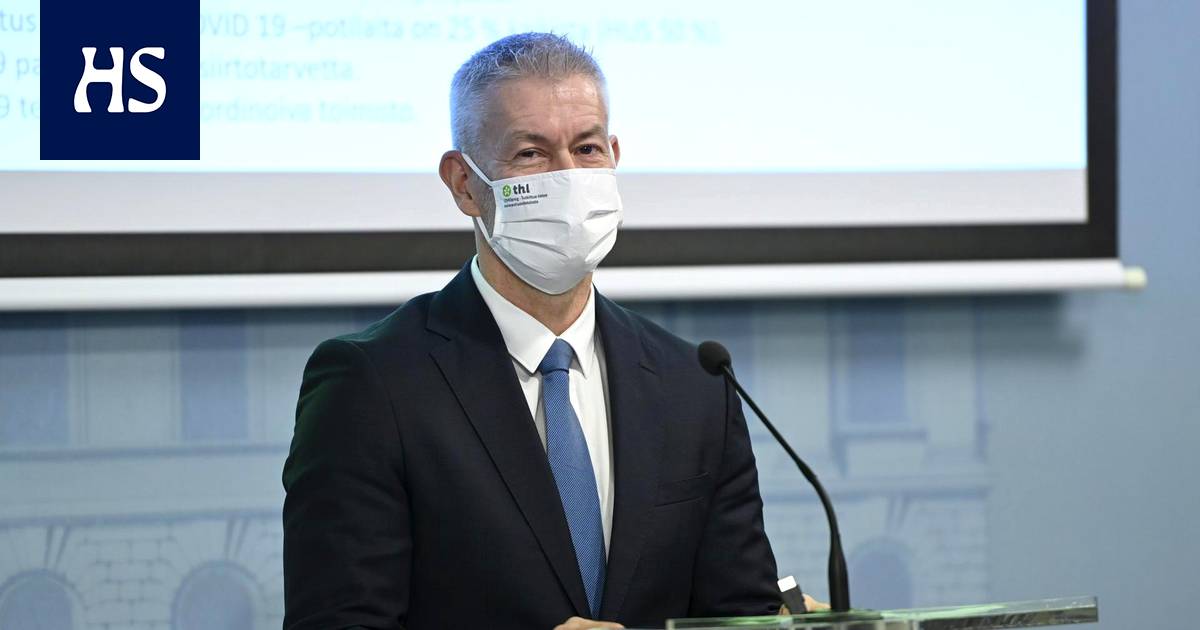 However, the restrictions cannot yet be lifted, experts stressed. “Yes, there is high vaccine coverage here, waiting for a couple more months of danger, and we still have to manage to comply with these restrictions,” said Taneli Puumalainen, THL’s chief physician.

Coronavirus infections The number in Finland decreased even before Easter, and the downward trend continues, says the National Institute for Health and Welfare (THL).

The downward trend has been affected by, among other things, the closure of catering shops.

“The trend is very good, and a big thank you to all Finns who have followed the recommendations and restrictions well,” said THL’s chief physician. Taneli Puumalainen in the Thursday progress report of the Ministry of Social Affairs and Health (STM) and THL.

However, he reminded that the coronavirus threat has not yet left Finland.

“Yes, there is high vaccine coverage here, waiting for another couple of months of danger, and we still have to be able to comply with these restrictions.”

Read more: Restrictions on movement were rejected, but many other recommendations and restrictions still apply – HS compiled a list of what applies right now

“It is not time to lift restrictions now,” the director also stressed Pasi Pohjola About STM in the review.

Infections is still observed in Finland, more than 3,000 per week. However, in many respects, the trend is currently good.

The need for hospital care has decreased from the significant increase in March, although there are still quite a number of patients in ward care, Puumalainen said. A total of 250 patients were hospitalized on April 7, up from 295 a week ago.

“The forecasts are clearly more moderate now than in previous weeks, which means that the expected value for the need for hospital care exists,” Pohjola said.

The number of infections detected has also decreased. During Easter week, the incidence of new cases was 58 cases per 100,000 inhabitants, compared to 75 in the previous week. The source of infection has been identified in about 70% of cases. Puumalainen emphasized that one hundred percent could not even be reached.

“If a person lives a normal life and has a certain amount of social contacts and doesn’t have an idea where the infection could have come from, it’s probably not accessible through infection tracking either,” he said.

Positive tests accounted for 2.6 percent of all samples nationwide during Easter week. The corresponding percentage was over 3% throughout March.

There are still large regional differences in the epidemic situation. The weakest situation is still in southern Finland: in the hospital districts of Helsinki and Uusimaa and in Southwest Finland.

The proportion of positives in the samples also varies, Pohjola said.

“Of course, where the epidemic situation is more challenging, the proportion of positive tests is usually higher. At worst, the Hus area has been close to five per cent, now it has dropped to less than four. In Southwest Finland, as many as seven per cent were positive, now there are already four starting chapters. Both are still clearly well above the national level. ”

But can it still be said that the corona epidemic is really fading in Finland and is not, for example, a testing bias due to low testing?

According to Puumalainen, the recent figures give a reasonably good assumption that no significant amount of infection has been hidden during Easter. Pohjala also said that sampling had remained at a relatively high level.

At Easter, however, more people have gathered and moved around Finland than the normal spring weekend, and the average incubation time of the disease can be up to weeks, Puumalainen described.

“We are not yet able to assess whether the celebration of Easter has had a longer-term effect on the course of the epidemic, it will be clear next week.”

In the review in addition, the risk of children and young people becoming infected in early childhood education or in the school environment was reported. Pediatric Infectious Diseases Physician and Chief Physician Otto Helve THL considers the risk to be low.

“The control measures taken so far in schools have been adequate,” Helve said.

Read more: “The first day is the worst, and then you get used to the mask” – Turku’s model of children’s masks is expanding to the Helsinki metropolitan area, THL is not worth the change

Although there have been extensive exposures in schools, most infections found in children are still traced to the family.

European drug agency Ema said on Wednesday that very rare venous thrombi with low platelets should be added to the drug company Astra Zeneca’s coronary vaccine as a very rare side effect.

Read more: THL’s Nohynek: Finland is considering changing the age limit for Astra Zeneca’s vaccine due to rare side effects

A precautionary measure is still in force in Finland, which is why only people over 65 are vaccinated with Astra Zeneca in Finland. At Wednesday’s news conference, Mom didn’t make any recommendations about who could be given the Astra Zeneca vaccine.

“Now that the European Medicines Agency’s assessment has been made, THL will make a recommendation on how to continue using Astra Zeneca here,” said the chief physician. Maija Kaukonen Finnish Pharmaceutical Safety and Development Center from Fimea in Thursday’s progress report.

The governor of the Ulyanovsk region resigned

I am: Mauri Stern complies with quarantine and appears as a virtual jury