Coronavirus The leaders of Tornio and Ylitornio: The tightening of the government’s borders left room for interpretation – “Is the work of a daycare provider one of the tasks necessary for security of supply?” 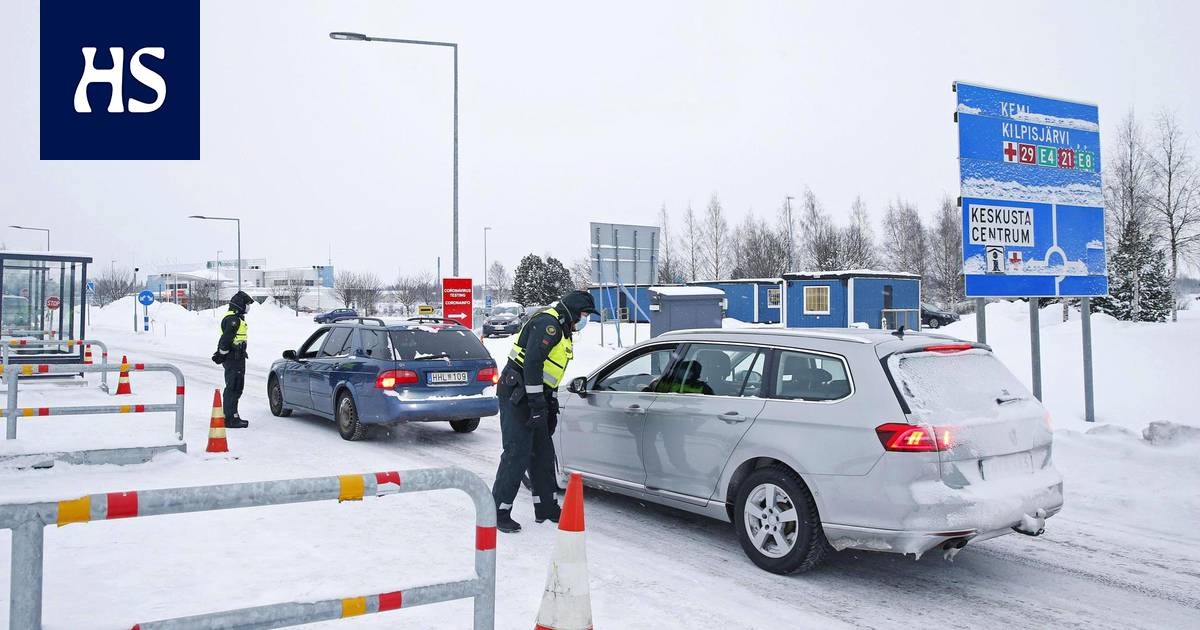 For example, more guidance is needed on what is a necessary task.

Tornion the mayor did not come as a surprise to the country government on Friday night new border tightening and recommendations on testing and quarantine.

Under the new restrictions, only commuting, which is necessary for security of supply and the functioning of society, will be allowed at borders.

The freedoms of residents of border communities such as Tornio and Haparanda, such as the free right to do business on the side of a neighboring state, will also be abolished. The quarantine recommendation also returns to border crossings.

“For two weeks, it has been clear to us that the government intends to propose some tightening to prevent the spread of coronavirus variants,” says Tornio Mayor Timo Nousiainen.

“Yes, we have already given a strong recommendation that unnecessary border crossings should be avoided,” says Nousiainen.

Mayor According to Nousiainen, the new regulations and instructions of the government have now been read carefully, but they still leave room for interpretation: how to define, for example, the necessary work, ie who is affected by the new restrictions.

There is also a lot to consider in the definition of kinship, although the Ministry of the Interior has tried to list exactly when entry is allowed for family reasons.

“Today, family relationships are so diverse, but you probably have to rely on people’s own judgment,” Nousiainen estimates.

“After all, all kinds of work is done here, such as Ikea and the paper mill in Kalix. Even the factory processes cannot be interrupted, ”Nousiainen says.

In practice, stricter commuting restrictions apply to commuting to Finland.

Ylitornion mayor Tapani Melaluoto says that he has already received inquiries from the Swedish side, can he come to work on the Finnish side from now on.

“After all, we’ve had a completely natural commute across the border. The municipality of Ylitornio also employs Swedish citizens at work in kindergartens, for example, but is the work of a daycare provider one of the tasks necessary for security of supply? ” Melaluoto asks.

“We understand that the disease situation on the Swedish side is critical and that further action is needed, but we are also waiting for more detailed instructions,” says Melaluoto.

Ministry of the Interior According to the release, only necessary commuting to Finland is allowed in commuting traffic arriving through the internal border. Work that is significant for the functioning of society and security of supply is considered necessary, the performance of which requires the work of a person or persons coming from another country and the work does not tolerate delays.

“The loss of border community status is a drastic change,” Melaluoto estimates, although in practice it also only applies to non-Finnish citizens. However, they may no longer cross the border other than through border crossing points.

According to Melaluuoto, Ylitornio does not have any readiness to test all entrants at the border. “We have a full job to keep primary health care going in the municipality. If we have to go for more extensive testing, we need help, ”says Melaluoto.

Nousiainen and Melaluoto, together with other mayors of Meri-Lapland, have suggested that the population living in the Länsi-Pohja Hospital District be vaccinated as soon as possible in order to curb the epidemic situation in the area and prevent the spread of the virus.

The West Ostrobothnia Hospital District has been in the process of accelerating the epidemic since the beginning of November, and the municipalities have introduced frontloading restrictions.

The mayors were disappointed that the government did not respond to this request on Friday.

Border crossers According to Nousiainen, the inspections and tests on the Tornio-Haparanda border have gone quite well. “We’ve had one container there for testing since last summer, and there will be two more on Monday, so we’ll make them run quite efficiently,” Nousiainen believes.

“After all, that testing remains a little gray area, which means that the nails are quite dull when it is voluntary,” Nousiainen assesses the thoroughness of the testing.

According to Nousiainen, the consequence of the stricter restrictions is at least that cross-border shopping is now declining. About half of the customers have come to the Tornio shopping center from the Swedish side.

“Leisure activities such as cross-border skiing are also likely to end. I myself play hockey on the Swedish side, and there is also a piste, ”says Nousiainen.

In the West Ostrobothnia region, there were about 220,000 border crossers during the first two weeks of the year. The busiest traffic is on the border between Tornio and Haparanda.

Nousiainen believes that the daily number of border crossers will now fall below 10,000, from a low of around 2,000 in the spring.

Explain why Warhammer 40,000: Darktide is exclusive to Xbox on consoles