Coronavirus: the 5,000 secondary students of the UBA without face-to-face classes in the City due to the presidential DNU 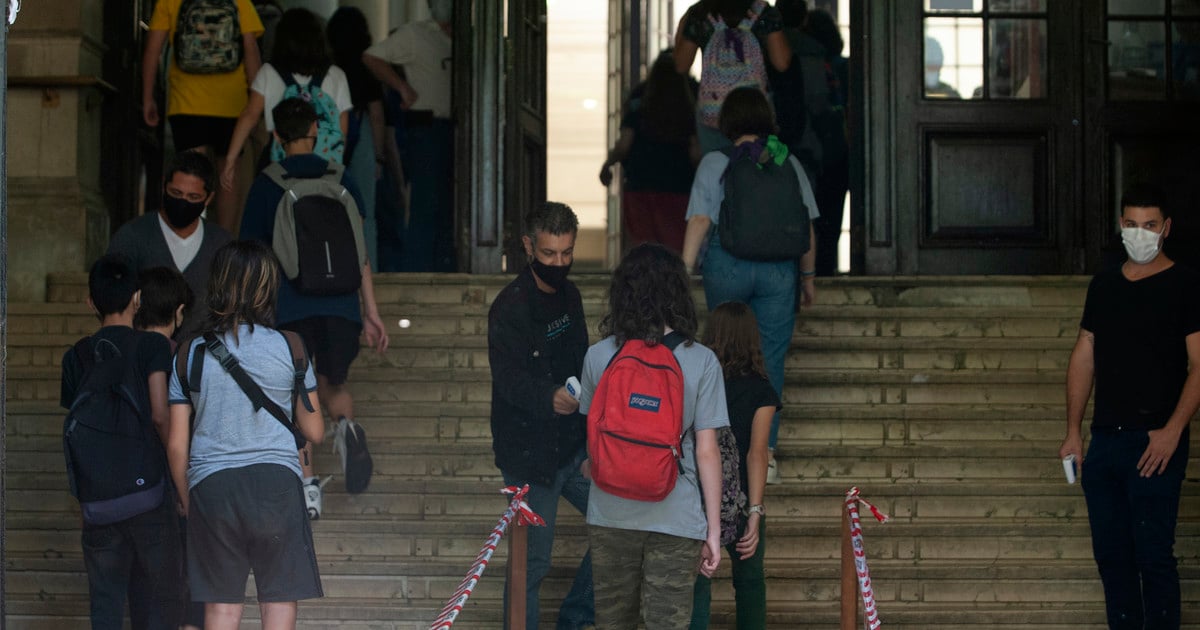 “Manage a pandemic in these conditions It is very difficult”, They say that Alberto Barbieri, rector of the University of Buenos Aires, affirmed when the conflict of face-to-face classes between Nation and City, which is now being settled in Justice. The UBA does not have it easy: its funds depend on the national government, but five of its six schools are in the Federal Capital.

This situation means that while most of the students from Buenos Aires high schools They are going to classes, those who go to the Nacional de Buenos Aires, the Carlos Pellegrini and three other schools dependent on the UBA had to return to virtuality.

For political and legal reasons, there is a contradiction: despite being all students from the same district, the regimes of presence between one and the other -from a conflict that exceeds them- are different. It is another of the blows of the restrictions adopted without consensus.

Why are the UBA schools they did not abide the ruling of the Buenos Aires Justice? “We conform to the presidential DNU. Our jurisdiction is not the City, because the university is national ”, explained a source from the Barbieri environment. There is also the question of university autonomy. To which they replied: “We are autonomous, not aliens.”

Everything went against the clock: on Friday, Alberto Fernández announced that school attendance was being interrupted. Saturday met with Horacio Rodríguez Larreta and they did not understand each other. On Sunday at 5 p.m. there was an extraordinary assembly of the UBA in which it was decided to abide by the decree. At night the Buenos Aires Chamber failed, which replaced the face-to-face classes.

At the UBA they believe two things: on the one hand, that the Federal Court or Justice they will agree with Fernández in the fight with Rodríguez Larreta; on the other, that the interruption of the presence will effectively be for 15 days. Although they are aware that all these questions enter the field of speculation.

Specifically, and as far as the university authorities seem to be concerned, a direct order came down from the Rectorate to put teachers at bay, so that they guarantee the sustainability of virtual classes. This means, in thick line, that they make as many Zooms as possible. That was one of the weakest points of virtuality during the 2020 school year.

“We started this Monday with virtuality much more organized than last year,” they clarified from the Viamonte 444 offices with some unease. And it is because a crossroads is approaching, that for now they do not know how they will solve, whether the DNU is renewed within 15 days or if it is suspended.

Both Buenos Aires and Pellegrini have afternoon shift, whose schedule ends around 10 p.m. If the Court rules in favor of Rodríguez Larreta, they will have to see how they do so that these students can attend the classrooms if you keep playing after 20 o’clock. It is not something that also, within those same schools, there will be two face-to-face and one virtual shifts.

Record debt decided: Scholz: “We want to take off after the pandemic”