Coronavirus Spring weather attracted thousands of people to parks and beaches in Helsinki – What was the risk of infection? 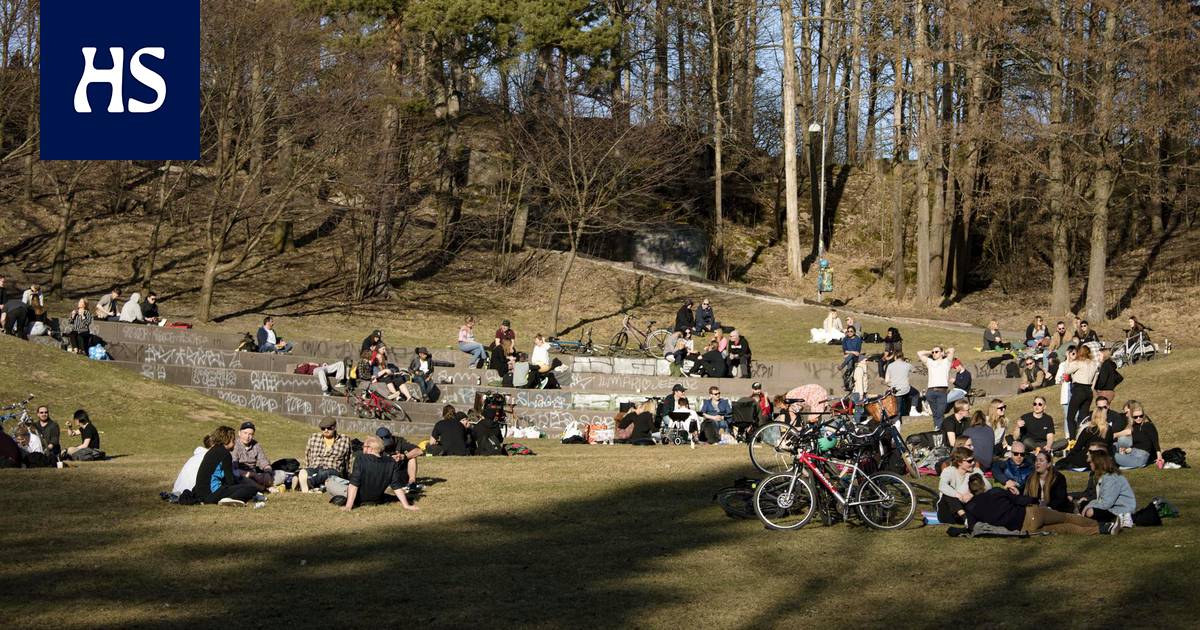 Expert Tip for Windy Weather Gatherings: Stay above the wind.

Sunny spring weather drew thousands of people to the parks and beaches in Helsinki on Saturday and will certainly do so today on Sunday. Beach trails were congested and ice cream kiosks were queued in long queues where safety gaps were not always taken into account and masks were not kept.

Happy pussikalja- and kuohuviiniseurueet sunny and filled the burgeoning green slopes quite like being in the year 2019. It was forgotten in many THL’s recommendation on the minimization of contacts and a two-meter security between.

What is the risk of the spread of infections from this?

Public Health professor Jouni Jaakkola is not very concerned about outdoor meetings if basic guidelines, safety intervals, and the use of masks at close range are followed. He is the director of the Environmental Health and Lung Diseases Research Unit at the University of Oulu.

The risk of infection increases according to close contacts, but he doesn’t mind the fact that people gather outside. For example, meeting on his own terrace is considered an optimal way to meet people.

“What matters is the conditions under which the contacts take place. The risk of infections is much lower outdoors than indoors, ”says Jaakkola.

First he would look in the direction of how people come to the gathering places. There may be a more significant risk in, for example, a bus, metro and tram.

“There is also a risk if, when drinking sachets and eating ice cream, you forget that a pandemic exists and even take a sip from the same bottle or eat the same ice cream. Such a happy meeting can increase physical intimacy and thus risk, ”Jaakkola reflects.

He basically welcomes the fact that safe social interaction is increasing because it has been needed by people and can also help reduce stress, which in turn can increase resistance to the virus.

He also recalls the experiences of last summer. At that time, the incidence of corona decreased, which may have been partly due to a decline in the pathogenicity of the virus in the summer, but the data are still partly inaccurate.

“Last summer in Europe, the summer months helped. Sunshine may also be a safety-enhancing factor, as ultraviolet radiation reduces the ability of viruses to cause pathogens. All of these factors make up the whole, ”he says.

“Now, the incidence has started to decline, but the situation may change quickly again.”

Aerosol- and Assistant Professor of Flow Physics Ville Vuorinen He also says from Aalto University that being outdoors is now one of the safest ways to meet people.

“Studies show that the risk of getting an infection outdoors is fairly low. Indoors, it is much more likely, ”says Vuorinen.

“Particles that come out when you exhale, they dissipate quickly. That is why tobacco is often smoked outdoors, but the proximity of smoke can make others cough. On the other hand, the distance is easier to maintain outdoors than indoors. ”

Still, not everything is known yet.

Tampere The university hospital said on Twitter on Thursday that follow-up analyzes of unknown coronary infections have revealed a few cases where the most likely source of infection has been contact with an asymptomatic patient, such as outdoors or in a stairwell.

“It’s worth keeping the distance outside as well. Outdoors are still recommended. Even the slightest gust of wind quickly dilutes viruses from the air. You should also try to be above the wind. ”

“We are in crisis because the social order was fractured.” Podcast ‘Speaking … with Warkentin’ | Ep. 1: Ana Laura Magaloni