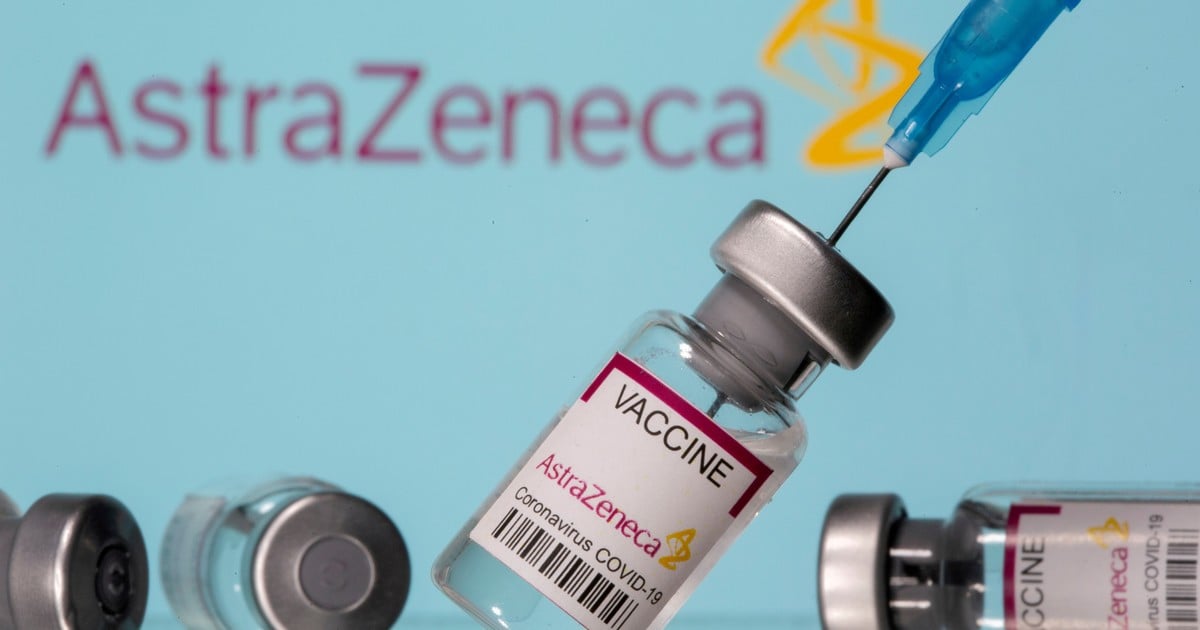 European countries like Italy, France and Germany resumed the application of AstraZeneca vaccines against coronavirus, following a favorable decision for the drug announced by the European drug regulator (EMA), while France once again confines almost a third of its population.

The French government announced that it is resuming its vaccination campaign and, simultaneously, ordered a four week partial confinement at least for Paris and its surroundings, as well as other regions of the country due to a “third wave” of the pandemic.

In total, a third of the French population, subdued by third time at the closing of non-essential businessesYou will have a maximum distance of 10 km from your home to be able to walk. Though schools will remain open.

Infections are accelerating in this country, which registered more than 38,000 cases in 24 hours and close to 100,000 killed by the virus.

France closes non-essential shops for the third time in the pandemic, citizens will have a maximum distance of 10 km from their home to be able to walk. Photo: REUTERS

Vaccination with AstraZeneca will also be resumed in Germany, Bulgaria, Slovenia or Italy, equally largely reconfigured since Monday. While countries like Spain, Portugal and the Netherlands will resume it next week.

“The committee came to a clear scientific conclusion: it is a safe and effective vaccine“EMA Executive Director Emer Cooke said in a video conference. She also said that announcement was made after” in-depth analysis. “

The AstraZeneca vaccine, which was to be the great European response to the world’s worst epidemic in a century, caused confusion shortly after it was approved, when countries that had signed gigantic supply contracts first saw how it arrived in a trickle, and then, how those cases of thrombosis appeared.

But the European regulator “concluded that the vaccine is not associated with an increased global risk of thrombotic events or blood clots,” Cooke said.

Vaccination with AstraZeneca will also be resumed in Germany, Bulgaria, Slovenia or Italy, also largely reconfined from Monday. Photo: EFE.

Norway and Sweden will await the result of their own evaluations next week to resume vaccinations.

A statement from the World Health Organization (WHO) Global Advisory Committee on Vaccine Safety (GACVS) on this vaccine is also expected this Friday.

In the United States, the rate of vaccination has accelerated dramatically in recent weeks, and an average of 2.4 million doses are injected per day today.

US President Joe Biden also announced that his country will reach its goal of implementing on Friday – more than a month early – 100 million doses in the first 100 days of his tenure.

On the other side of the Atlantic, the United Kingdom announced a reduction in its vaccine supply in April, which could slow down the vaccination campaign, one of the most advanced in the world.

Despite the drawbacks, vaccination continues to advance. At least 402.3 million doses have been administered worldwide, more than a quarter of them in the United States, according to an AFP count as of Thursday.

Mexico announced that it will receive batches of vaccines from the United States. The White House confirmed the data: 2.5 million doses for Mexico and 1.5 million for Canada, although delivery times are not yet known.

On his side, President Alberto Fernández, admitted a delay in the arrival of vaccines and called for extreme care in the face of the impact of a second wave of the coronavirus in the South American country.

“Up to today 4 million doses have arrived in the country, 6% of the doses that we have contracted. About 3 million doses have been applied to Argentines and Argentines,” he said in a message on the national chain. And he admitted: “Is everything turning out as we expected? No. Because there is global delay in vaccine production.”

Argentina, with 45 million inhabitants, accumulates more than dMillions of cases and more than 54,000 deaths due to coronavirus, a scourge against which he contracted purchases “of 65 million vaccines,” said the president.

While, Chile imposed as of Thursday a strict reconfinement of the country, after the vaccines even reached the Chilean base in Antarctica, where fifty people have received the first dose.

And in Honduras, the government declared itself on alert to the possible irregular entry of alleged Russian vaccines against covid-19, after the seizure in Mexico of an alleged shipment destined for the Central American country.