Coronavirus: Province and City agree that, after the strict closure, the cases in the AMBA decrease 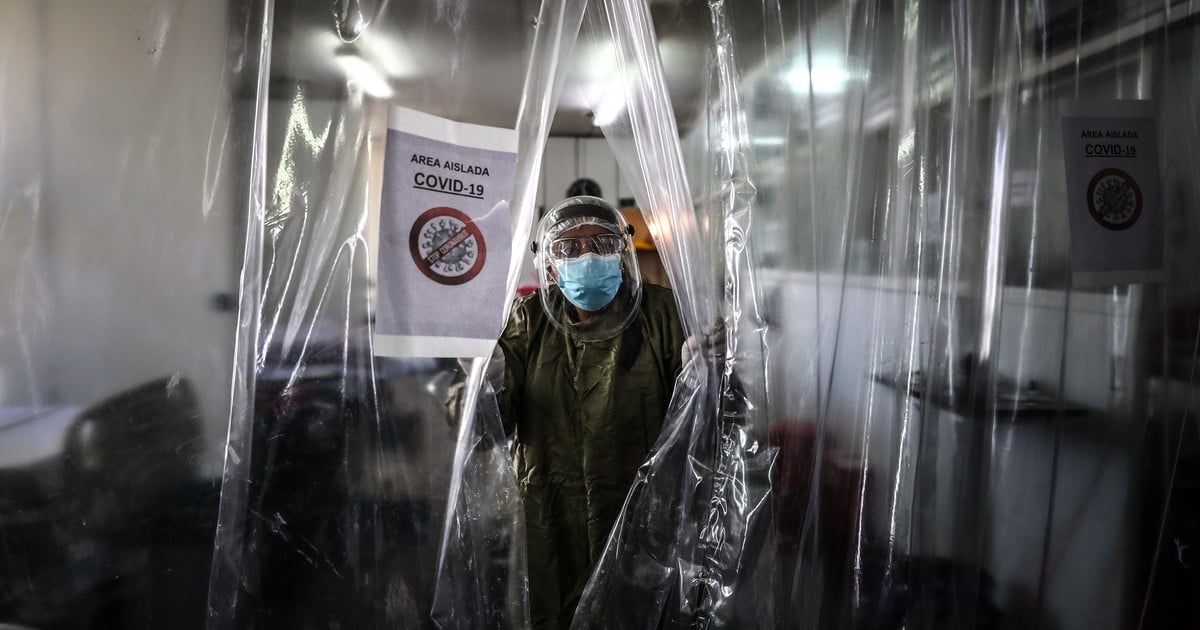 Quirós said this morning at a press conference that there is a “steepest descent” of coronavirus cases in the City, and assured that between the end of June and the beginning of July the effect of the vaccination campaign will be seen, which accelerated with the arrival of more doses to Argentina.

Kreplak, for his part, declared to Radio Continental that in the province began to register a “slight decrease in cases” and that they hope “that it is sustained” and that this week, with more mobility, it will not generate a new promotion.

In this context, he explained that with the “strong closure that was applied the other week”, “the speed of huge ascent“that had been recorded.

Kreplak said that in the inside of the province continue very high cases, and that it can happen because there is a certain delay with other regions, but he stressed that “in the AMBA we are beginning to see a slight decrease in cases, and we hope it will be sustained.”

Nicolas Kreplak affirmed that there is a decrease in cases in the province of Buenos Aires. Photo Mauricio Nievas.

Minister Quirós affirmed: “As of this week, the closing of nine days begins to impact (between 22 and 30 May last) and we are seeing a steeper decline, surely it is the answer to the intensification of the limitations of social interaction that we had “.

The Buenos Aires minister maintained that expect cases to continue to decline to an average below 2,000 a day as the first objective, to later continue evaluating, and specified that an average “of 2,700 [nuevos casos] three weeks ago, to one of 2,200 today. “

“We hope that this decline can be sustained next week, concentrating on continuing with the effort to limit circulation and maintaining a certain level of activity, but without family, social and work encounters in places where we could get infected, “Quirós said.

He also stated that by the middle of this month it is expected to meet “the first objective” of vaccinate the entire population at risk of the City, reason why between “end of June and beginning of July we will be seeing the effect of the campaign of vaccination of these days” considering that “the biological effect of the vaccine is seen in two or three weeks”.

In that sense, he ratified that the City opened this Friday the registration to vaccinate the general population between 55 and 59 years old, while next week they will announce the stage for those who have between 50 and 54 years, according to the flow of vaccines that are arriving in the district.

Fernán Quirós said that “the first objective” is to vaccinate the entire population at risk in the City.

In that sense, Quirós argued that in the City there are 1.2 million people who make up the highest risk groups against covid-19, and said that a 76.71% of this population they have already been immunized with at least one dose, while 23.37% have already received the complete two-dose schedule.

He also indicated that this weekend the inoculation of the teachers and non-teaching education workers who signed up.

In the province of Buenos Aires, Kreplak reported, they are launching a program to go House for house “Together with mayors and social organizations”, to summon people to join the vaccination campaign.

“The Detect operation is house to house, where we see tens of thousands of people every day, what we are doing now is go find the people at the house to register it and to be able to identify those who registered but do not have the proper way to see if the notification reached them, “he explained.

“We are reaching more than 90% of the target population that is enrolledThat is a huge record, very few countries in the world have such a level of adherence to the vaccination campaign, “he said, although he said that” older people are still the ones who have the highest risk of death, and that is why you have to go to look for them in case they could not register.

When asked about the difference between the vaccines distributed and those actually applied in the province of Buenos Aires, he said that “It has to do with the size of the province”.

“It is a very vast territory, this week we deliver a million shifts, there was a 15% absenteeism, we reassigned shifts for vaccinations. It is the largest province in the country, with many towns, that takes some time. We are vaccinating more than 100,000 people per day, “he completed.