Coronavirus Päijät-Häme, which has entered the acceleration phase, suspects that the epidemic will be curbed without tightening restaurant restrictions 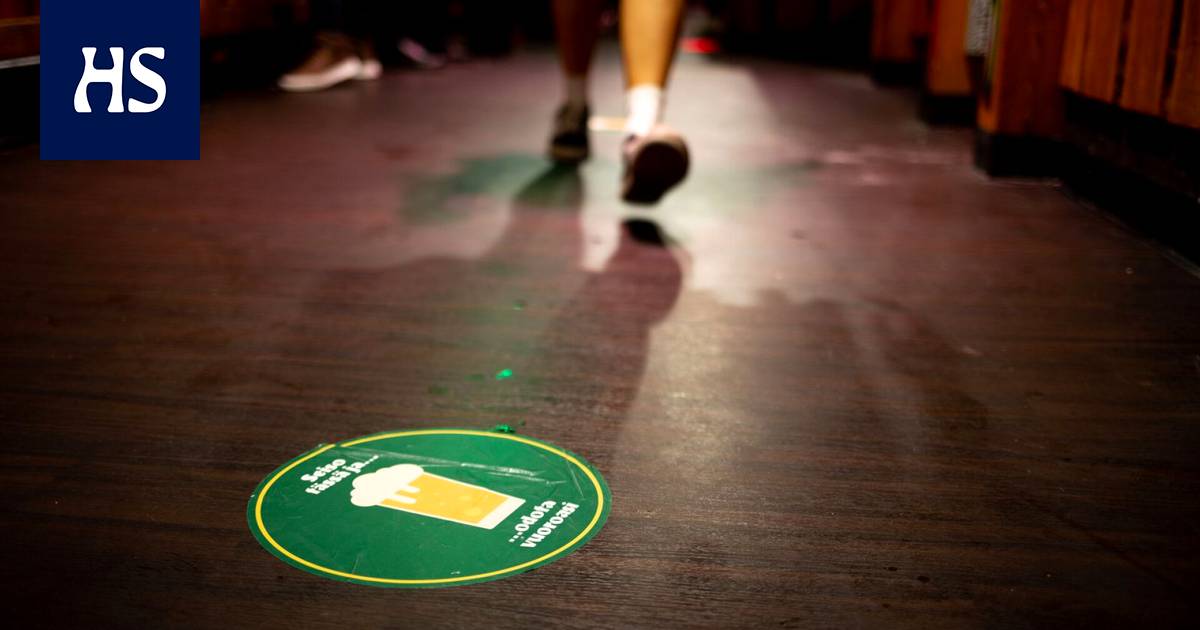 Päijät-Häme and Varsinais-Suomi announced on Thursday that they had moved from the basic level of the epidemic to the acceleration phase. In Päijät-Häme, infections have been traced especially to restaurants and parties.

Päijät-Häme The Welfare Consortium and the Hospital District of Southwest Finland announced on Thursday that they had moved from the basic level of the epidemic to the acceleration phase.

With the exception of Lahti, Päijät-Häme was at the basic level of the epidemic. Based on recent infection rates, the criteria for the acceleration phase are met throughout the province.

In Päijät-Häme the epidemic is spreading among young adults. Much of the new infections in the area have been traced to restaurants and private parties.

Restaurants in the area are subject to basic restrictions. There are no restrictions on the number of customers or drinking and opening hours.

Vice Chairman of the Päijät-Sote Corona Co-operation Group, Chief Infectious Disease Ville Lehtinen is skeptical whether the epidemic will be caught up without tightening restaurant restrictions.

“It seems that the recommendations and calls have not had a major impact on the course of the epidemic.”

“The situation has now worsened, which may make it clear to people the importance of the recommendations. But so far it has not been seen that the infections have started to decrease with these recommendations. ”

For now There will be no new gathering restrictions in the Päijät-Häme region.

“The epidemic is concentrated in young adults, and general meetings or gatherings have not been seen as a significant factor in the spread. They are in the range of means if the situation changes, ”says Lehtinen.

Elsewhere in the region, basic criteria for gatherings. In Lahti, the assembly restrictions of the acceleration phase apply.

For general meetings or public events indoors or outdoors, there is no personal limit in the baseline or acceleration phases.

In Southwest Finland the proportion of native infections among new infections has more than increased sixfold in two weeks.

The direction is the Chairman of the Corona Coordination Group, the Chief Medical Officer Mikko Pietilän according to worrying. The proportion of untraceable infections has also increased.

Infections have been traced to a close circle living in the same household as the patient, to domestic tourism and to some extent to restaurants and private parties.

“I hope people understand that the epidemic is not over, but we have a new wave of disease. Virus variant [deltamuunnoksen] may receive even a reasonably short contact, especially those who have not been vaccinated. “

Southwest Finland The Regional State Administrative Agency will tighten meeting restrictions in the municipalities of Turku, Salo, Raisio, Kaarina and Parainen from Friday.

Pietilä does not see that there is any particular rush in Southwest Finland to tighten restaurant restrictions. Now there are no restrictions on drinking, opening hours or customer numbers at restaurants in the area.

Some non-food-borne infections have been reported in the area, but not yet to a worrying extent, according to Pietilä.

“We’ve had some exposures in restaurants, including food restaurants, and I hope they don’t become more infections. No one wants to restrict business as an absolute value. Of course, the situation may be new tomorrow. “