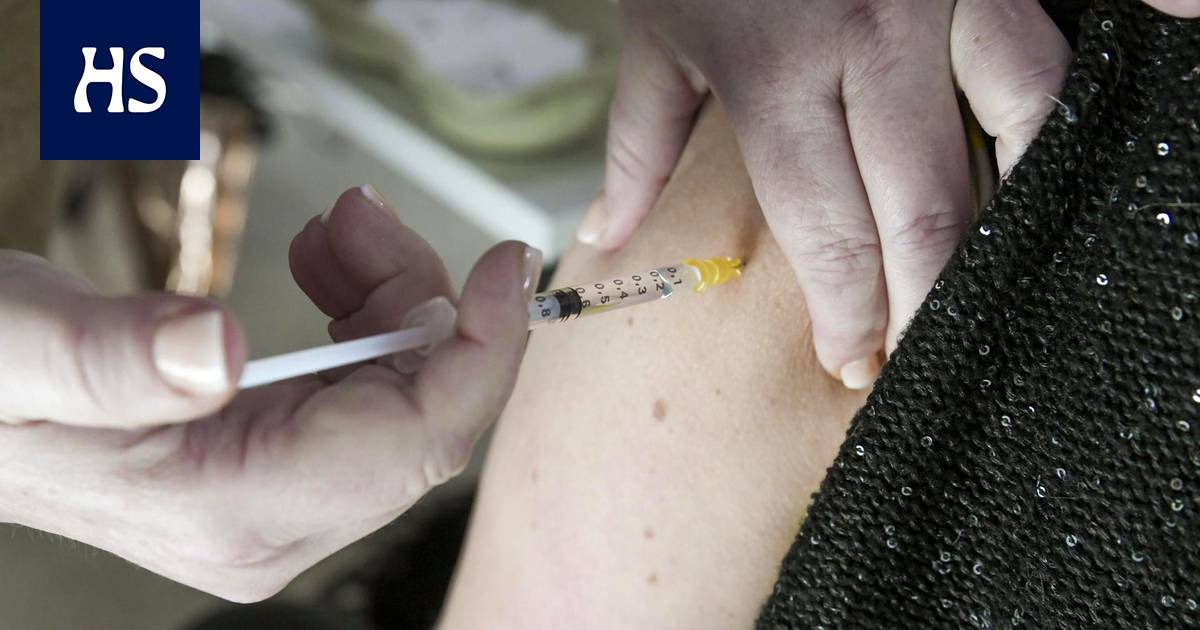 The complainants invoke the sovereignty of the Patients’ Law and consider the vaccination of 65-69 year olds with Astra Zeneca to be contrary to fundamental rights and equality, as well as age discrimination.

Parliamentary the ombudsman has received dozens of complaints about coronary vaccinations. The newest ones, especially recently, have come mostly from people over the age of 65, who have wondered why they have to take the Astra Zeneca vaccine.

Of the 61 complaints received by the Ombudsman’s Office by Wednesday, 15 concern Astra Zeneca.

An article under the pseudonym was also published on Wednesday in the audience section of Helsingin Sanomat Even the person to be vaccinated has rights. In it, the author wondered why “we 65-69 year olds are secretly being forced to be vaccinated with that vaccine”.

Astra Zeneca now only vaccinates people over the age of 65 in Finland. The European Medicines Agency (EMA) has found that the vaccine may be associated with a very rare blood clotting disorder, and the majority of these cases have been reported in women under 60 years of age.

Concerns about the side effects of the vaccine have been raised in people, although rare cases of vascular thrombosis have been reported in the European Union per 100,000 people who have received the Astra Zeneca coronary vaccine.

To the Ombudsman The complainants of Astra Zeneca consider vaccination of people aged 65-69 with Astra Zeneca to be against fundamental rights and equality, as well as age discrimination. It is also considered to be contrary to the sovereignty of the Patients Act.

Astra Zeneca has been given to people aged 65-69 in most municipalities. People over the age of 70 have mostly received vaccines from Moderna and Pfizer and Biontech. They are manufactured using mrna technology, which is different from Astra Zeneca’s manufacturing method.

The National Institute for Health and Welfare (THL) ruled on Wednesday that mrna vaccines can also be given to people aged 65-69 in the future if the person to be vaccinated so wishes.

Other as in particular, vaccination complaints about the AZ vaccine range from side to side, from suspicions of conspiracies and the profit motive of pharmaceutical companies to unfair vaccination schedules that put people in an unequal position, for example, by profession.

Special groups include, for example, healthcare professionals, home care workers and carers whose entitlement to vaccination is being sought. The right of the spouse of an elderly person who has already received the coronary vaccine to receive vaccination has also been complained about.

In part complaints are also suspected of masking the side effects of vaccinations.

Complaints also concern, for example, reimbursement of travel expenses between home and the vaccination site, appointments, inability of staff to answer questions, failure to invite people over the age of 70, difficulties for the elderly to book vaccinations online and incorrect information about vaccinations provided by the authorities.

Complaints include the country’s government, the National Institute for Health and Welfare (THL), the National Vaccination Expert Group KRAR and a number of municipalities.

In March The Ombudsman has already ruled on a complaint from 23 people questioning the need to introduce all coronary vaccines in Finland as unnecessary because the epidemic is not serious enough.

In his reply, the Deputy Ombudsman Maija Sakslin considered that “there is no reason to suspect unlawful conduct or breach of duty on the basis of your complaint”.

'Under the stars of Paris' and other premieres

From vans to electric scooters, by the hour or shared: This is GoTo

Columns Welcome to May Day Remote Picnic! And Markku could put the microphone on right away