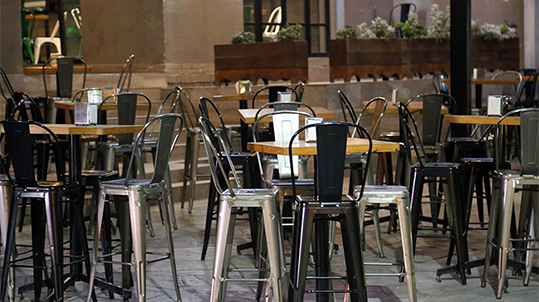 The Secretary of Health in Nuevo León, Manuel de la O. Cavazos, announced that there will be changes in the capacity restrictions established from 60 to 70 percent, and that the hours are open to 24 hours.

And only the kermeses, fairs and festivities remain as the only events that appear as not allowed.

On the other hand, De la O Cavazos indicated that the traffic light for week 24 closed with one indicator in red, one in orange, three in yellow, and five in green.

The only aspect in red, for the eighth consecutive week, is the average number of daily tests carried out, which this week was 398, however, on the other hand, the indicator of the installed capacity to carry out tests remains green and with the possibility of do a thousand or more exams daily.

While the indicator in orange was, for the third week in a row, the percentage of positive tests, now with 37 percent.

In yellow, for the fourth week, the daily average of positive cases with 147, and the comparison of pneumonia with 24 percent, and the average of deaths with 6 per day.

While in green, in addition to the aforementioned installed capacity to perform tests and the average daily deaths, there are the occupancy of beds for covid patients with 21 percent and the occupancy of intensive care beds with 17 percent.

Both indicators linked 15 consecutive weeks together in green, that is, in low risk; although the occupancy of beds for covid patients in general reached 16 weeks in green.

Completing the list of items at low risk, the transmission rate with 1.08 and the comparison of respiratory diseases with zero percent.

At the cutoff of the press conference on June 24, he commented, in Nuevo León 2 million 399 thousand 769 doses of anti-covid vaccines have been received and 2 million 197 thousand 648 have been applied.