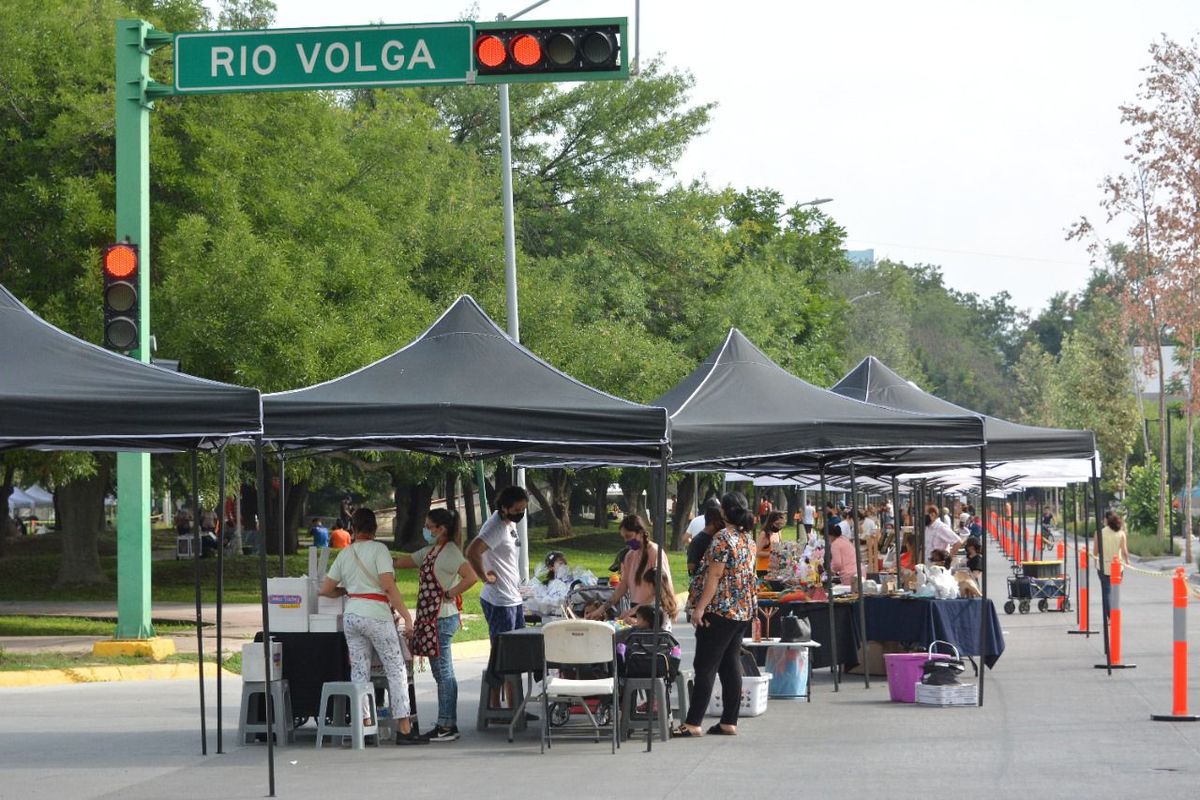 “San Pedro de Pinta” and “San Pedro de Rol”, street plans that were suspended for 15 months due to the covid-19 pandemic, were reactivated this weekend, with an influx of 5,000 and 3,000 Sampetrians, respectively.

The recreational and coexistence programs came back to life when the circulation of Las Calzadas, Del Valle and San Pedro was closed again, in the municipality of San Pedro Garza García, but with the respective sanitary measures.

Both recreational routes programs, one carried out this Sunday until 1:00 p.m. in Calzadas del Valle and San Pedro, in Colonia del Valle, and the other carried out on Saturday in Clouthier Park, to the west of the municipality, had been suspended since the start of the pandemic, for being massive events.

The Reactivation dates were chosen by the municipal Secretary of Culture to give an opportunity for the last poles of the power line to be removed from Calzada del Valle.

In addition, the latest adjustments to the sidewalks in Clouthier Park, which It seeks to guarantee the safety of the families who walk both recreational routes.

Both street and family life programs were carried out following strict health security measures, and may be modified or suspended if the circumstances of the pandemic so require.

For this dates people over 50 have already received the two doses of vaccine against covid-19, and at least one dose for people over 40 years of age.

With that it seeks to reduce the possibility of a regrowth of the disease among the people most vulnerable to complications.