Coronavirus Mexico’s corona statistics show an additional 100,000 deaths at once – The figures for many countries cannot be relied on, says THL’s Salminen 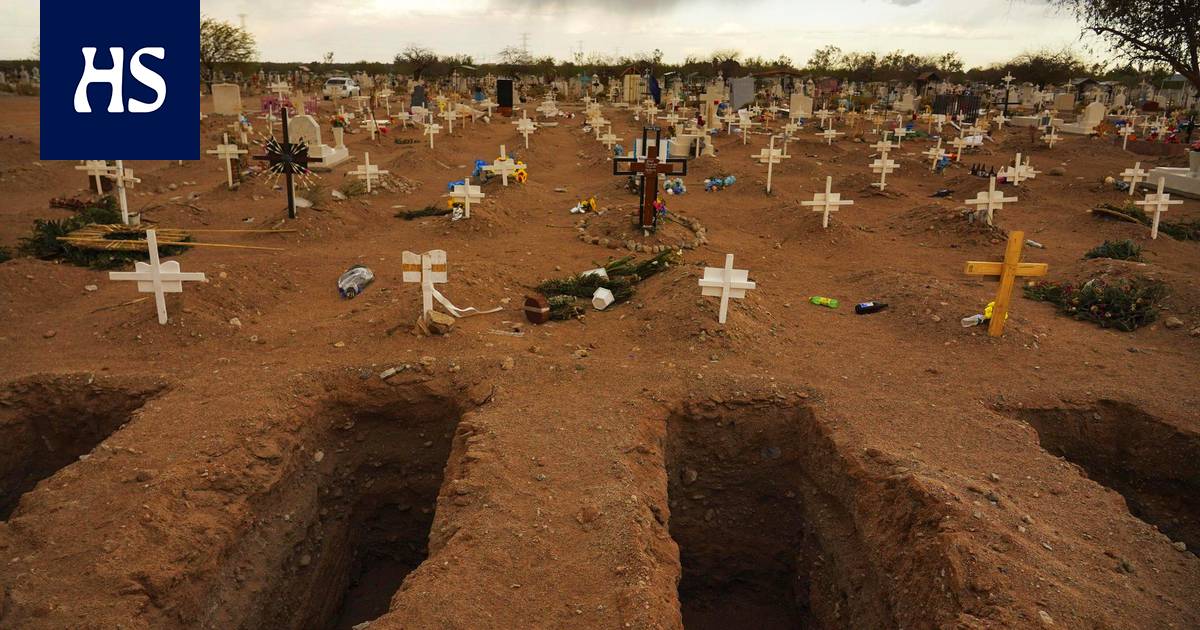 Statistics from developing countries in particular can give a completely wrong picture of the pandemic situation.

Picture The Mexican coronavirus situation collapsed last week in one fell swoop when authorities corrected virus-related deaths. Indeed, there may be 60 percent more deaths than previously reported, about 300,000. So far, the official figure has been less than 200,000.

With the new figures, Mexico, with a population of 127 million, would jump right behind the United States in statistics, the country with the highest number of deaths in total. Mexico even surpassed Brazil, home to 211 million people – though the situation in Brazil is deteriorating at an accelerating pace.

Statistics is deficient in many countries, says the Department of Health and Welfare Mika Salminen.

“There are huge differences in the accuracy of mortality statistics between countries,” says Salminen.

“In practice, the figures for OECD countries are somehow comparable. In many developing countries, the cause of death remains unclear. ”

The adjusted number of deaths in Mexico has been calculated on the basis of over-mortality, i.e. by comparing the number of deaths with the predicted normal number of deaths. This calculation provides a probable estimate of the contribution of the coronavirus to death, even when the virus has not been properly tested or recorded.

Mexico the statistical jump does not surprise the docent of Latin American research at the University of Helsinki Florencia Quesada Avendañoa.

“Since the beginning of the pandemic, it has been clear that there are many infections and deaths, but they are not recorded and counted correctly,” he says.

In Mexico, as in many other Central and South American countries, society is very “informal” compared to Finland, he explains. There is no reliance on statistics when a large proportion of the population lives outside official systems.

Quesada Avendaño believes that the same statistical problem is still emerging across the Americas, and the picture of corona deaths is darkening.

Criticism The president is strongly affected by the disease situation in Mexico Andrés Manuel López Obradoriin, known by the nickname Amlo consisting of the first letters of its names. Among other things, the British newspaper The Guardian recalls the light attitude of the left-wing populist president towards the pandemic.

He has been compared to the one who led the United States during the first year of the pandemic To Donald Trump and his cousin, the President of Brazil Jair Bolsonaroon. The benchmarks are politically on the right side, but the trio can be said to be united by a reluctance to tight limits.

López Obrador, for example, has not agreed to take a corona vaccine. It is also politically difficult for a president who is happy to advocate for labor to impose restrictions that would prevent him from working. Admittedly, according to Quesada Avendaño, strict restrictions on movement would hardly have worked in Mexico, even if they had been imposed.

When there is no formal employment, there is also no social security, and few people stay home without compensation.

“Amlo knows that in Mexico, the majority of employment relationships are informal. No government can shut down the economy, even if it wants to, ”Quesada Avendaño says.

“In a pandemic like this, help doesn’t get through because people don’t have proper records. If you stay home, you will starve. ”

All of course do not suffer. Survival in the daily life of the Korona in Mexico largely depends on which social class one belongs to, Quesada Avendaño says.

His brother teaches at a large university in Morelia, Mexico. The brother is the upper middle class who may have switched to telecommuting.

However, student class differences escalated in the pandemic, as not everyone is able to adapt to the new situation. Statistics Mexico estimates in its report that more than 5,000,000 people under the age of 30 had to drop out of school due to the pandemic. Some were left to care for sick relatives, some were left without income and some did not have the opportunity or resources to study remotely.

“In poor families, this can be a generational setback when children drop out of school,” Quesada Avendaño says.

Eventually everything in Mexico also depends on the carrying capacity of health care. When hospitals are full, even the benevolent cannot be treated. There is already a black market for oxygen in Mexico, Quesada Avendaño says.

The pressure on hospitals is further exacerbated by the significant problem of obesity and diabetes. More than 70 percent of Mexicans are overweight, and the number is growing rapidly. Obesity and diabetes are risk factors for severe covid-19 disease.

“Maybe my brother wouldn’t have a place in the hospital either if he got sick.”

Columns An unemployed person is valuable