Coronavirus It is feared that the disease situation in Estonia will also be reflected in Helsinki – This week more than 6,000 people have arrived in Finland from Estonia 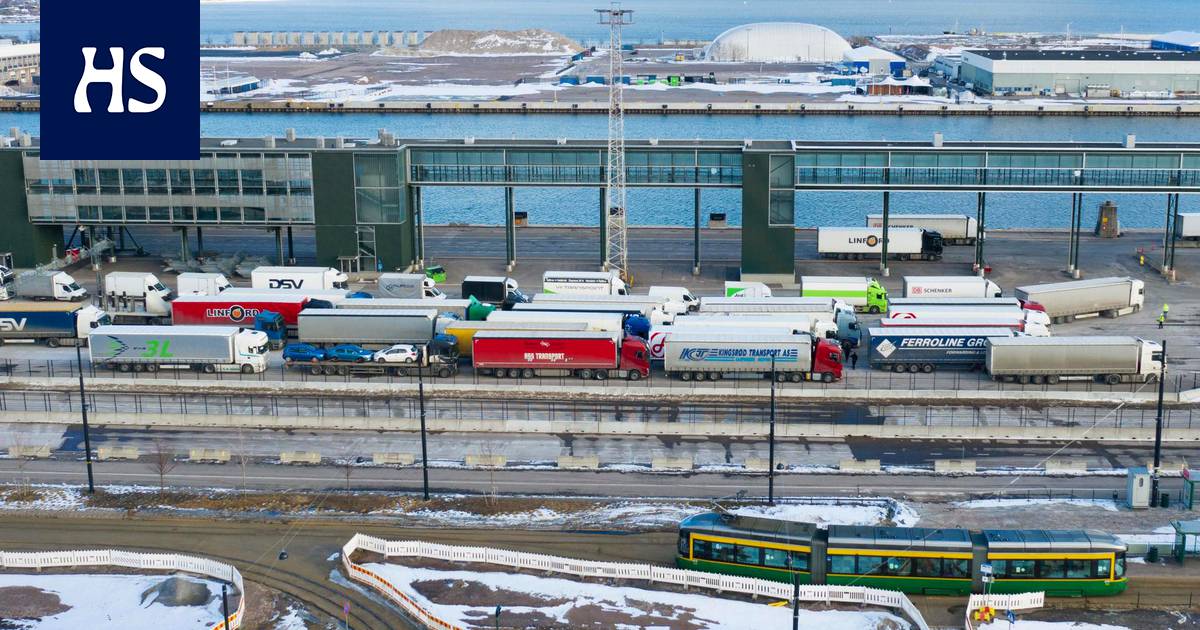 The Communicable Diseases Act itself would not prevent regional government agencies from also ordering truck drivers between Estonia and Helsinki for mandatory health inspections.

Estonia the coronavirus situation is currently the worst in the world in terms of population. It is also feared that the disease situation will be reflected in Finland, as more than 11,000 people moved between the countries last week.

Read more: Estonia now has the worst coronavirus situation in the world in terms of population

The situation in Estonia is significantly worse compared to Finland and southern Finland, which is currently suffering the most from the epidemic. In Finland, the incidence rate of coronavirus infections is currently 148.3. The proportion of positive samples in the Helsinki and Uusimaa Hospital District is in the order of four per cent.

Traveling Ship traffic between Estonia and Finland has decreased somewhat in March.

Currently, only necessary commuting is allowed from Estonia. Since the decision came into force, the number of passengers in the ports of Helsinki has varied between 10,000 and 13,000 people a week, says the Deputy Commander of the Gulf Coast Guard. Mikko Simola.

“Before the entry into force of the tightened entry conditions on 27 January, about 20,000 people arrived in Finland every week through the ports of Helsinki. As part of the Port of Helsinki, traffic arrives in Finland via the West Harbor, Katajanokka and Vuosaari. Passengers also arrive in Vuosaari from Germany, but the numbers are small, ”says Simola.

On Wednesday, the Regional State Administrative Agency of Southern Finland (AVI) made a so-called mass decision on the mandatory participation of immigrants in health checks. With the decision, every person coming from a country at risk through the ports of Helsinki, Helsinki-Vantaa Airport and the Vaalimaa border crossing point must participate in a health check immediately after entry, which may include a coronavirus test.

Obligatory the health check does not extend to freight transport and logistics personnel, such as truck drivers arriving in the country on duty.

Between Monday and Thursday of this week, about 6,400 people arrived in Finland from Estonia, says Commander Simola.

“Of these, just over half were freight and logistics personnel, about 3,400. Other pedestrian and passenger traffic arrived in Finland via the Port of Helsinki between Monday and Thursday for 3,000 people,” says Simola.

The conditions for entry are checked at the border check.

“For example, a negative coronavirus test result alone does not justify the entry of a foreign person. You can only travel from Estonia to Finland on a work basis if you do work that is necessary for the functioning of society or security of supply. Transport and logistics personnel are also covered by essential traffic in their work. Turnovers have decreased slightly this week, certainly thanks in part to the information we have improved, ”says Simola.

By Thursday of this week, 37 people had been returned to Estonia by the Gulf Coast Guard. 66 people were converted last week, compared to 98 the week before.

Infectious Diseases Act would not in itself prevent avia from also requiring freight transport and logistics staff to undergo a compulsory medical examination. Chief Regional Administrative Officer of the Southern Finland Regional State Administrative Agency Anne Hiiri says that here, however, the avi follows the guidelines of the Department of Health and Welfare, which are nationwide.

“Because they are engaged in such work, which is important for the functioning of society and security of supply, that they can transport goods back and forth, we do not want to make our decision to slow down such activities,” explains Mouse.

“However, they may cross the border several times a week.”

Drones, cameras and apps in pandemic: the risks of governments on surveillance technology

Cycling The cycling season is beginning and the epidemic has made cycling even more popular – Do you still remember these traffic rules that came into force last year?

The CaixaBank star already shines in the main Bankia headquarters