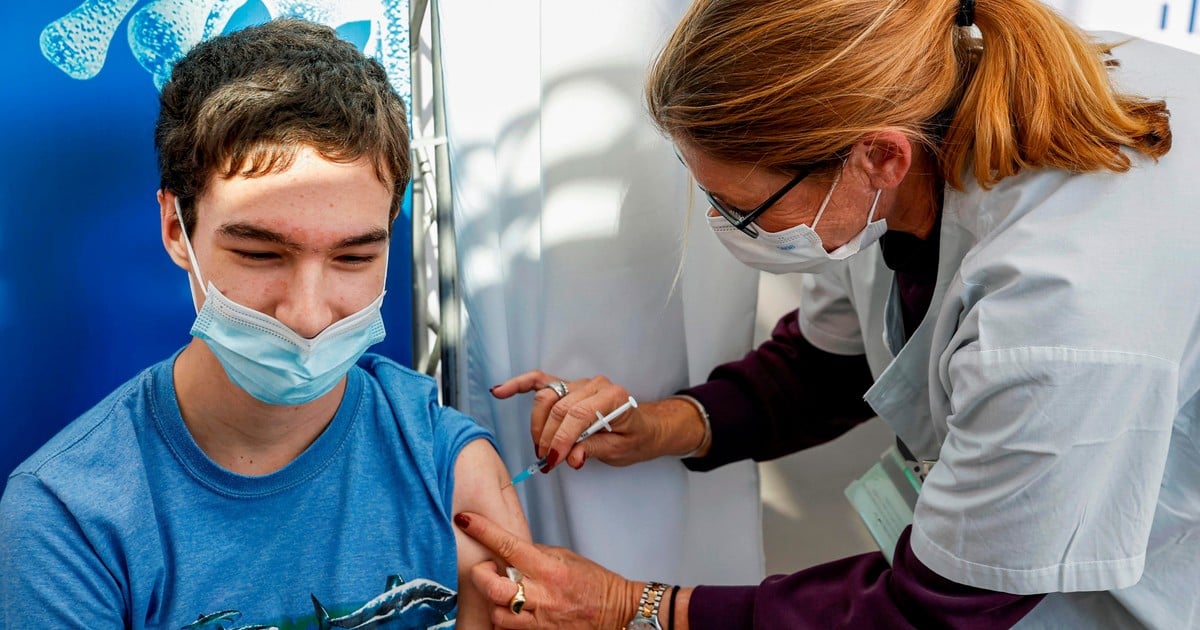 The Israeli authorities announced that this Saturday they began to vaccinate adolescents – only those born before 2004-, after completing the vaccination campaign for health personnel, the elderly and adults that have been voluntarily submitted.

Israel has already vaccinated 35% of its population, the first country in the world in this classification, well ahead of other countries such as the United Arab Emirates (23%), the United States (5%), Italy (2%) or France (1%), according to data compiled by the Our World in Data website, linked to the University of Oxford.

Adolescents must appear at the vaccination centers accompanied by one of their parents and in possession of their identity card.

Or, 18, receives the Pfizer-BioNtech vaccine against Covid-19. (AFP)

The initiative is in response to a proposal by the leader of Azul y Blanco, Benny Ganz, who proposed that adolescents be vaccinateds to be able to resume classes and above all to be able to take the registration exams that correspond to them.

Starting this Saturday too pregnant women may be vaccinated, although it is recommended to wait until the second trimester of pregnancy.

The vaccination of adolescents seeks to allow them to return to face-to-face classes. (AFP)

The aim of the campaign is that more than five million Israelis are vaccinated before the end of March, that is, more than half of the nine million inhabitants of the country.

The campaign has achieved a pace of more than 200,000 daily doses managed.

People who get the second dose of the vaccine will obtain an official certificate a week later that the should not be quarantined if they have contact with an infected person.

For a better astronomical year