Coronavirus infections increase the more pollen is in the air, according to a study 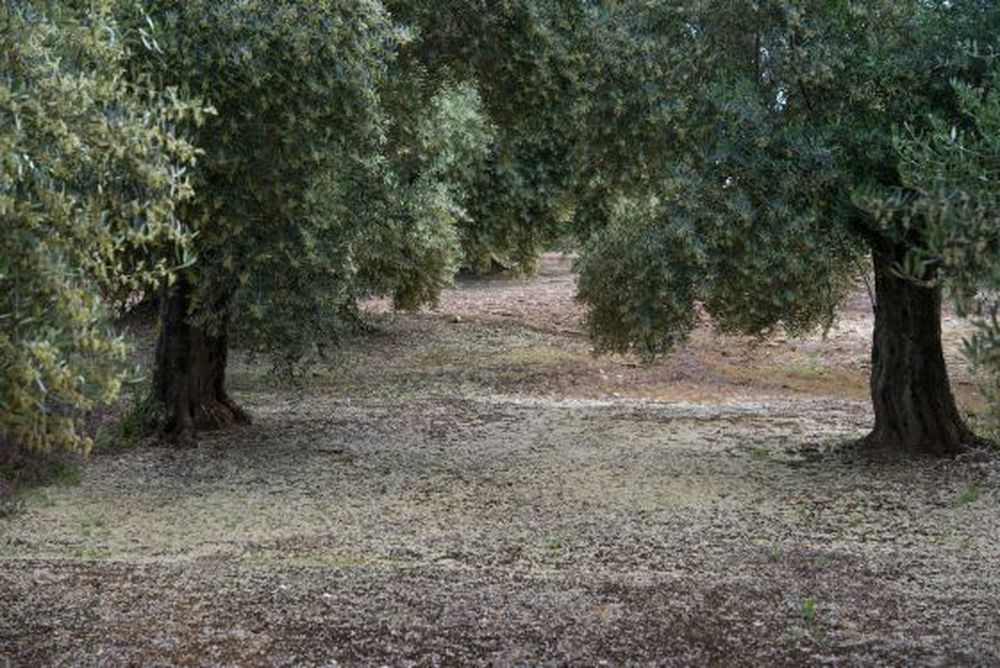 The concentration of pollen in the air seems to have a connection with the coronavirus: the more grains in suspension, the greater the number of infections. It is a single study carried out between March and April of last year, but it is based on data from almost 250 stations spread throughout the planet, several of them in Spain. The link would be that the pollen material weakens the first line of defense against respiratory viruses. And this is independent of whether you are allergic or not.

“When pollen increases, infections rise. And when their concentration drops, they drop ”, says María del Mar Trigo, an expert in botany and plant physiology at the University of Malaga and co-author of the study. Wheat and the other authors overlapped the daily amount of grains from 248 aerobiological stations in 31 countries with that of the number of infections in the closest area (local, regional and, in the worst case, national). For example, in the Malaga case, the statistics focused on the metropolitan area of ​​the Andalusian city. These stations capture the particles present in the air, be it pollen, bacteria or inorganic dust. Once collected, they are identified in the laboratory.

The correlation between pollen and contagions was verified in almost all the areas they studied, most of them European. The study even gives concrete percentages: for each increase of 100 grains per cubic meter of air, they observed a 4% increase in the number of cases after three or four days. But more than a certain figure, what Trigo stands out is the correlation of rises and falls, which is almost universal. Only the dozen participating stations located in the southern hemisphere, where it was autumn (the season with the least circulating pollen) were out of the pattern when the measurements included in the study were made, just published in the scientific journal PNAS.

The initial goal of the work was to collect more data, but at many points they stopped collecting it due to the pandemic and the lockdown measures. “We got a permit to continue going to pick them up,” says Trigo. Microscopes were even brought home to determine both the concentration and the type of pollen it was. Although they do not appear in this first study, they continued and continue to send information.

Athanasios Damialis, Head of Aerobiology at the Technical University of Munich (Germany), is the main recipient of pollen concentration data sent by more than a hundred colleagues from around the world. For him, although the confinement was a setback, it allowed them to introduce it as a variable in the study and focus it on the time when the two phenomena to study that interested them coincided: first wave and pollen concentration. “In Spain, the analyzed period was 28 days. In statistical terms, the daily temporary samples are enough to draw reliable conclusions ”, he maintains in an email. To reinforce their results, they verified that where or when the confinement was reinforced, the parallel variation of pollen and contagion weakened.

For Damialis, continuing to feed the study with data from the following months, especially those of the summer, would not have made much sense. The end of confinement, the reopening of borders and schools would have obscured the influence of pollen. Furthermore, in Mediterranean areas such as most of Spain, “high temperatures and drought could eliminate the effect of the virus regardless of other factors such as pollen.” At the end of the summer and the beginning of the autumn the second wave of the pandemic was produced, fueled by tourism, the return to school or the arrival of the cold. And it is the time of the lowest relative pollen concentration. There is also another key detail, the masks. As an effective defense that allergists have been recommending for years, its widespread use after the first wave would be distorting the pollen effect. Finally, the study authors recall that the key factor has always been interpersonal contact, pollen concentration is a secondary element.

Even so, colleagues from the southern hemisphere sent the Damialis group data from the beginning of the austral spring. They are not included in the final writing of the study, but there they also saw the connection between pollen and coronavirus. In addition, they are now checking the data for some selected sites, such as the Augsburg area (Germany), areas of the Netherlands and also Mediterranean climates such as Thessaloniki in Greece. “We see in all of them that, from February to last Sunday, there is a consistent and significant positive correlation between pollen and the number of infections.”

Why? This is what they try to answer in the rest of the study. They bet on the possibility that pollen weakens the immune system, making it easier for the coronavirus to work. To support it (in the work there is no experiment in this sense), they recover the latest essays made by some of the co-authors of this research. In September 2019, scientist Stefanie Gilles published a scientific article on the relationship between pollen concentration and two respiratory viruses, rhinoviruses (causing the common cold) and respiratory syncytial virus.

This work, published in the magazine Allergy, rested on three legs. On the one hand, the monitoring of 20,000 people for three years, measuring their exposure to pollen and cases of rhinovirus. On the other hand, they exposed human airway epithelial (inner wall) cells first to three types of pollen and then to rhinovirus. In a third experiment, this one with mice, they surrounded them with pollen and then infected them with respiratory syncytial virus. They found that both human cells and mice increased viral replication.

“If we spray birch pollen extract on the noses of non-allergic people, many genes involved in defending against viruses are deregulated”

Stefanie Gilles, researcher at the Technical University of Munich

Gilles explains it like this: “Pollen is known mainly as an allergen, but what we have investigated is how it also affects non-allergic individuals. We know, for example, that if we spray birch pollen extract on the noses of non-allergic people, many genes involved in the defense against viruses are deregulated, which implies that the antiviral immune response is diminished ”. They still do not know which pollen component is the cause, “but we know that it is not the same that causes allergies,” he adds. Gilles details that this unknown element “causes a lower production of antiviral interferons during a viral infection.” They also do not know if what they have observed in two respiratory viruses would be valid for the coronavirus, another respiratory virus.

The immunologist from the Hospital Universitario de Canarias Yvelise Barrios highlights the role of these interferons: “they give the first alarm signal, also recruiting other elements of the innate immunity system”. Barrios, member of the Spanish Immunology Society, adds that a lower production of these proteins “prevents the immune system from noticing and generating a response in time.” But, he clarifies, the studies on the connection between pollen and this dysregulation are so recent that little is known about it.

To the allergist Ángel Moral, this research seems relevant, but it raises many doubts. The main one has to do with the chronology: “In the northern hemisphere the highest concentration of pollens is in the spring months and they have measured in winter. The improvement of the first wave occurred in May, when there is more pollen ”. And he mentions two Spanish areas: “The worst place for grasses is Extremadura and that was where there were fewer infections and in Jaén, with the highest concentration of pollen from olive trees in May and June, no higher incidence has been described in that time ”. For Moral, president of the Aerobiology Committee of the Spanish Society of Allergology and Clinical Immunology, “the curves simply do not match.”

His colleague Dr. Javier Subiza does consider the work of great importance. “We knew that in pollen seasons our patients would get colds more, but it was thought to be a side effect of the allergic reaction. This work, however, highlights that pollen eliminates our first line of defense, whether allergic or not ”.

Regarding asynchrony, Subiza recalls that in recent decades “winter pollens have increased a lot, while those of April or May, like those of grasses, have not.” And he gives two examples that he has investigated. Cypresses have advanced their pollination season by almost two months and have lengthened it by almost another. Meanwhile, the shadow banana, one of the main pollinosis generators in cities like Madrid or Barcelona, has advanced its moment by five days since 1980. The key, concludes the allergist, “is in climate change, which is lengthening the pollen season.”

Oscar 2021: synopsis and trailer of the Academy Award nominees for best film