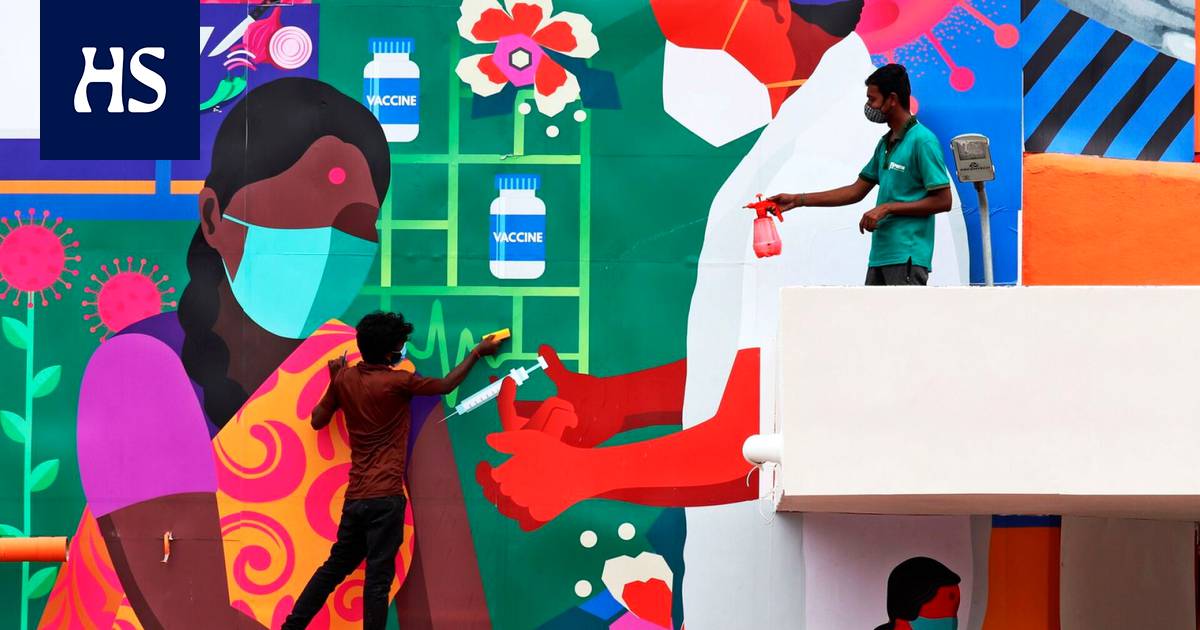 The so-called coronavirus delta variant spread to the world from India. Now a new variant, the sudden deltaplus, has spread to several states.

Body lesions the thickest fumes have evaporated in India and the number of corona infections has begun to ease. Now the country is waiting for how the new variant will start to affect the disease situation.

This is the more intense variant of the delta transformation, deltaplus.

A native of Uttarakhand, who teaches yoga in Mumbai Ravindra Rawat planned back in March that he would pick up his wife in Mumbai. That did not happen.

Like many Indians, Rawat is at work far from his homeland and family. Last year, the first wave of the corona epidemic and the ensuing closure of society forced Rawat’s hometown to the foothills of the Himalayas as the yoga studio in Mumbai closed. There was no work and no income.

“The third wave is coming. My wife is safer at home than here in the city of millions, ”she says.

Also, both parents of the couple, who married two and a half years ago, opposed the wife’s departure as a human bustle in Mumbai.

“Spring was such a shocking time that we don’t want to risk anything,” Rawat says.

However, he or his wife are not going to get vaccinated. Rawat believes that resilience can be strengthened and maintained with the right lifestyles and diet. Only six percent of India’s adult population is fully vaccinated. Less than 20 percent have received the first dose of vaccine.

Indian the second wave is on the verge of decay, with a daily incidence of about 40,000. At its highest, more than 400,000 infections were recorded per day.

Behind the healing, however, is a haunt of a new troll: the more alert version of the so-called delta transformation that has developed in India, or deltaplus.

“Deltaplus has received a lot of attention because it combines variants of two worrying variants, Delta and Beta,” says an Indian virologist and professor at Ashoka University. Shahid Jameel To Helsingin Sanomat.

First the delta case in India was registered in April in the state of Maharashtra, the largest city of which is Mumbai. Cases of delta plague have now been reported in more than a dozen Indian states and a couple of dozen other countries.

“The biggest threat is the emergence of a new, highly contagious variant.”

The Indian Ministry of Health has called on all states that have detected delta plague infections to step up testing and tracing. Meanwhile, health authorities have assured that Indian vaccines are doing the delta plush conversion. Not all experts agree.

“The biggest threat is the emergence of a new, highly contagious variant. Deltaplus may not be like that, ”says Jameel.

He estimates that the crucial moment for the emergence of the next wave in India will be the celebration of October-November, when the masses of people will crowd in public places.

“I would bet, however, that the third wave will remain dilute or even individual clusters of infection.”

According to Jameel, there is not much researched information on the delta plus transformation yet. So far, it has not been observed that the symptoms of coronary heart disease caused by it differ from those caused by the “normal” delta transformation. Nor is it assumed that individual groups of People, such as the elderly or children, are at particular risk for delta plush.

Jameel believes that India can be spared a large third wave if Indians still manage to follow mask recommendations and avoid crowds.

However, corona fatigue is clearly visible on the streets of Mumbai, as mask compulsion is only partially complied with. Respirators often hang in people with one ear or under their chin, and safety gaps are considered mostly in theory. A person walking in Mumbai without a mask can be fined 500 rupees, or about six euros. Spitting on the street can cost a thousand rupees, or about 12 euros.

Restrictions on business have also been relaxed, but in Mumbai, shops still have to close at 4pm, as do cafes and restaurants. On weekends, eateries are closed.

“The third wave, or the severity of it, also depends on how the vaccination program progresses,” Jameel says.

With 1.3 billion inhabitants in India, the vaccination project is a huge logistical project.

Vaccination rate have slowed the vaccine shortage and the organization of the vaccination program. Vaccination time needs to be booked on a smartphone that tens of millions of Indians cannot afford.

Millions also can’t read and therefore can’t book times. The system also allows vaccinations without the allotted time, but only after the actual appointments, in which case the vaccination doses are often over.

The coroner was hit politically on Wednesday. Prime minister Narendra Modi announced a thorough reorganization of its government, which resulted in, among other things, the Minister of Health Harsh Vardhan and his deputy ministers had to leave their seats.

More than 405,000 people have died of coronavirus disease in India.

India is being tortured also “sequelae” of coronary heart disease, such as mucormycosis.

Mucormycosis, a “black fungus,” is a rapidly progressing fungal infection that is fatal if left untreated. Inflammation usually travels from the nose and mouth through the eyes to the brain. Patients may need to have their eyeballs or chin removed. Cases of mucormycosis are caused by corticosteroids used to treat coronary heart disease, which weaken the body’s immune system.

More than a thousand mucormycosis deaths and 10,000 cases have been registered in Mumbai alone.

Read more: Thousands received saline solution in India instead of the coronary vaccine

Read more: The Indian variant is feared to be the dominant variant of the rising coronavirus