Coronavirus In the Helsinki metropolitan area, flu symptoms can now be considered primarily caused by the coronavirus – Husin Järvinen urges mild people to get sick at home without an official test 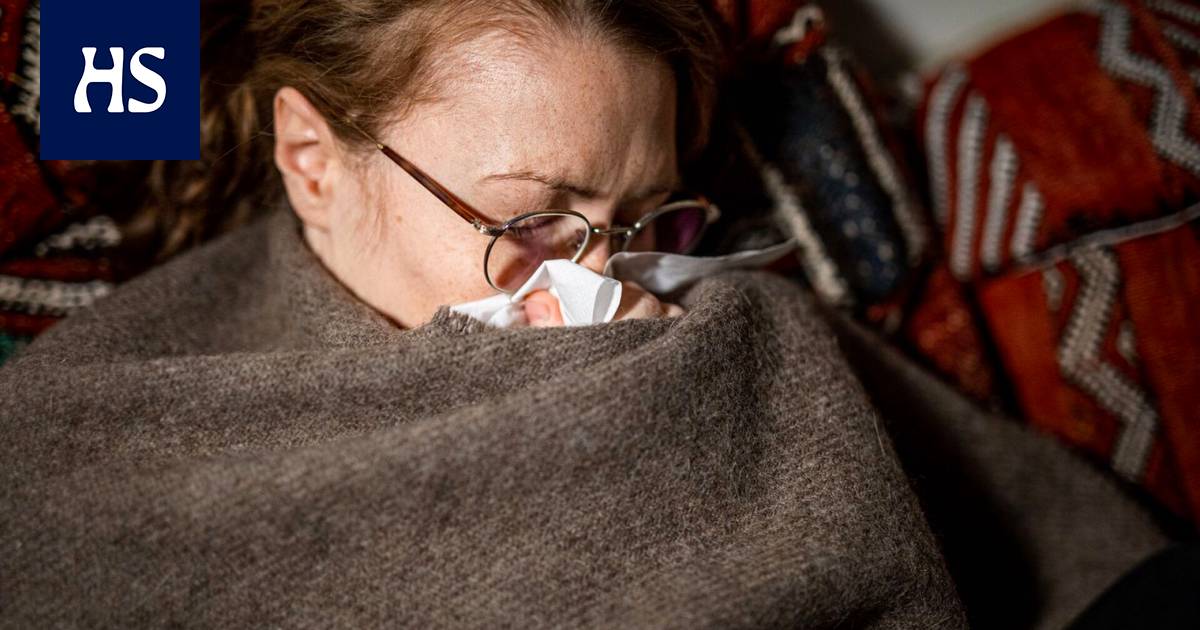 “If I have been vaccinated and there are no other risk factors, then one can think that this disease is hardly a significant danger to me. This is like the flu, ”says Chief Physician Asko Järvinen.

With KoronaVIRUS is two faces even stronger with the omicron transformation. Penalties range from asymptomatic illness to death.

Chief Physician for Infectious Diseases Asko Järvinen The Helsinki and Uusimaa Hospital District (Hus) estimates that the disease is gradually shifting towards a common respiratory infection, but this is not yet the case.

“For the most part, it’s a pretty mild illness. It’s like the flu, especially in younger people, ”says Järvinen.

This is therefore the case in areas where omikron is the main virus. It spreads rapidly, but does not appear to be more dangerous than previous virus variants.

“Thanks to God, the majority of people do not get seriously ill,” Järvinen says.

Situation differs from previous waves of infection, especially in that more than 80 percent of those over 12 years of age have already received two doses of coronary vaccine. It has become clear that despite vaccinations, omicro can be struck, but severe forms of the disease are rare in vaccinated people, according to Järvinen.

“For the majority, this doesn’t mean much to itself other than a regular respiratory infection. So if it affects a vaccinated person with a good immune system. ”

And Järvinen is not only talking about young people, but according to him, the situation is relatively safe for the majority of vaccinated elderly people.

“However, the effectiveness of the vaccine in the elderly would appear to be weaker than in the younger ones in terms of protection against severe diseases as well,” he explains.

What kind so is omicron disease at its most typical?

“It can be a fever for a few days and symptoms of a respiratory infection for a while,” Järvinen says.

The illness ends there.

According to Järvinen, those who are approaching retirement age and older will be more likely to become “long-term”, ie ill for a couple of weeks.

Its own chapter is still the actual long-term coronary heart disease, that is long covid. A group of experts from the Ministry of Social Affairs and Health (STM) said last week that coronary heart disease can be long-lasting – that is, lasting at least months – even in every other infected adult. However, there are conclusions to the report questioned.

The metropolitan area infectious disease doctors argued early in the week that corona should begin to be treated in sick leave like any other respiratory infection. He was the first to report on the matter Evening paper.

After the number of infections has risen to thousands every day, the “test, isolate, trace” strategy is no longer useful, according to Järvinen.

Contrary to the strategy approved by the government, the infectious disease authorities in Helsinki, Espoo and Vantaa decided on Monday to abandon quarantine. In the future, cities plan to trace the infection mainly in health care units, care institutions and housing units for at-risk groups.

“Even if we act immediately, the time for infectivity is usually over,” says the chief physician responsible for infectious diseases in the City of Helsinki. Sanna Isosomppi justified the municipalities’ decision in an interview with HS on Tuesday.

Read more: Municipalities had to change their coronal line against the strategy approved by the government – “It puts us in a difficult position”

Järvisen according to vaccinated, basic healthy people can contract coronavirus disease like the flu at home and without a test. It is, of course, necessary to turn to the health care system with a low threshold if the condition continues to deteriorate.

“It so happens that the healthiest meet the test times. On the other hand, the sick may not be eligible for the test, which would require more attention to treat the disease. ”

However, in the changed epidemic situation, according to Järvinen, it is not appropriate to categorically test all symptomatic people and at the same time overload testing and healthcare.

“It so happens that the healthiest meet the test times. On the other hand, the sick may not be eligible for the test, which would require more attention to treat the disease. ”

Omikron is now so widespread, especially in the Hus area, that even without a test, there is a strong suspicion that the disease may be caused.

“At the moment, the symptoms of a respiratory infection are perhaps primarily a crown for everyone, unless proven otherwise,” Järvinen says of the situation in the Helsinki metropolitan area.

Although the coronary situation may manifest itself at the individual level as a mere low-risk respiratory infection, to society it still is not.

“We still have so many unvaccinated people that produce so many severe forms of the disease that hospitals are in trouble. There are more patients in the Hus area than ever before at the peak of any wave, ”says Järvinen.

Nationwide, there are 700 coronary heart disease patients in nationwide on Wednesday, 59 of whom are in intensive care.

“So in this respect, this is not a common respiratory infection,” Järvinen estimates.

According to Järvinen, you can also end up in hospital after being vaccinated, for example due to symptoms of shortness of breath, but this is not common.

According to Järvinen, if a vaccinee needs hospital treatment due to an infection, it is typically a situation where the person’s immune system has weakened for some reason.

Paragraph the two-year-old Korona era could first unite people as everyone sailed towards the unknown in the same boat. Now the situation has changed, Järvinen sees.

“There is no such common experience of the disease situation and the measures required.”

The reason for the change is that the disease picture in coronavirus is anything but uniformly similar throughout the population. If you yourself are not likely to be in danger, you can already get bogged down in years of coronation fighting. Järvinen believes that then, for example, avoiding extra contacts is more likely to slip.

At least those who are themselves seriously at risk or who know someone close to them are most likely to live in a different kind of corona reality.

“Some are still very scared. Either for a good reason – there may be a lack of immunity or something else – or it is partly frozen in a mode of fear that people leave at slightly different times, ”says Järvinen.

Omicron conversion it is therefore worthwhile to look at the corona situation from even more diverse angles. The danger of the disease should still not be underestimated, but according to Järvinen, there is no need to fear it if the disease can be contracted at home without dealing with healthcare.

“If I have been vaccinated and there are no other risk factors, then one can think that this disease is hardly a significant danger to me. This is like the flu, ”says Järvinen.

Even if you do not pass the test, it is still a good idea to stay in self-isolation at home as a symptom. Järvinen also urges sufferers to contact people who may have been exposed at the onset of symptoms on their own initiative.

“This is now the place for more and more interplay,” Järvinen sums up.

Arbitration farce in the Tunisia-Mali meeting

Bärbel Bas: After the formation of the government, tackle electoral reform