Coronavirus in Paraguay: record of 140 deaths in one day and request for oxygen from Brazil 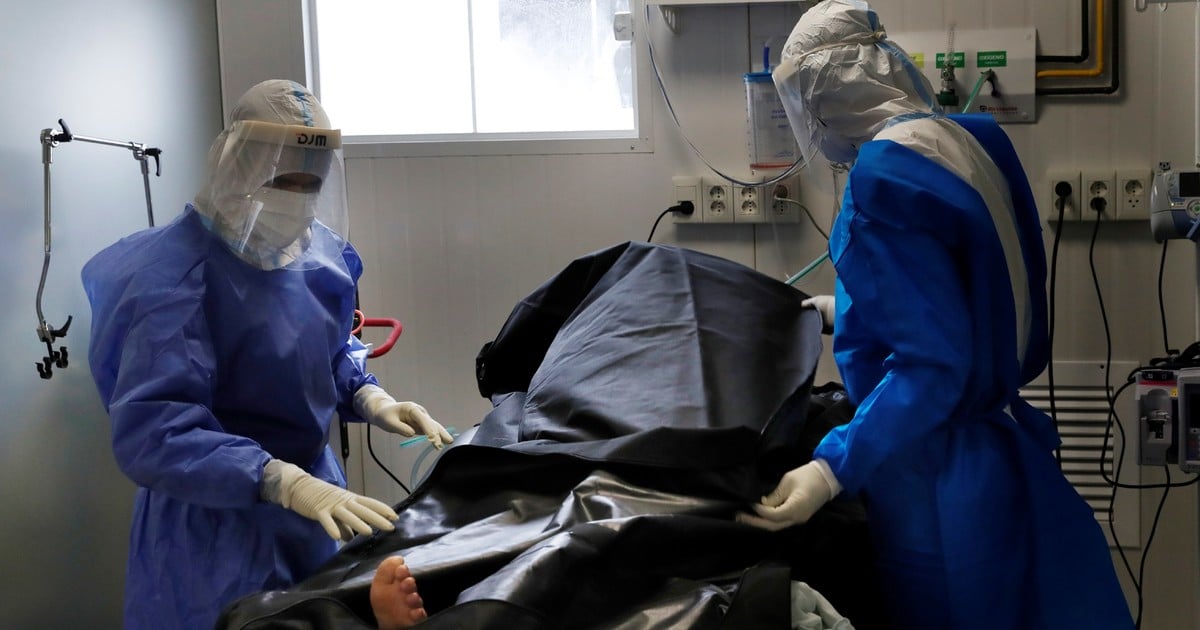 Paraguay on Tuesday registered its highest death toll from coronavirus since the beginning of the pandemic, with 140 dead in a single day, as reported by the Ministry of Health in its daily report.

With this record of deaths, the total number of fatalities due to Covid amounted to 10,145 in the neighboring country since March 2020.

The health system continues with a high number of hospitalizations, with 4,131 hospitalized for coronavirus, of which 571 are in intensive care.

Paraguayan Health Minister Julio Borba confirmed on Tuesday that the country asked Brazil to release more oxygen for export, given the shortage suffered by Paraguayan hospitals due to the increased consumption due to hospitalizations for coronavirus.

Borba reported that it was the president of Paraguay, Mario Abdo Benítez, who contacted his Brazilian counterpart, Jair Bolsonaro, to get the oxygen shipments from Brazil.

“He said he was going to put Your best effort so that this can be achieved, “the Health Minister commented to the media this Tuesday, at the Presidential Breakwater of the Silvio Pettirossi Airport, during the arrival of new doses of vaccines.

Paraguay had until this Tuesday with 4,131 hospitalized for coronavirus, of which 571 are in intensive care, according to data from the latest report from the Ministry of Health.

The numbers of infections and hospitalizations, far from falling, continue to rise, which has caused the need for oxygen to increase their consumption “500%”, in Borba’s words.

Given the increase in demand, the production capacity of the five companies in charge of supplying the Ministry of Health “is far below the needs” and they have found trouble providing oxygen.

The situation creates “quite a major drawback” and it was the reason for a meeting, this Tuesday, between the president, the Minister of Industry and Commerce, Luis Alberto Castiglioni, the Chancellor, Euclides Acevedo, Borba himself and the legal representatives of the five companies.

The immediate solution is the request to Brazil, and another “in the medium term” is also contemplated, with the construction of processing plants oxygen in most health services in the country.

In addition, the Aceros del Paraguay (Acepar) plant will produce oxygen to try to supply hospitals, although its capacity is limited to 6,000 liters of oxygen per day, which is the equivalent of two-day consumption at the National Institute of Respiratory and Environmental Diseases (Ineram).

Paraguay received 40,000 doses of the Sputnik V vaccine on the same Aerolineas Argentinas flight that brought the active principle to our country. Photo Juan Mabromata / AFP

Paraguay received this Tuesday afternoon 40,000 doses of Sputnik V vaccine, of the million bought from the Russian Fund for Direct Investment.

So far, the neighboring country had only received 64,000 vaccines from Russia, and with this new delivery already accumulates 104,000.

The director of the Expanded Immunization Program (PAI), Héctor Castro, said this Tuesday, upon the arrival of the vaccines, that they will be applied as first dose, to continue with the national vaccination plan.

The 40,000 doses of Sputnik V were distributed throughout the evening in most parts of the country.

The Russian vaccines arrived in Paraguay on the same Aerolineas Argentinas plane that brought almost 500 thousand doses to Argentina, in addition to the first 300 liters of the active ingredient to start the local production of the Sputnik V vaccine.

The president of Paraguay, Mario Abdo Benítez, assured this Tuesday that in June the 500,000 vaccines received will be exceeded and trusts that this trend will continue in the coming months in order to accelerate the immunization process.