Coronavirus in Paraguay: at the worst moment of the pandemic and with a gloomy horizon 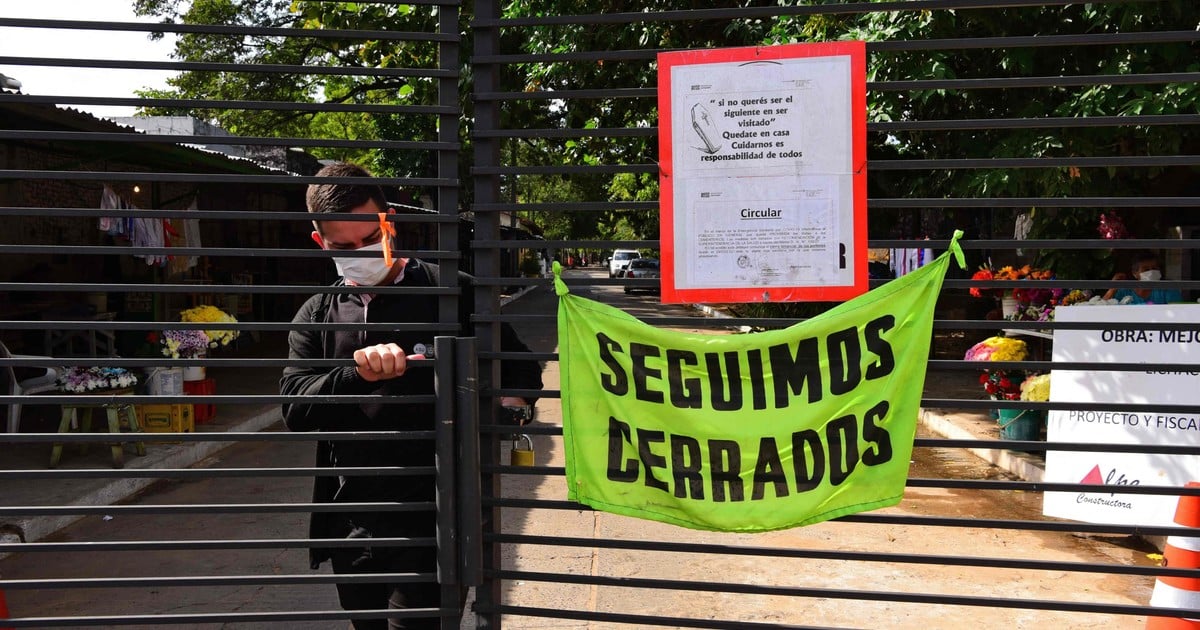 Dr. Fátima Obando does not want to reject patients, but she knows that at the Hospital de Clínicas, on the outskirts of Asunción, there is no capacity to receive them. Paraguay go through the worst time of the coronavirus pandemic and the forecasts for the coming weeks are grim.

“There is no direct rejection of patients, but when they arrive they are explained that there are no longer enough oxygen mouths, therefore, they cannot be given the attention they deserve. Unfortunately, for two weeks now patients have been rejected, “Obando, head of the infection control department at the Hospital de Clínicas, told AFP.

Paraguay, with a population of 7.3 million people, adds almost 11,000 deaths from covid-19 and some 400,000 infections. In the last two weeks it is located as the country with the highest mortality in the world, with a rate of 24.79 deaths per 100,000 inhabitants, according to an AFP count based on official figures.

The director of Health Surveillance, Guillermo Sequera, warned that Paraguay “It’s in red” due to the high death toll. “The country has a very high level of community transmission. The forecasts are quite dark for this month, and probably for part of July as well,” he said.

In the hospitals of Asunción there is a lack of oxygen and medicines. AFP photo

The more than 750 intensive care beds in the country are occupieds. In addition, about 200 patients in delicate condition convalesce in common rooms and even in hospital corridors, waiting for the liberation of a space in the Intensive Treatment Unit. Between 30 and 40% of ICU patients cannot bear the rigor and die.

“The situation is quite complicated. Despite the impressive growth (in the capacity of attention in intensive care) that was had, there is no way to give answers. If we continue at this rate not even if we have 1,000 or 2,000 beds we will be able to give an answer “, declared the Minister of Health, Julio Borba.

Marta Aquino, 26, managed to admit her mother to the Hospital de Clínicas, where she studies. But before he went through the suffering of seeing her pass two days without oxygen, attended in a chair.

“We came to beg for attention“in the hospital of the social security.” But they did not give us any type of attention. They only argued that they did not have space at that time, that they were saturated, “Aquino told AFP.

According to Dr. Obando, not only oxygen is scarce in hospitals, but also antivirals and antibiotics.

“Maybe there was insufficient planning of the Ministry of Health. The equipment and infrastructure were not available on time, and the sufficient number of personnel that would be needed for these times was not hired, “he evaluates.

If anything, the result is harsh images that show wards crowded with seriously ill people.

“We have 16 covid therapy beds that they are at 100% every day. We have 20 common hospital beds in the respiratory contingency area that are also 100% occupied. We have had to enable covid areas in other areas of the hospital. At this time we handle an average of 100 patients per day hospitalized for covid, “says Obando.

In this context, the vaccination campaign has progressed very slowly. Long lines formed last weekend, when those over 55 can be immunized. A total of 50,000 were able to be vaccinated between Saturday and Sunday.

According to official figures, in Paraguay the first dose has been administered to 475,000 people, equivalent to 6.7% of the population that she has to be immunized. The goal is to reach 30% in December and 75% of the inhabitants in 2023.

“Less than 500,000 Paraguayans has received partial or total immunization through the vaccine. This continues to favor high transmission and goes against the decrease in hospitalization and the mortality rate, “epidemiologist Tomás Mateo Balmelli warned AFP.