Coronavirus in Brazil: the governor of São Paulo affirms that the situation is ‘dramatic’ 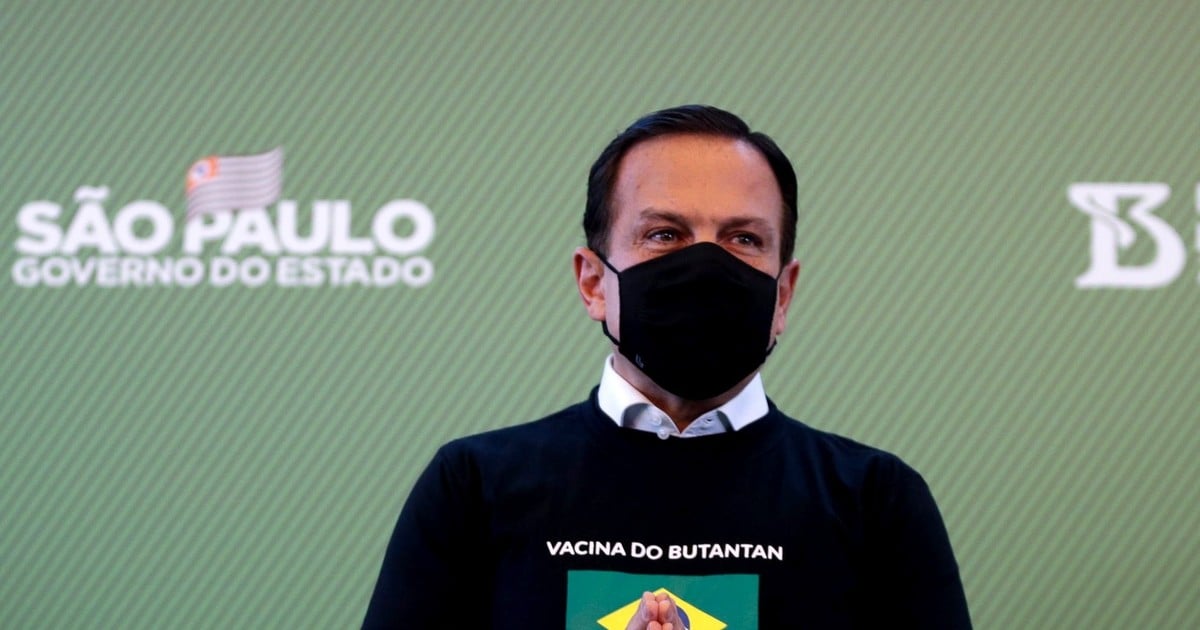 The coronavirus advances in Brazil and is “very serious” in the State of São Paulo, the one most affected by the pandemic, where the adoption of measures that reinforce the “red phase” of social isolation decreed this past Monday is analyzed.

“We are in front of a very serious, dramatic picture, not only in São Paulo, but in all of Brazil “, declared today the São Paulo governor, Joao Doria.

Brazil’s new Brazilian Minister of Health, Marcelo Queiroga, said Tuesday that the “union of the nation” is needed to face the new wave of the new coronavirus disease. Photo: XINHUA

Saint Paul registered on Tuesday his death record, with 679 cases. There are 10,507 patients with coronavirus admitted to the intensive care rooms of all the São Paulo municipalities, which represents an occupancy of 89%.

One hundred São Paulo municipalities reported the total occupation of their intensive care rooms, and that number tends to grow

Doria announced that this Wednesday he can announce new measures to intensify distancing. Let us remember that last Thursday, São Paulo began two weeks of severe restrictions, with a night curfew.

Until the end of the month parks and beaches will be closed, office workers must work remotely and the authorities asked to reduce classes to the essential minimum, among other measures.

The president of Brazil, Jair Bolsonaro. The country is going through a critical moment of the pandemic. Photo: AFP

Doria also criticized the doctor Marcelo Queiroga, the Minister of Health appointed this week by the president, Jair Bolsonaro.

The governor made statements at the Butantan Institute, where he participated in the ceremony for the shipment of 2 million Chinese vaccines, Coronavac, to the national government.

Vaccines on the way

The Brazilian Minister of Health, Army General Eduardo Pazuello, affirmed this Wednesday that the country is at a “tipping point” in the process to control the covid pandemic after having registered the highest number of deaths the day before since the beginning of the health crisis.

Pazuello, who in the next few days will be replaced by the cardiologist, Marcelo Queiroga, stated that, with vaccine production in the country already stabilized, Brazil will be able to accelerate its immunization campaign in the coming days and control the pandemic in the second half of this year.

“This moment is appropriate in terms of our ability to combat the pandemic. It is a turning point,” said Pazuello in statements he granted during the visit he made with Queiroga to the headquarters of the Oswaldo Cruz Foundation (Fiocruz) to receive the first batch of vaccines produced in the country by the considered largest health research center in Latin America.

For the first time .. 4 German coaches in the quarter-finals «Champions!