Coronavirus in Brazil: ‘My daughter and I are caught in the tragedy’ 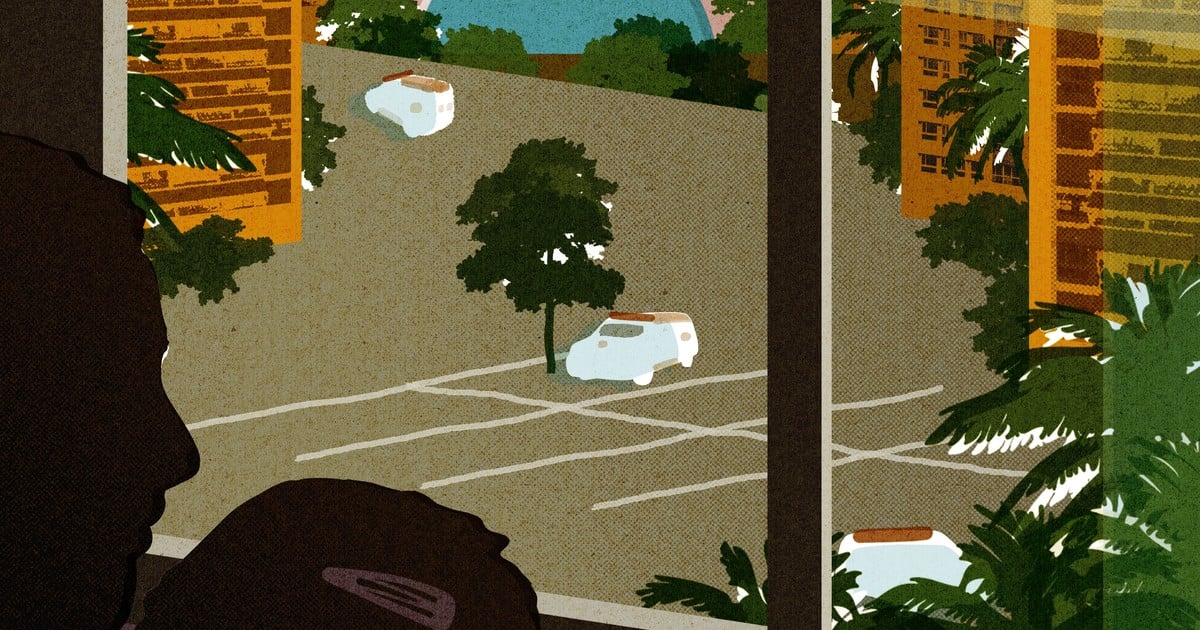 São Paulo, Brazil – From the balcony of my apartment I can see an ambulance parking lot.

For over a year, my 2.5-year-old daughter and I have eagerly and avidly monitored the movements of the ten ambulances that are stationed there.

It’s the kind of entertainment we have now.

People walk on the popular shopping street March 25 before Christmas, amid the outbreak of the coronavirus disease (COVID-19), in the center of San Pabloa. REUTERS / Amanda Perobelli

“Look, another one is coming back!” He tells me, pointing to an ambulance that stops and turns off its red and white lights.

It’s not exactly a rigorous analysis, I know, but I judge the severity of the pandemic by looking at this parking lot.

Since the beginning of the year, fewer and fewer ambulances remain immobile.

Now, during the day, it is common to see only one or two vehicles in the parking lot… and they are never around for long.

They just wait a moment and leave immediately, their sirens sounding, to answer someone’s call.

In São Paulo state, where I live with 46 million other people, the COVID-19 hospitalization rate more than doubled in the four weeks from February 21 to March 21.

I try to explain to my daughter, in a cheerful way, that those ambulances are transporting sick people to the hospital, where they are going to give them fruit-flavored medicine and they will get well very quickly.

When I see the incessant parade of ambulances, I try not to sound desperate.

I try to prevent my voice from saying everything I know of the 543 people who have died since the end of February in São Paulo alone while waiting for a hospital bed, of the more than 370,000 people who have lost their lives throughout the country … and that perhaps the worst is missing.

After all, in the southern hemisphere, winter is just around the corner.

However, I cannot hide the helplessness and anger that I feel, trapped in a small apartment for who knows how long, watching the tragedy unfold.

However, there was a glorious intermission.

In early February, my husband and I enrolled our daughter in a private school with lots of trees and clean air.

The classrooms are spacious and airy, and there are many outdoor classes.

He had never seen her so happy.

His social and emotional development skyrocketed.

He sang for no apparent reason and talked about his new friends.

However, in early March, my daughter tested positive for coronavirus.

We gave him fourteen drops of acetaminophen once every six hours for three days, which he didn’t like, but he responsibly obeyed.

His classmates and teachers were also isolated for fourteen days, although none tested positive.

He recovered quickly; my husband and I tested negative.

We couldn’t trace the source of the illness, although we assumed it must have been someone from the school.

“An immaculate infection!” My husband joked.

By the time our quarantine ended, in mid-March, the governor of São Paulo had declared a state of emergency and closed all schools.

The virus was sweeping the country and claiming a record number of lives.

A friend who works as a nurse told me that now it was common to see ambulance traffic in front of hospitals.

Outside our apartment, the parking lot was packed.

It was an increase that was clearly coming.

Since the virus arrived in Brazil last year, in reality, we have never had an emergency shutdown as such, not at the regional or national level.

Although state governors and city mayors have tried to institute some restrictions, the president Jair bolsonaro He did not stop defending the free movement of people … and, consequently, the virus.

The result could not be more stark: On average, there are roughly 3,000 deaths a day, a shocking number from a new, more contagious variant of the coronavirus.

Of the daily deaths from COVID-19 worldwide, at this time, Brazil represents almost one third part.

In dozens of states, intensive care rooms are at 90 percent capacity or more.

The word calamity falls short of describing the situation.

My 72-year-old father finally got his second dose ten days ago; my 67 year old mother just got her first dose last week.

Only 4.5 percent of the population is fully immunized, compared to 25 percent in the United States.

Our public health system is capable of doing much more, but we just don’t have the necessary vaccines.

We must never forget that last year the government of Bolsonaro turned down an offer of 70 million doses of the vaccine from Pfizer.

Many other countries are beginning to emerge from the crisis, while ours is increasingly sinking into catastrophe.

Still, Bolsonaro – who has been blunt in discouraging social distancing, testing and vaccinations – couldn’t care less.

“Enough worrying and yelling,” he said in March. “How much more will the crying continue?”

Without vaccines and the political will to stop the virus, we don’t have many options left.

We cannot take to the streets to protest – at least not without a high risk of infection – and the next elections are in a year and a half.

As for the rest of us, we continue to live as prisoners in our own homes, as we watch the ambulances go by.

Vanessa Barbara is an Opinion columnist who focuses on the politics, culture and daily life of Brazil.

On April 29, the 1st Conscious Companies Forum is held at the Faculty of Labor Sciences

Marta Torrejón will be tricentennial with Barça in Tenerife

Ukrainian deputies staged a scuffle over the Russian flag