Coronavirus in Argentina: another 215 deaths and 14,034 positive cases are reported 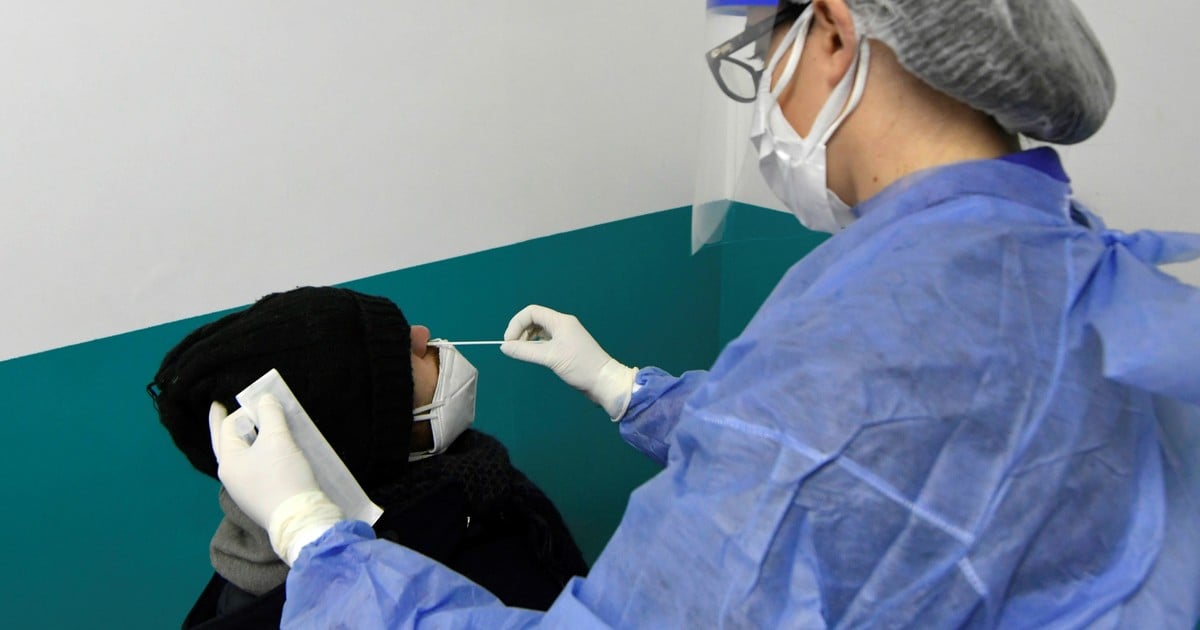 The Ministry of Health of the Nation reported this Saturday another 215 deaths and 14,034 new casess of coronavirus. Since the beginning of the pandemic, Argentina has recorded 95,594 fatalities and 4,526,473 infections.

The sharp decrease in those infected in one day occurs in a context of few tests, since in the last 24 hours only 86,265 were made, with a positivity of 16.2%.

Of the last reported deaths, 67 resided in the province of Buenos Aires, 48 ​​in Córdoba, 25 in Mendoza, 19 in the Federal Capital, nine in Formosa, eight in Chaco, six in La Rioja, five in Jujuy; four in Neuquén, Salta and Santa Fe; three in Santa Cruz and Santiago del Estero; two in Misiones, Río Negro, San Juan and San Luis; and one in Corrientes and Entre Ríos.

The restrictions on the entry of passengers will continue at least until July 9. Photo: Fernando de la Orden

While waiting to confirm the downward trend in infections and with the focus on delaying the arrival of the Delta variant in the country, the Government will define next week how it will update the restriction measures that expire on July 9.

Until next Friday, the Government of Alberto Fernández plans to support the closure of borders to tourism and the quota of 600 people per day to return from abroad, given the certainty that the Delta variant of coronavirus “will be prevalent in Europe for the purposes of August “and will end up landing in Argentina, as predicted days ago by the Chief of Staff, Santiago Cafiero.

However, this week the national director of Migrations, Florencia Carignano, did not rule out the possibility of expanding the quota of income to the country by air, from the control operations that were deepened in the districts, especially those that concentrate the largest number of travelers, such as the city and province of Buenos Aires, Córdoba and Santa Fe.

Is that the alarms went off between June 13 and 25 last, when Migrations found 40% of breaches of compulsory isolation in almost 2000 controlled homes, the majority committed by people who had returned from countries of “Europe and the United States” , “exactly where this variant of the virus was evidenced,” Carignano warned.

In addition, yesterday, the Ministry of Health reported that two travelers, one from the United States and the other from Venezuela, who reside in the city of Buenos Aires, fwere confirmed as cases of the Delta variant of coronavirus through the Anlis Malbrán Institute and they are fulfilling the seven-day isolation established by protocol.

The government did not rule out increasing the number of Argentines who can return to the country per day. Photo: Fernando de la Orden

The Delta variant was characterized as “of concern” by the World Health Organization (WHO) due to its greater transmissibility, but it does not register community circulation in Argentina, according to genomic surveillance studies carried out in the country.

With these two cases, at the moment the Delta variant that originated in India was sequenced in five travelers from abroad and has the world in suspense due to outbreaks of Covid-19 that occurred in European countries and even in others with a high vaccination rate, such as UK and Israel.

The sanitary measures adopted during July will depend on delaying the arrival of the Delta variant as much as possible, on redoubling efforts to increase the number of daily vaccinations and on the degree of awareness of the population about the importance of care, in a cold month intense and facing the mid-year school break.

This week, the Federal Council of Health (Cofesa), made up of the Minister of Health, Carla Vizzotti, and her provincial counterparts, agreed to advance the strategy of completing vaccination schedules in those over 40 years of age and strengthen the active search of the population prioritized who have not yet been vaccinated, with house-to-house visits.

During the meeting, the robustness of the scientific evidence – from the methodological quality to the observed results – on the effectiveness of a dose to reduce mortality in people older than 60 years was highlighted, it was officially reported.