Coronavirus “However, the virus is the same and the means to control it are the same” – Experts reassure concerns about delta spread in schools 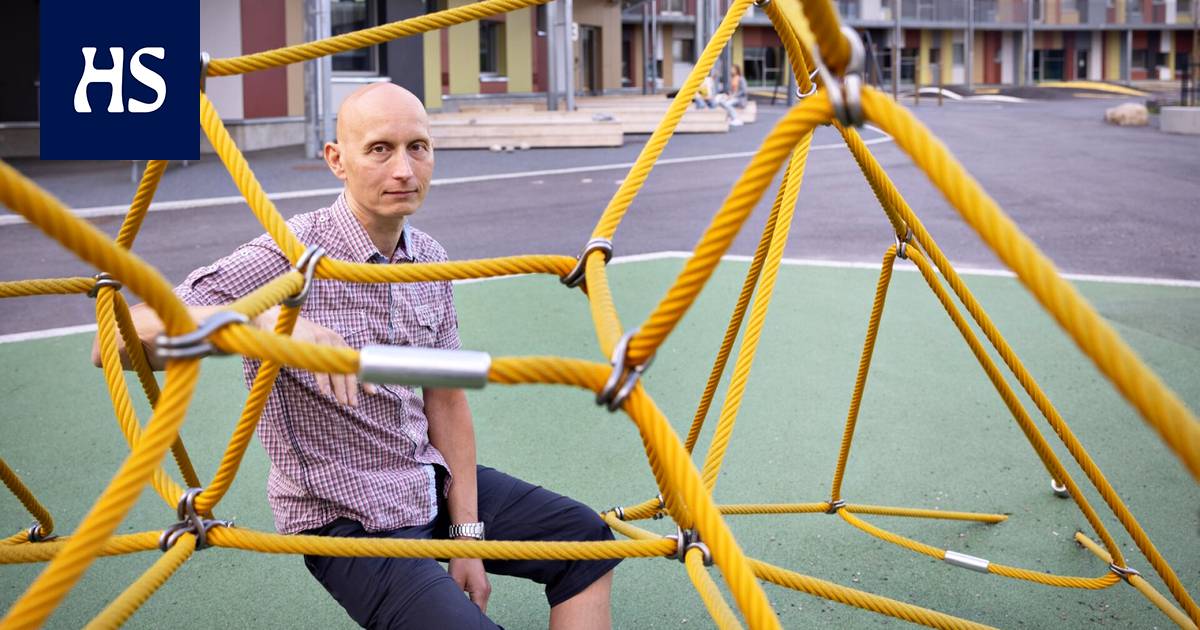 The start of the school year with the spread of the delta variant worries many. Terhi Tapiainen, a professor of paediatrics, does not believe that the delta variant also makes schools coronal, because vaccinations for adults also indirectly protect children.

New the school year begins in a situation where the delta variant and the easing of restrictions have fueled a sharp rise in the number of new coronavirus infections. Like many parents, from Helsinki Osma Ahvenlampea is particularly concerned about the safety of children under the age of 12 when starting school. They do not yet have the protection provided by the vaccine.

According to Ahvenlampi, many have the impression that children do not spread the coronavirus or become seriously ill from it.

“It may be that children do not spread the virus as sensitively as adults or do not get as seriously ill as adults, but yes they do spread and get sick. And it is children in this society who should be protected. ”

Ahvenlampi’s 10-year-old daughter will start the fifth grade on Wednesday.

Schools will start this autumn in Hygiene Activities, which have become familiar with contact teaching and use.

Issued by the Ministry of Education and the Department of Health and Welfare (THL) to schools, updated in August guidelines According to him, schools should take care, among other things, of washing hands and keeping safety distances. In principle, people over the age of 12 should wear a mask at school.

Ahvenlampi also criticizes the relationship of the guidelines to the information obtained on the nature of corona spreading.

“National guidelines seem to suggest more about cleaning surfaces and washing hands, but according to international research, the coronavirus is airborne.”

For this reason, according to THL’s separate guidelines, ventilation issues must also be taken into account in schools and kindergartens.

THL: n senior physician Emmi Sarvikivi reassures Åland and other worried parents. According to him, schools are not a special risk environment for corona spread, although there will be a lot of exposures.

“In light of the information gathered so far, children and even brochures are most commonly infected from home or in the immediate vicinity. There have been a lot of exposures in schools, but only 1-2% of those exposed were diagnosed with further infections last school year. ”

According to Sarvikivi, there is no experience of a possible change in infections in schools brought about by the delta variant. The dominant virus type in the spring semester was also the alpha or British variant in Finland.

The delta variant became the dominant variant during the summer when schoolchildren were on summer vacation. However, Sarvikivi does not expect the delta to have a significant impact on the situation of schools in Finland.

“However, the virus is the same and the means to fight it are the same. Interaction in schools is such that the risk of infection is not particularly high. Controls are generally well implemented in schools. ”

According to him, the situation is also positively affected by the fact that vaccines received by adults also protect children, as until now children have been infected primarily from home.

Mask recommendation According to Sarvikivi, the amendment can be considered locally and regionally depending on the situation, but so far it has not been deemed necessary to amend the recommendation. World Health Organization WHO has recommended use of the mask for over 6 years of age under certain conditions.

“However, the transition to large-scale distance learning has not been shown to be an added benefit alongside other restrictive measures.”

Hornstone recalls that coronavirus disease is often mild or asymptomatic in children.

“We know that children can also get serious forms of the disease and they have been reported around the world, but in Finland, for example, only 0.3 per cent of confirmed corona cases under the age of 18 have been hospitalized.”

Professor of Pediatrics and member of the National Vaccine Expert Group Terhi Tapiainen According to Oulu University Hospital, the starting level of infectivity in children is so low that even if it increased with Delta, it would still be considerably lower than in adults.

“There is still terribly no information on how much the delta variant will increase infectivity in school settings. It seems to be more contagious, but its significance for children’s illness is not yet known. ”

Tapiainen too emphasizes that vaccines received by the adult population also provide effective protection for children, and that the situation is therefore better than, for example, last spring – despite the fact that the delta variant is likely to be more contagious.

Coronation vaccinations were enabled on Monday for the entire 12-15 age group, and vaccination has already begun in some places.

Ahvenlampi says it is pleased that vaccinations for people over 12 have been started, but the decision to start them should have been made earlier. He hopes decisions to vaccinate younger children will be made more quickly if they are found to be safe.

“The issue is likely to come up in the coming months, so it looks like vaccinations can’t be started, at least in the early fall.”